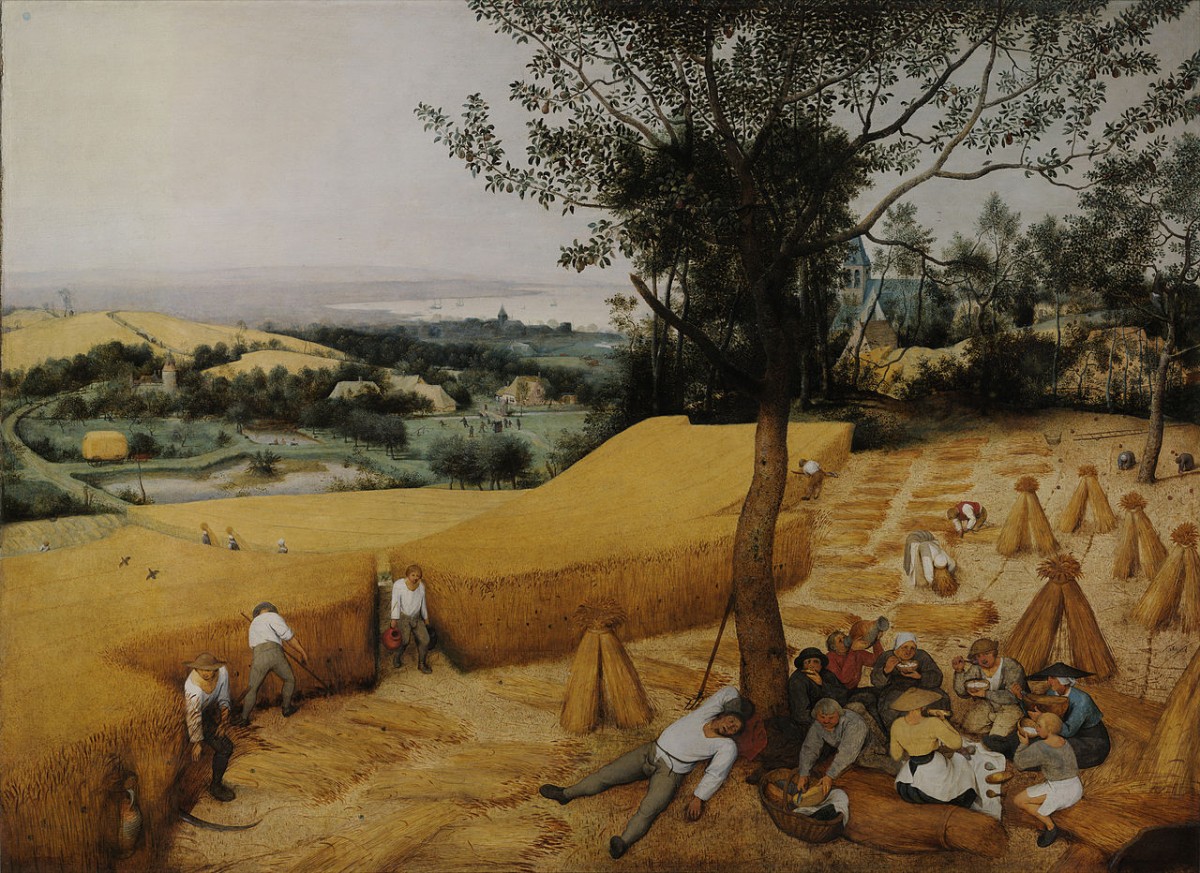 Conducting the first large-scale, genome-wide analyses of ancient human remains from the Near East, an international team led by Harvard Medical School has illuminated the genetic identities and population dynamics of the world’s first farmers.

The study reveals three genetically distinct farming populations living in the Near East at the dawn of agriculture 12,000 to 8,000 years ago: two newly described groups in Iran and the Levant and a previously reported group in Anatolia, in what is now Turkey.

The findings, published in Nature on July 25, also suggest that agriculture spread in the Near East at least in part because existing groups invented or adopted farming technologies, rather than because one population replaced another.

“Some of the earliest farming was practiced in the Levant, including Israel and Jordan, and in the Zagros mountains of Iran—two edges of the Fertile Crescent,” said Ron Pinhasi, associate professor of archaeology at University College Dublin and co-senior author of the study. “We wanted to find out whether these early farmers were genetically similar to one another or to the hunter-gatherers who lived there before so we could learn more about how the world’s first agricultural transition occurred.”

“We found that the relatively homogeneous population seen across western Eurasia today, including Europe and the Near East, used to be a highly substructured collection of people who were as different from one another as present-day Europeans are from East Asians,” said David Reich, professor of genetics at Harvard Medical School and co-senior author of the study.

“Near East populations mixed with one another over time and migrated into surrounding regions to mix with the people living there until those initially quite diverse groups became genetically very similar,” added Iosif Lazaridis, HMS research fellow in genetics and first author of the study.

Even as advances in ancient-DNA technology have made it possible to probe population mixing and large-scale migrations that occurred thousands of years ago, researchers have had trouble studying the genetic history of the Near East because the region’s warm climate has degraded much of the DNA in unearthed bones.

The team overcame the problem of poor-quality DNA in part by extracting genetic material from ear bones that can yield up to 100 times more DNA than other bones in the body. The team also used a technique called in-solution hybridization to enrich for human DNA and filter out contaminant DNA from microbes.

The combined techniques allowed the researchers to gather high quality genomic information from 44 ancient Near Easterners who lived between 14,000 and 3,400 years ago: hunter-gatherers from before the invention of farming, the first farmers themselves and their successors.

By comparing the genomes to one another as well as to those of nearly 240 previously studied ancient people from nearby regions and about 2,600 present-day people, the researchers learned that the first farming cultures in the Levant, Iran and Anatolia were all genetically distinct. Farmers in the Levant and Iran were genetically similar, however, to earlier hunter-gatherers who had lived in the same areas.

“Maybe one group domesticated goats and another began growing wheat, and the practices were shared in some way,” said Lazaridis. “These different populations all invented or adopted some facets of the farming revolution, and they all flourished.”

The findings tell a different story from what researchers believe happened later in Europe, when the first farmers moved in from Anatolia and largely replaced the hunter-gatherer populations who’d been living there.

Over the following 5,000 years, the Near East farming groups mixed with one another and with hunter-gatherers in Europe.

“All this extraordinary diversity collapsed,” said Reich. “By the Bronze Age, populations had ancestry from many sources and broadly resembled present-day ones.”

The researchers also learned how descendants of each early farming group, even as they began to intermingle, contributed to the genetic ancestry of people in different parts of the world: Farmers related to the Anatolian group spread west into Europe, people related to the Levant group moved south into East Africa, people related to those in Iran or the Caucasus went north into the Russian steppe, and people related to both the farmers in Iran and hunter-gatherers from the steppe spread into South Asia.

“The Near East was the missing link to understanding many human migrations,” said Pinhasi.

Finally, the study provides a few more clues about a hypothetical, even more ancient, population called the Basal Eurasians, an early diverging branch of the family tree of humans living outside Africa, whose existence Lazaridis has inferred from DNA analyses but whose physical remains have not yet been found.

“Every single group from the ancient Near East appears to have Basal Eurasian ancestry–up to around fifty percent in the earliest groups,” said Lazaridis.

To the researchers’ surprise, statistical analyses suggested that the Basal Eurasians may have had no Neanderthal DNA. Other non-African groups have at least 2 percent Neanderthal DNA.

The team believes this finding could help explain why West Eurasians have less Neanderthal DNA than East Asians, even though Neanderthals are known to have lived in west Eurasia.

Going forward, said Pinhasi, “We’re eager to study remains from the world’s first civilizations, who succeeded the samples analyzed in the study. The people everyone reads about in history books are now within the reach of our genetic technology.”