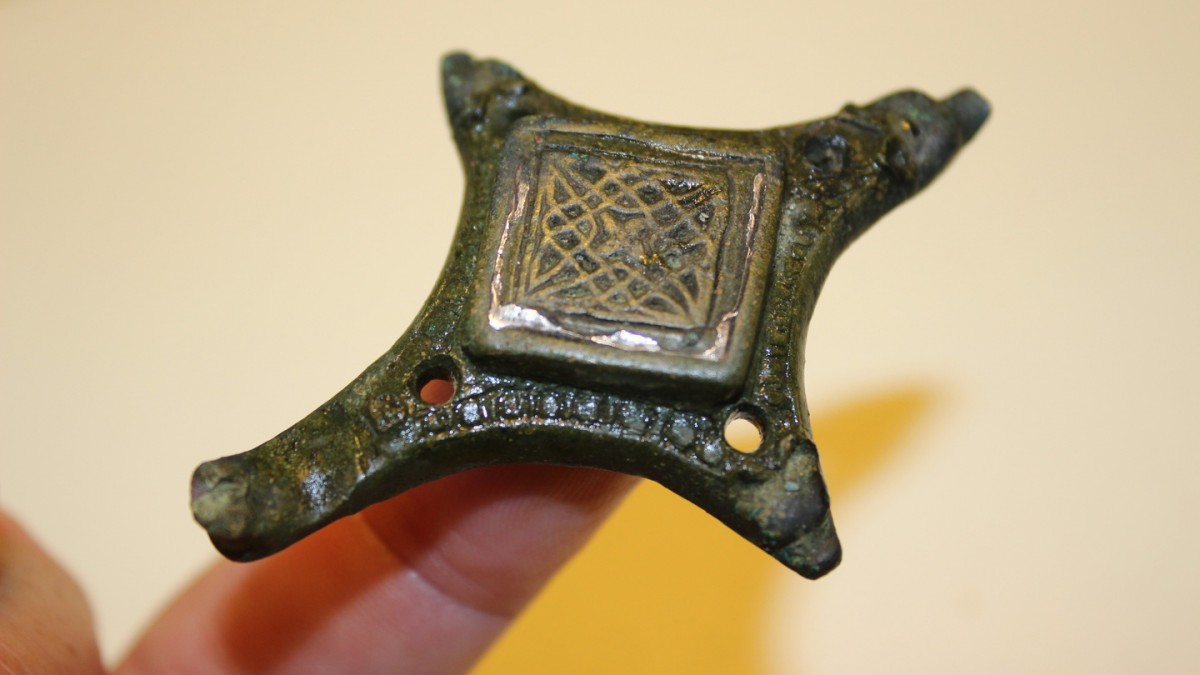 During a field trip

An American film student at New York University stumbled upon a rare 12th century kite brooch during a field trip in Ireland earlier this month. McKenna McFadden was taking a tour of Omey Island in Connemara, western Ireland, with archaeologist Michael Gibbons when she spotted the back of a metal brooch in some rabbit burrows on the shore.

“When I first looked at it, I really thought nothing of it! It was really pretty and I thought someone had possibly dropped it,” McFadden recalled. “I kept it with me until I caught up with Michael and he was very intrigued. He had me take him back to the site at which I found it. I didn’t fully realize how important the find was at the time. Now, I’m amazed and surprised and I’m very happy that I was able to place it in the hands of people who would appreciate it.”

McFadden and Gibbons handed the piece over to Galway city heritage officer Jim Higgins who identified it as a kite brooch from the 12th century. Kite brooches were used to fasten cloaks and shawls 900 years ago. They were called so from the shape of their heads which were often the field for fine ornament including sometimes, filigree in a style which owes much to Viking traditions. Only a handful of them have ever been found in Ireland. A very fine example was excavated from Viking-age deposits in Waterford and humbler versions have been found in Viking Dublin. The brooch will be housed at the National Museum of Ireland.