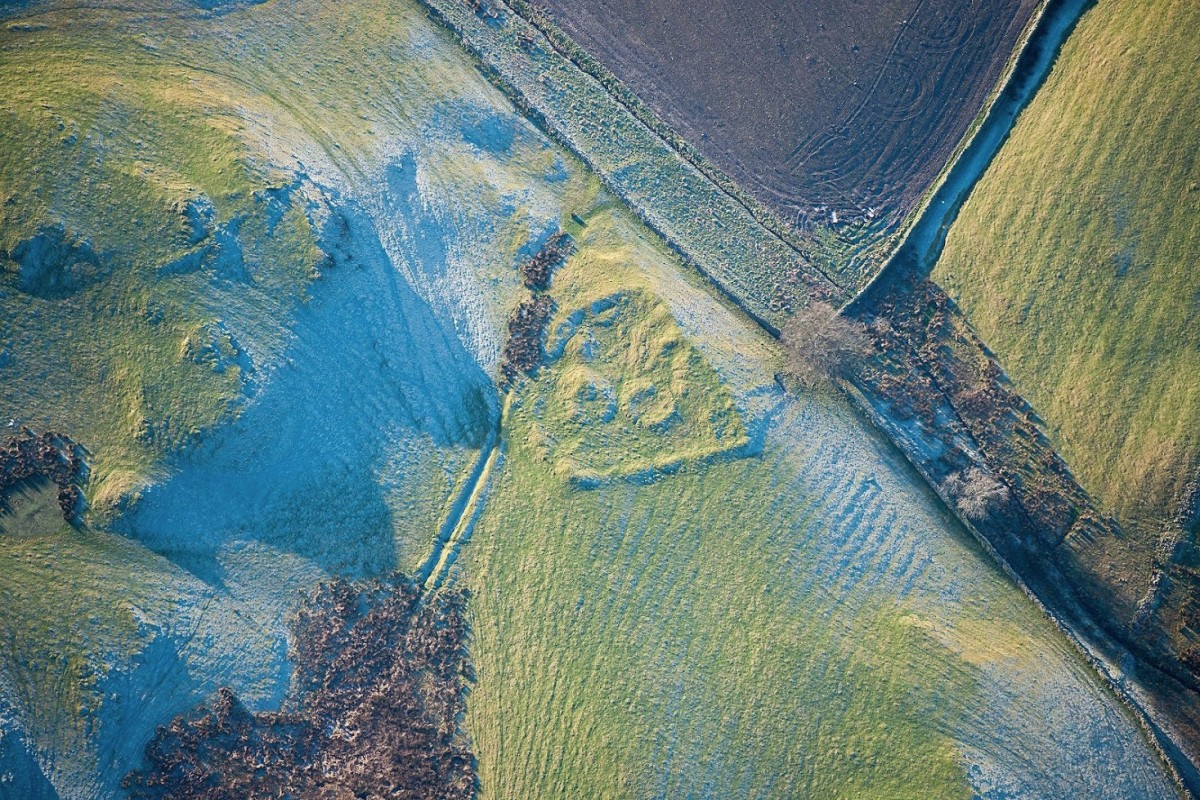 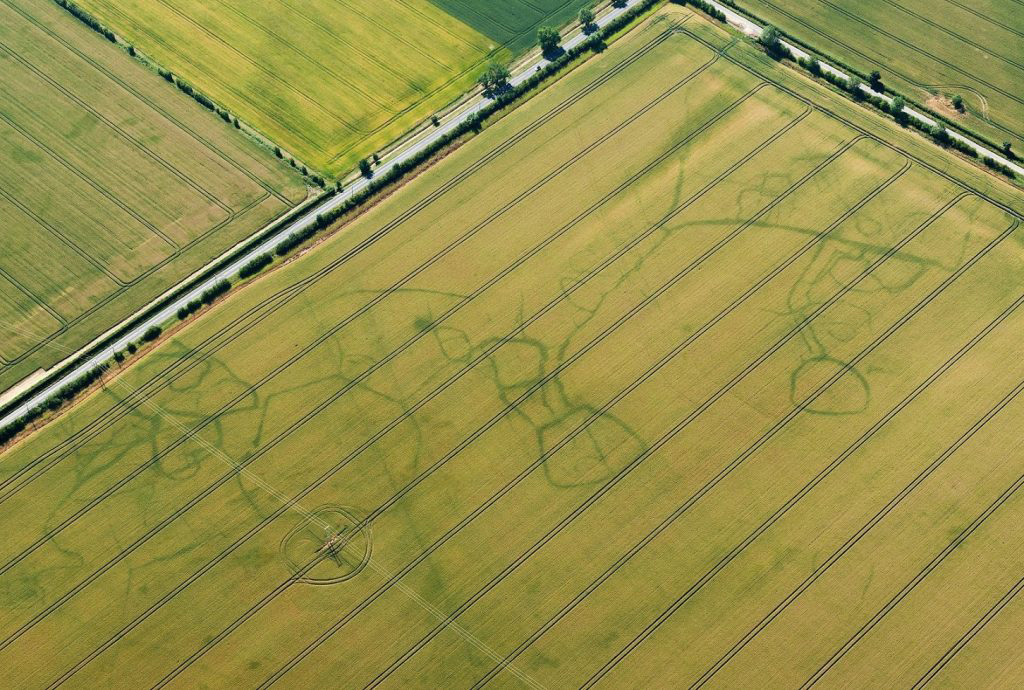 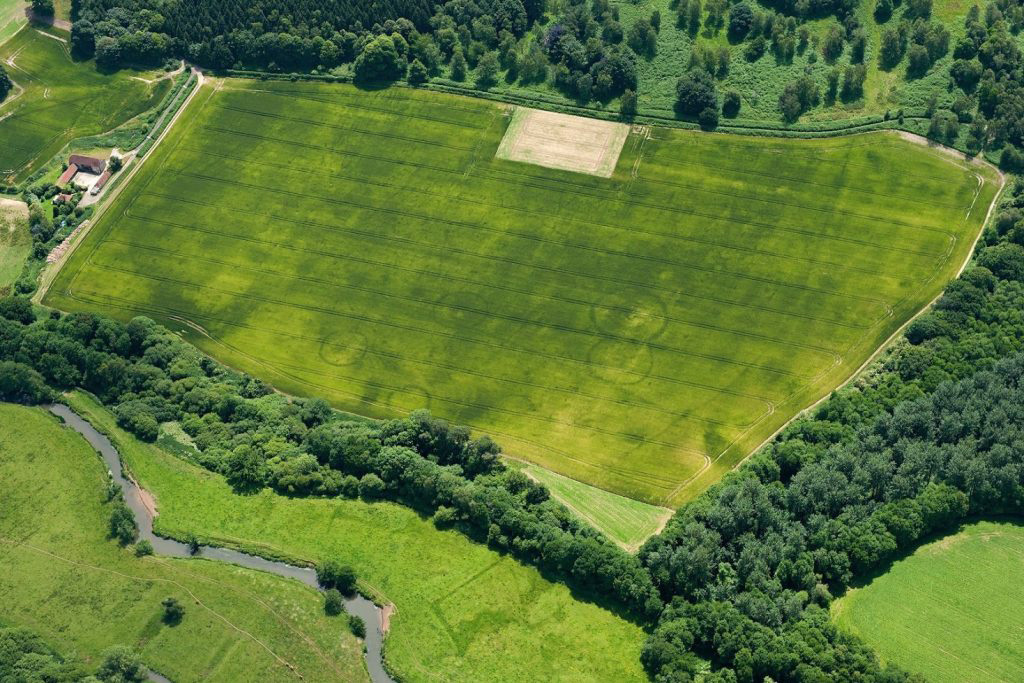 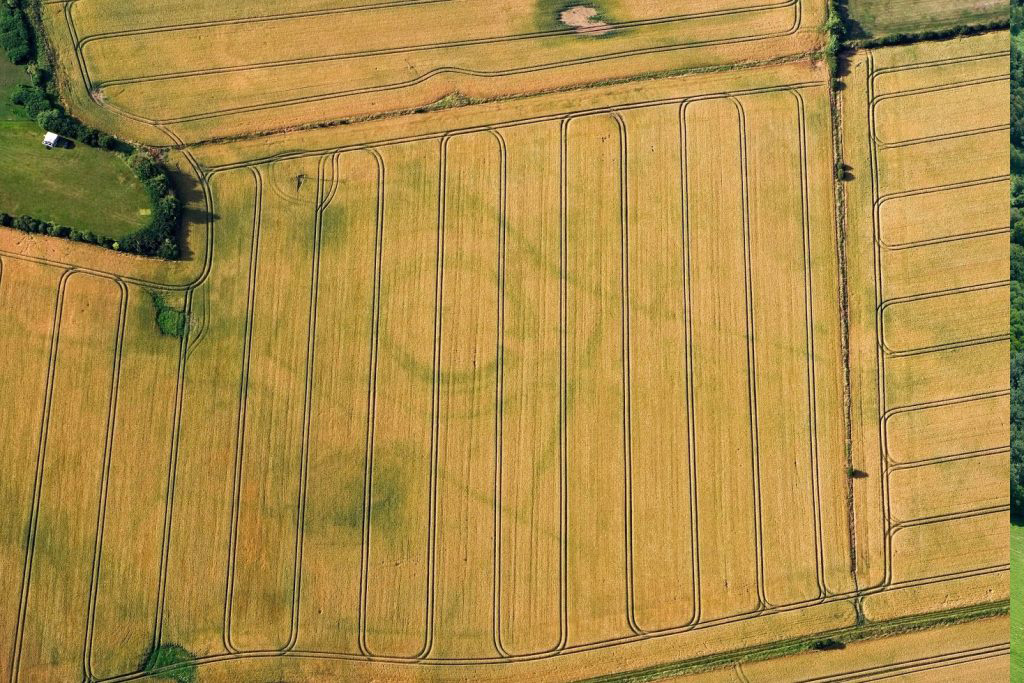 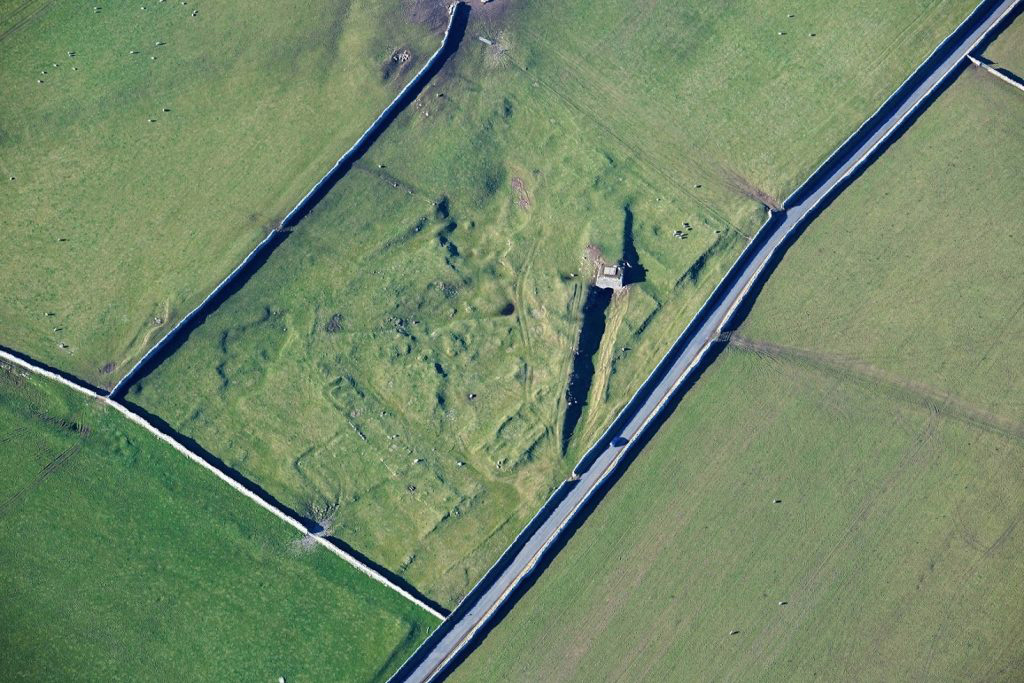 Aerial technology is transforming understanding of the past

A Roman camp in Dorset, a Neolithic henge in East Yorkshire and a Bronze Age cemetery in West Sussex are among the amazing archaeological sites Historic England has discovered from the air.

Every year the government body that cares for England’s historic environment discovers and photographs sites across England from a light aircraft. Here are eight examples which Historic England is sharing to mark the Festival of Archaeology.

Duncan Wilson, chief executive of Historic England, said: “Our aerial archaeologists continue to transform our knowledge of England’s past from traces visible from the air. We identify and record the archaeology in our landscapes from cropmarks and soil marks this way. This not only supports archaeological research, but also gives us a better understanding of which parts of the land can be developed and which parts need further investigation because of what lies beneath.”

The dry summer of 2015 proved an exciting year for cropmark discoveries on the Cambridgeshire claylands. The cropmarks are caused by buried archaeological remains which hold more moisture than the surrounding undisturbed soil. They helped experts to see and appreciate the true extent and complexity of this Iron Age/Roman settlement in Comberton. The cropmarks show tracks leading to ditched enclosures, some with round houses. Double ditched trackways can be seen approaching some of the enclosures.

This 2015 aerial photograph shows the buried remains of a late medieval farmstead revealed as cropmarks. Some of the farm’s field boundaries and a trackway which linked this farm to its neighbours and beyond can be seen. They are reminders of the generations of families who lived and worked the land here. These farms were abandoned after changes in farming practice and illustrate the widespread changes that have affected the rural landscape of Suffolk over the last 500 years.

This is a good example of the many Suffolk farmsteads Historic England has discovered from the air in recent years. It looks similar to prehistoric settlements found in Cambridgeshire and Bedfordshire but is more typical of late medieval farmsteads still in use elsewhere on the Suffolk clay lands.

Features below the plough soil that cause crop marks can be man-made or natural. In this case it is both. The man-made features are two elongated, capsule shaped enclosures and circular enclosure and a few large pits. The rest are marks in the gravel, created naturally during the Ice Age. The capsule shaped enclosures are examples of one of the oldest types of monument in Britain called Neolithic Long Mortuary Enclosures. It is thought that they were areas where dead bodies were placed before burial although there is some debate within the archaeological community about what really went on in these enigmatic places!

This photograph taken in 2015 depicts the cropmarks of five, possibly six, circular buried ditches, which would have once surrounded the mounds of Bronze Age barrows close to the river Rother. Barrows were mainly burial places but were also used by the living for carrying out ceremonies. The mounds of barrows will be familiar to many people when walking along the South Down Way in this part of West Sussex. Along the River Rother archaeologists have discovered many more burial mounds hidden away in the woods and commons, but it was extremely unusual for Historic England to discover any cropmarks on these sandy soils.

The buried remains of this rare and unusual prehistoric site were identified by Historic England’s aerial reconnaissance team during a dry summer. The layout of the site with the central circular feature, suggests that it was a Neolithic henge. The monument is located on slightly elevated ground, with open water likely to have surrounded it on three sides prior to subsequent silting and drainage in more recent centuries. The henge is surrounded by a field system, suggesting that it was reused in the Bronze Age as a settlement. The importance of this site led it to be protected as a scheduled monument.

The low winter sunlight in this aerial photograph reveals subtle details of this late Iron Age or Roman settlement. The two round houses are separated from the surrounding land by an embanked boundary with an entrance on the southern side, opening towards a stream. The settlement is sheltered by rising ground to the south and commands views north to the Howgill Fells. The remains of medieval or post medieval ploughing – seen as parallel ridges and furrows – shows that this area was in agricultural use for a long time.

Roman camps are temporary enclosures dug by Roman troops when on manoeuvres and have a very distinctive shape. The line of the buried ditch of a camp can be seen as different colours in the crops across several fields. This “playing card” shaped enclosure on a slope looking over the river Yeo fits the pattern of size, shape and location of a Roman camp. They are common in some areas of Britain, such as along the line of Hadrian’s Wall, indicating militarised zones. However, they are relatively rare in the south west of England and the camp at Bradford Abbas is only the fourth to be discovered in the area. Evidence for Roman military activity is known nearby at Ham Hill, South Cadbury and the probable early Roman fort, and later town, at llchester. The discovery poses the question of whether the camp at Bradford Abbas could be a survival of an early Roman military campaign against the local population.

This image shows the remains of a lime kiln in Cumbria which would have produced quick lime by burning limestone. Quick lime was used to make lime putty for building and to increase the fertility of agricultural land. Although the location of the lime kiln was well-known, aerial photographs provided a different perspective, revealing a pattern of earth covered ruins of buildings and walls which were there before the kiln. This was probably a medieval monastic farm called a grange, perhaps associated with nearby Shap Abbey.

Funded by Historic England and coordinated by the Council for British Archaeology, it encourages everyone to explore the archaeology of their local area, watch experts at work, and experience archaeology for themselves.