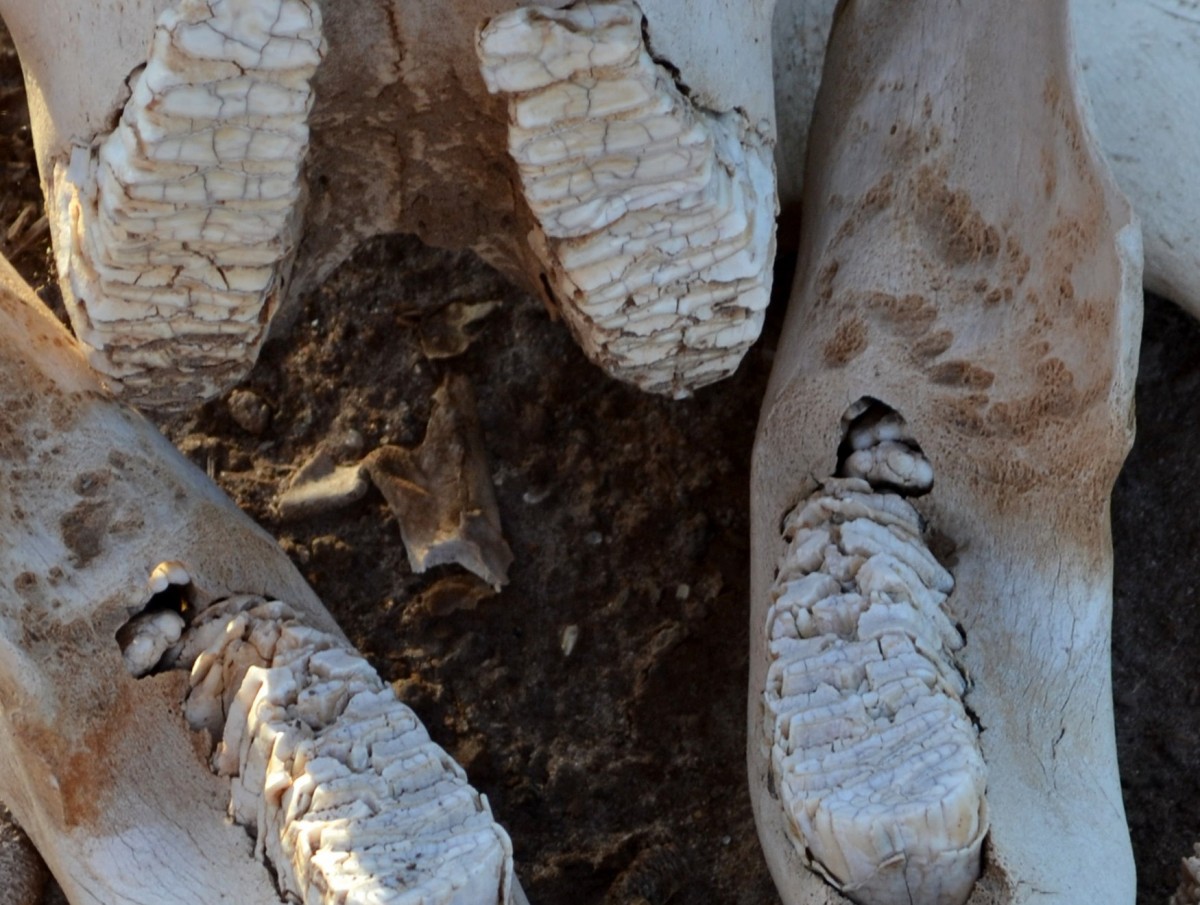 By analysing fossilised teeth in China

How can we ever know what ancient animals ate? For the first time, the changing diets of elephants in the last two million years in China have been reconstructed, using a technique based on analysis of the surface textures of their teeth.

The work was carried out by a University of Bristol student, working with an international team of researchers. The research was published online in Quaternary International.

Today, elephants live only in remote, tropical parts of Africa and southern Asia, but before the Ice Ages they were widespread.

As his undergraduate research project, Zhang Hanwen, MSci Palaeontology and Evolution graduate and now PhD student at the University of Bristol, undertook cutting-edge analysis of fossilised elephant teeth from China.

In a collaboration with the University of Leicester, and the Institute of Vertebrate Paleontology and Paleoanthropology in Beijing, where the fossilised teeth are curated, Hanwen sampled 27 teeth for tiny wear patterns called microwear.

“We are talking huge, brick-sized molars here – the largest of any animal,” said Hanwen, “but the signs of tooth wear are tiny, down to thousandths of a millimetre. However, these microscopic surface textures can tell us whether they were eating grass or leaves.”

Hanwen took peels of the fossilised teeth in China, using high-grade dental moulding materials, and captured the 3D surface textures under a digital microscope at the University of Leicester. The textures were quantified and analysed to identify what the elephants were eating in the days and weeks before they died.

By comparing the results with information from modern ruminants (deer, antelopes and oxen) of known diet, the study concluded two extinct elephants from Southern China – Sinomastodon and Stegodon – were primarily browsing on leaves. The third, Elephas, which includes the modern Asian elephants, shows much more catholic feeding habit, incorporating both grazing and browsing.

“It’s wonderful that we can identify diets of any fossil mammal with confidence now,” said Professor Christine Janis, from the University of Bristol, one of Hanwen’s PhD supervisors and a leading expert on the evolution of herbivorous mammals.

“This is based on the fact that the microwear textures produced by different kinds of plant material are comparable across unrelated animals.”

“This method for identifying diet relies on high-quality 3D surface data and analysis,” said Professor Mark Purnell, of the University of Leicester, another co-supervisor of Hanwen’s.

“It removes the subjectivity of trying to quantify microwear textures by identifying and counting scratches and pits in 2D microscopic images.”

Sinomastodon and Stegodon coexisted in Southern China between 2.6 and one million years ago, but Sinomastodon then became extinct and left Stegodon to become the dominant elephant of Southern China for the remainder of the Pleistocene, the time of the great Ice Ages.

He added: “Forests were on the decline, alongside many of the more archaic mammal species that inhabited them. The highly evolved molars of Stegodon, with multiple enamel ridges, might have allowed it to browse on its preferred foliage in a more efficient way, thus outcompeting Sinomastodon, which preferred the same diet, but had less sophisticated molars consisting of large, blunt, conical cusps.”

On the other hand, the new study also suggests that Stegodon and Elephas subsequently coexisted for long periods in Southern China by eating different things. Stegodon remained a specialist foliage feeder whereas Elephas was more of a generalist, consuming a wider variety of vegetation.

Stegodon became extinct at around 11,000 years ago, at the end of the Pleistocene, coinciding with the worldwide disappearance of large mammal species at this time, including the iconic woolly mammoths, giant deers and sabretoothed cats. The Asian elephant survived in Southern China into historical times.