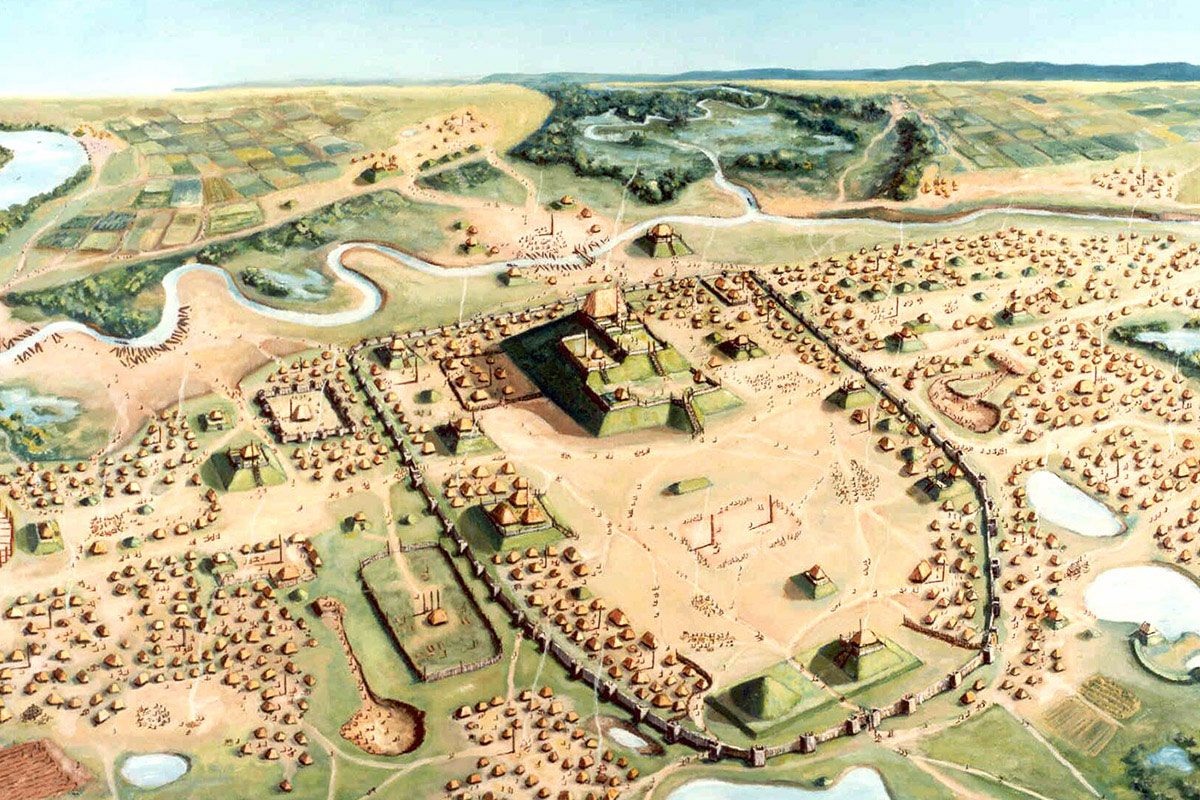 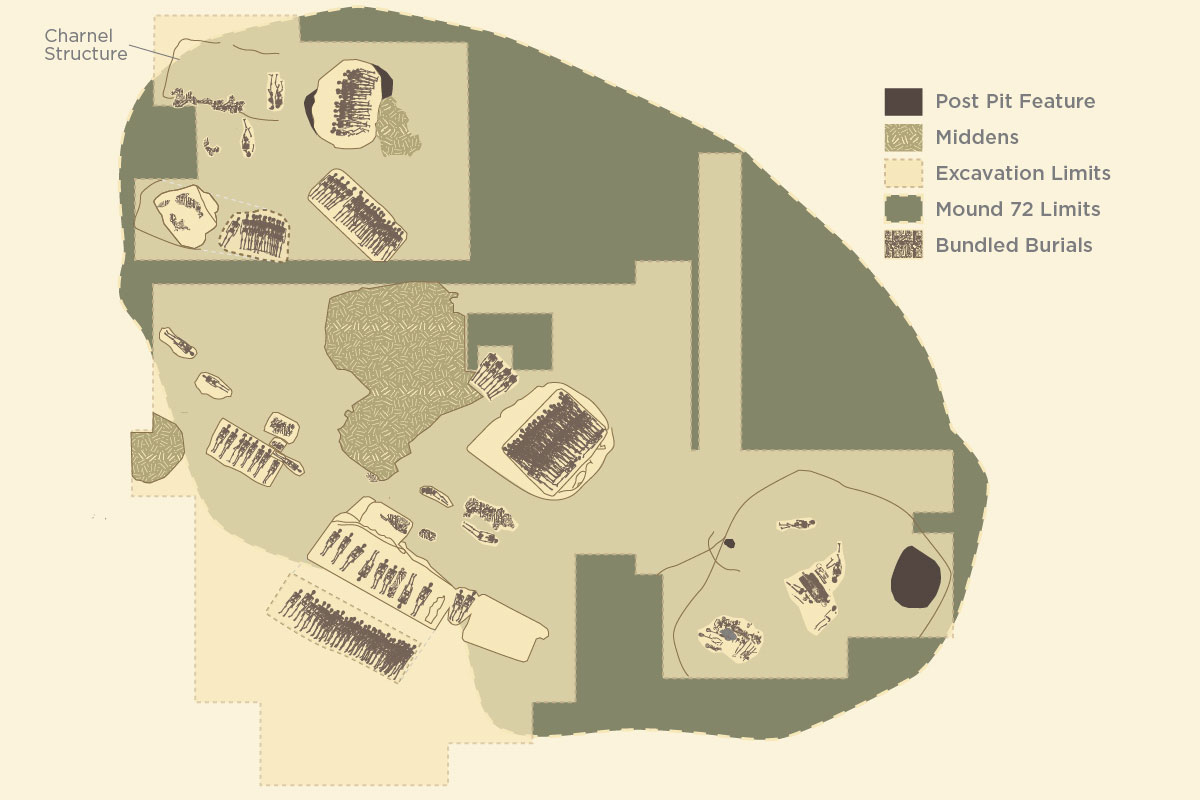 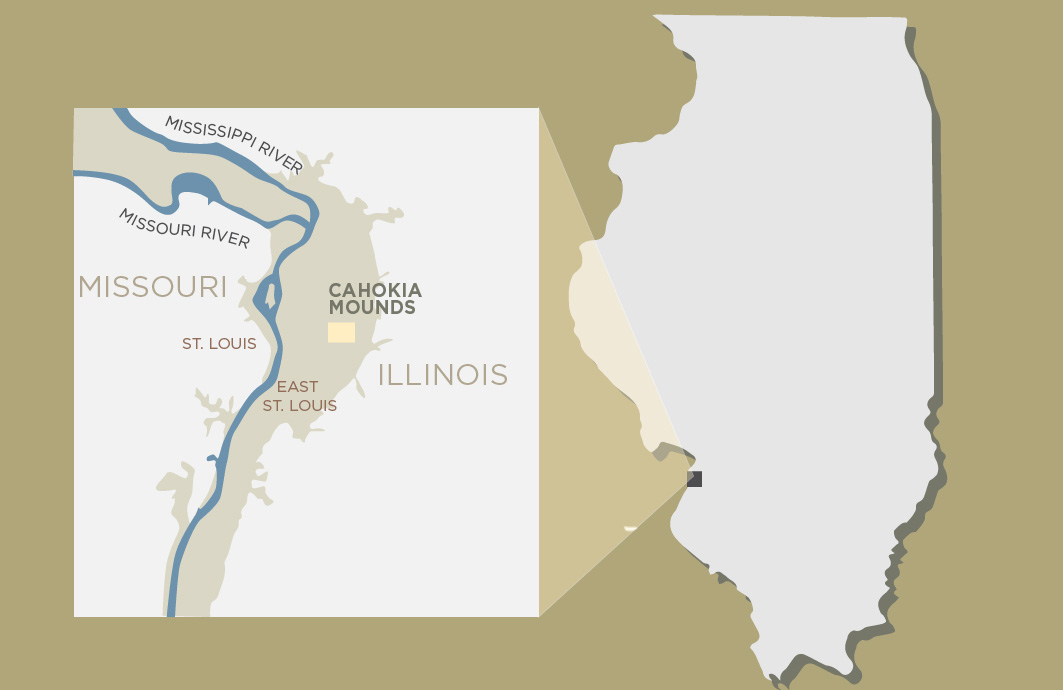 Dozens of people buried in mass graves in an ancient mound in Cahokia, a pre-Columbian city in Illinois near present-day St. Louis, likely lived in or near Cahokia most of their lives, researchers report in the American Journal of Physical Anthropology.

The burial mound in Cahokia known as Mound 72 has intrigued scientists ever since it was first discovered in 1967. It is the largest, most intact burial mound excavated in the region, containing the bodies of at least 270 individuals, many of them in mass graves.

To determine whether those buried in Mound 72 were from Cahokia or somewhere else, the researchers analyzed strontium isotopes in the teeth. Strontium isotopes are derived from local geologic formations, and, since they are incorporated into bones and teeth through food and water, can serve as fingerprints of specific locales.

Evidence from the burial mounds is helping researchers understand what happened at Cahokia, said Illinois State Archaeological Survey physical anthropologist Kristin Hedman, who conducted the study with Andrew Thompson of the West Virginia School of Osteopathic Medicine and ISAS researcher Philip Slater. The ISAS is a division of the Prairie Research Institute at the University of Illinois.

“There are several mass burials of young women in Mound 72 that range in age between 12 and 25. There are no marks on the bones that we can see that indicate how they were killed,” Hedman said. “But they were likely sacrificed, and may have been drugged and strangled before burial.”

In one distinctive mass grave, however, dozens of men, women and some children appear to have been slain on site. The bodies show unmistakable evidence of violence.

“With this one mass grave, you find bashed skulls, you find decapitations, you find projectile points,” Hedman said. This burial dates to around 1150, the most recent of the mass graves and one of the final burial events associated with Mound 72, the researchers report.

“You have these earlier sacrifices of women that are very organized, and this lasts for a number of generations,” said Eve Hargrave, a skeletal analyst at ISAS who has studied those buried in Mound 72. “And then you get this situation where everything is obviously not right in the world because they are violently killing some people and marking that spot with the bodies of others, so it’s a statement.”

Analyses of the teeth of this group revealed that they were different from others at Cahokia and likely represent a different population.

“The strontium isotopes also suggest that they were all from a single locality, either within the American Bottom or another region with similar geology to Cahokia,” Hedman said. “The differences we found between these victims and the female sacrificial victims at Cahokia suggest that these men and women may represent political rivals within the Cahokia polity.”

“Population starts to downsize, and after A.D. 1200, it’s really dropped off,” he said. “You may have 25 percent of the people you had before.”

The new insights from this study underscore the importance of curating old collections so that researchers can reanalyze these important sites using more recent technologies and methodologies to address new research questions, the researchers said.