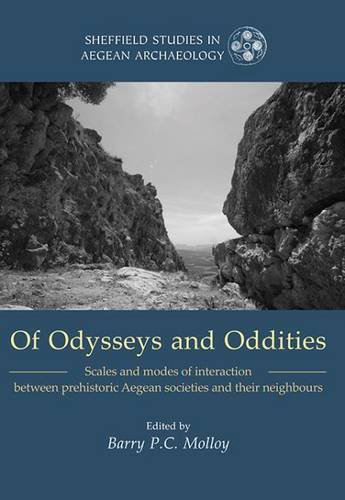 Of Odysseys and Oddities

Of Odysseys and Oddities is about scales and modes of interaction in prehistory, specifically between societies on both sides of the Aegean and with their nearest neighbours overland to the north and east. The 17 contributions reflect on tensions at the core of how we consider interaction in archaeology, particularly the motivations and mechanisms leading to social and material encounters or displacements. Linked to this are the ways we conceptualise spatial and social entities in past societies (scales) and how we learn about who was actively engaged in interaction and how and why they were (modes). The papers provide a broad chronological, spatial and material range but, taken together, they critically address many of the ways that scales and modes of interaction are considered in archaeological discourse. Ultimately, the intention is to foreground material culture analysis in the development of the arguments presented within this volume, informed, but not driven, by theoretical positions.