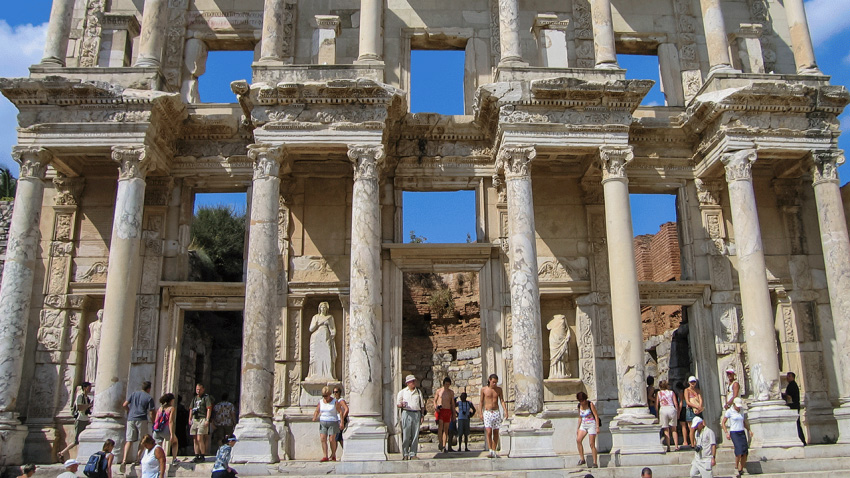 Due to diplomatic tension between Ankara and Vienna

Austrian archaeologists were left speechless after the Turkish Ministry of Culture and Tourism notified them last week that the Ephesus excavations would have to stop immediately, i.e. two months before scheduled this season.

“The decision comes following a diplomatic spat between Turkey and Austria, with Culture and Tourism Ministry sources stating that all excavations carried out by Austrians in Turkey were canceled ‘because of the country’s recent attitude against Turkey,’” Hürriyet Daily News reports.

“This is a major shock,” Sabine Ladstätter, head of the excavation and director of the Austrian Archaeological Institute told Science. However she is confident that the excavations will eventually continue, she told “Der Standart”. As the decision was made on a political level, Ladstätter added, the issue should also be solved on a political level.

This season’s excavations at a Byzantine residential quarter and a Greek marketplace had been completed, and the team would use the remaining two months mainly for restoration work, in order to protect the structures from winter storms. After Ladstätter was informed that the work at Ephesus should be halted, she had to shut down the operation involving 100 employees in three days. There are also 29 doctoral dissertations underway at Ephesus, which will require fieldwork next year.

During the ten years she was in charge of the Ephesus excavations, says Ladstätter, the collaboration with Turkish colleagues was excellent.

The AAI has been working at Ephesus since 1895. Until now the excavations had been halted only twice, by the two world wars.

The Turkish decision also includes halting work at the ancient city of Limyra in the southern province of Antalya and in Myra.