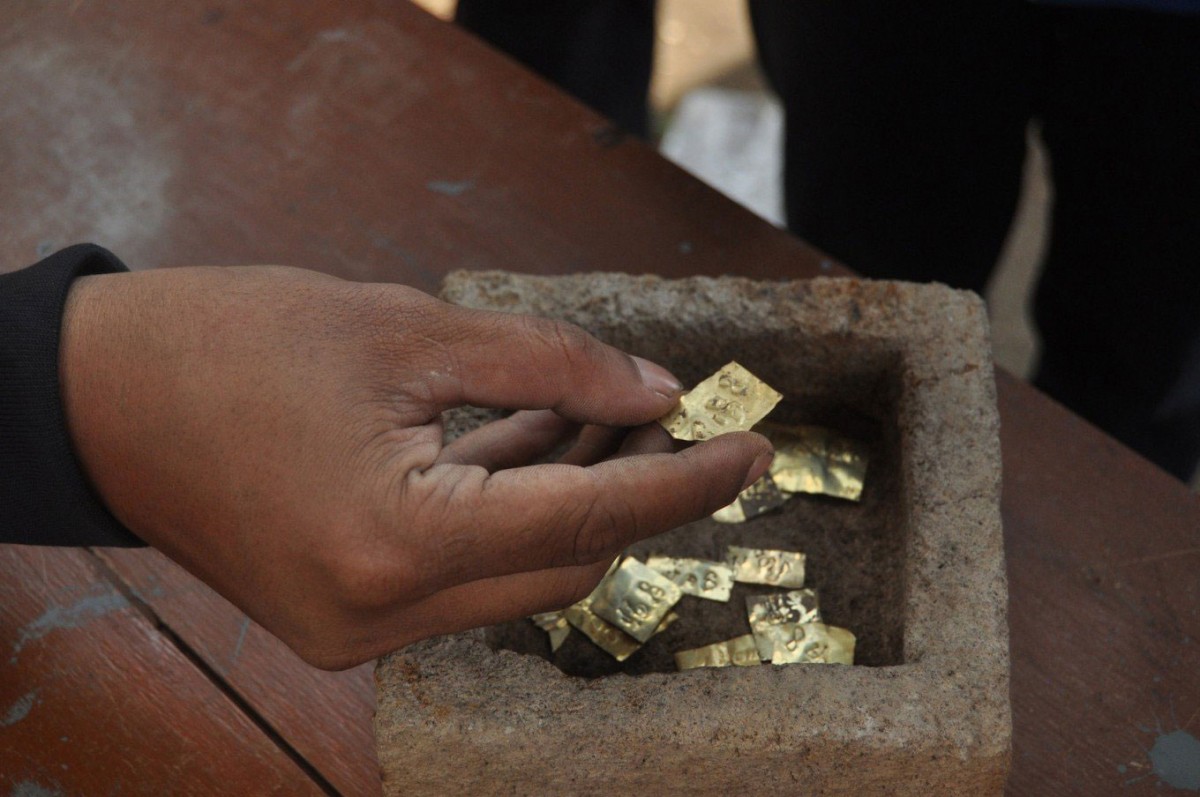 22 small gold plates dating back to the 8th century were found by construction workers in the village Ringinlarik  of Central Java.

The workers hit a box made of stone while digging for an aquifer project. The box and contents were intact.

One of the workers said the box had a lid and looked like jewelry box.

The plates found inside the box all had inscriptions in Javanese letters on them and refer to cardinal and ordinal directions of Dewa Lokapala’s wind Gods. Also, the gold found was 18 carats, as Gutomo, an official with the Central Java Heritage Conservation Agency (BPCB) confirmed.

“We recorded eight names of wind Gods. We have also declared the location as a heritage site,” Gutomo said.

At the end of July, the remains of a candi were found at the same location. Candis are sacred structures of Hindu or Buddhist heritage, used for religious rituals and ceremonies in Indonesia.