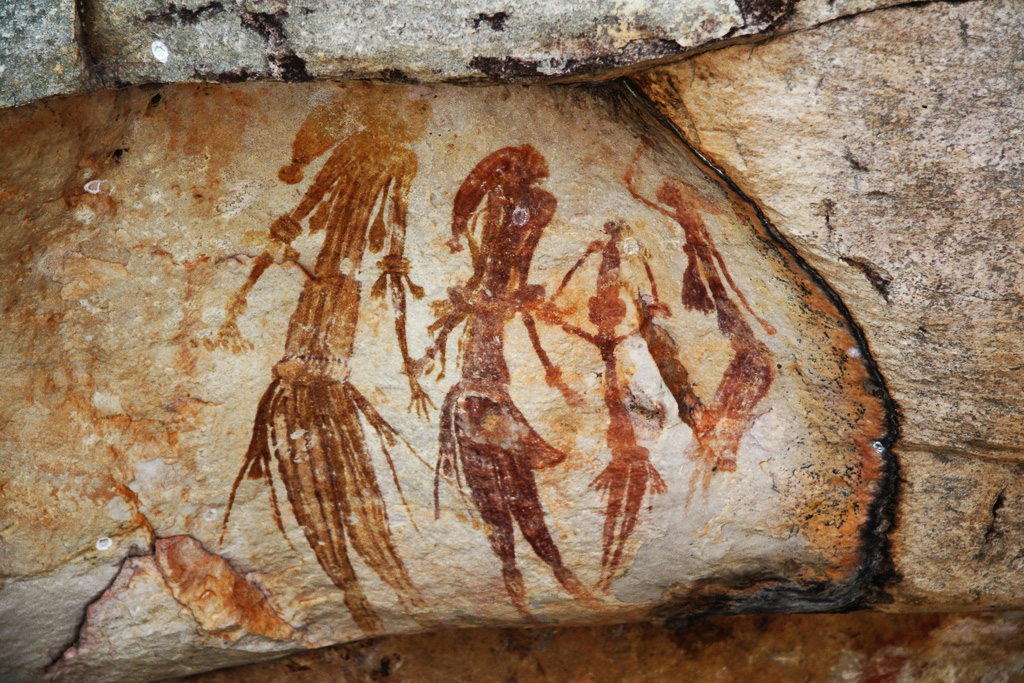 Australia has one of the longest histories of continuous human occupation outside Africa. But who exactly were the first people to settle there?

Such a question has obvious political implications and has been hotly debated for decades. The first comprehensive genomic study of Aboriginal Australians reveals that they are indeed the direct descendants of Australia’s earliest settlers and diverged from their Papuan neighbours about 37,000 years ago (y.a.). The study also uncovers several other major findings on early human populations. The research was published on Sept. 21 in Nature and is the result of a close collaboration between international research teams and representatives of Aboriginal Australian communities. It includes six researchers from the SIB Swiss Institute of Bioinformatics – among whom, lead author Anna-Sapfo Malaspinas and group leader Laurent Excoffier, both from the University of Bern.

The early peopling of Australia and the continent’s subsequent population history has been a matter of scientific debate for decades. Until the present study, demographic inference was based on only three Aboriginal Australian genomes; one was derived from a tuft of hair (taken from a deceased individual), and the other two from cell lines whose provenance is somewhat hazy. Recently, with the assistance of Aboriginal Australian co-authors, an international team of scientists sequenced 83 modern Aboriginal Australian and 25 modern Papuan genomes. The research teams used this genomic data and combined it with linguistic data to characterize the peopling of Australia. The work reveals – among other things – three key dates.

It has often been hypothesized that the ancestors of modern Papuans and Australians must have left Africa far earlier than any other population if they were to reach New Guinea and Australia ~47,000 years ago, as suggested by the fossil record. The researchers discovered, however, that this is most probably not the case; they estimate that around 72,000 years ago, an ancestral population common to Aborginal Australians, Europeans and East Asians left the African continent. Professor Laurent Excoffier of the SIB Swiss Institute of Bioinformatics and the University of Bern explains: “Discussions have been intense as to what extent Aboriginal Australians represent a separate Out-of-Africa exit to those of Asians and Europeans. We find that, once we take into account admixture with archaic humans, the vast majority of the Aboriginal Australian genetic makeup comes from the same African exit as other non-Africans.”

37,000 y.a.: Down Under’s first settlers diverge from their neighbours

The Aboriginal Australians would have diverged from the Papuans 37,000 y.a., long before New Guinea and Australia became geographically separated (10,000 y.a.). “Aboriginal Australians have been the subject of scientific mystery,” notes senior author Professor Eske Willerslev, from the Copenhagen-based Centre for GeoGenetics, Cambridge University and the Sanger Institute. “How did they get there? What was their relationship to other groups? And how does their arrival change our understanding of how populations spread? Technologically and politically, it has not really been possible to answer these questions until now.”

While the authors found evidence for gene flow between sampled groups, the ancestral population of Aboriginal Australians started to become structured around 31,000 years ago thus creating the genetic diversity observed today. First author on the paper Assistant Professor Anna-Sapfo Malaspinas from the SIB Swiss Institute of Bioinformatics, the Centre for GeoGenetics of Copenhagen and the University of Bern says: “The genetic diversity among Aboriginal Australians is amazing. Perhaps because the continent has been inhabited for such a long time by Aborginal Australians we find that groups from southwestern desert Australia are more genetically different from groups of northeastern Australia than are for example Native Americans and Siberians, and this is within a single continent.”