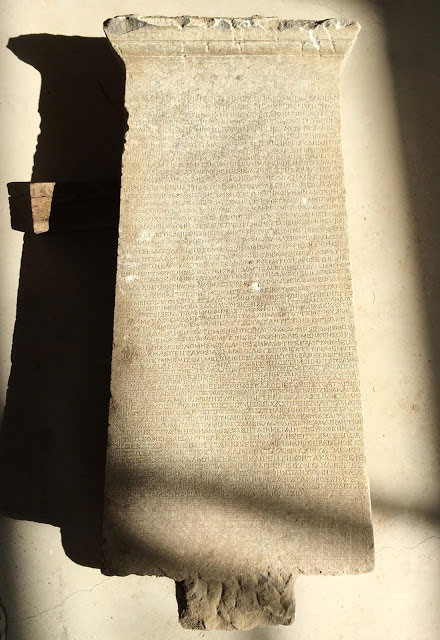 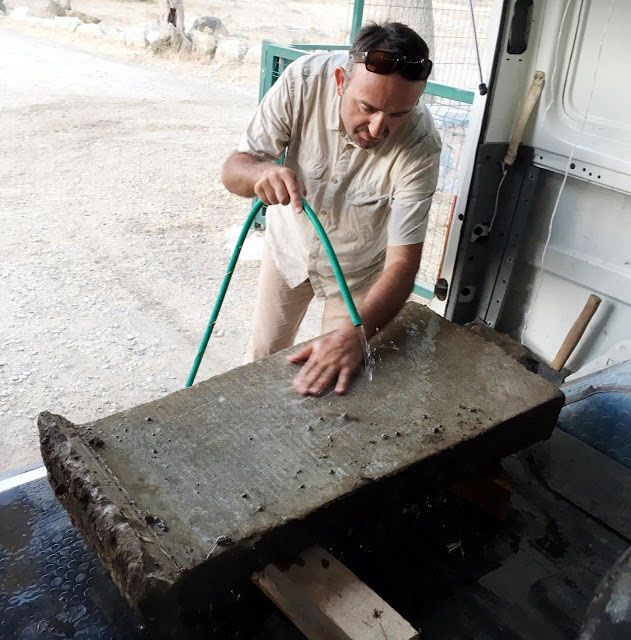 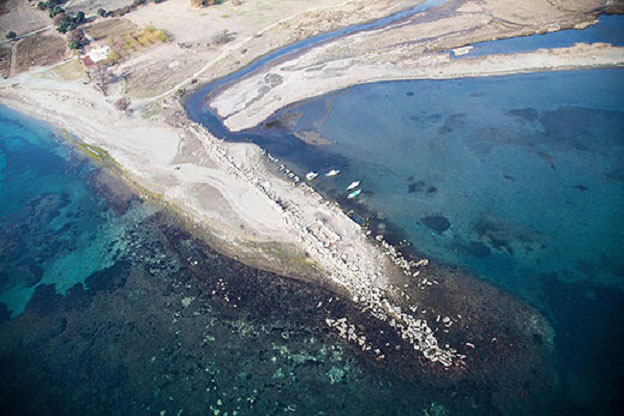 The inscription describes a leasing contract in detail

Excavations at the ancient Greek city of Teos in Izmir’s Seferihisar district, on the west coast of Turkey, have yielded an inscribed marble tablet with a rental agreement.

The tablet, found near the 2nd century BC Temple of Dionysus, is 1.5 metre long and contains 58 lines of Greek text, outlining the details of a lease on property in the city’s gymnasium. It seems that the contract was made with a guarantor and six witnesses. The Neoi (plural for Neos=young individual), i.e. the Gymnasium students aged 20-30 inherited the land, including structures, slaves and the holy altar, from a person in Teos. Aiming to cover the expenses and gain some income the Neoi rented the land.

The inscription is a detailed rental agreement of the land, describing details regarding who owned it in the past and what it includes. It also states that the Neoi wish to use the place three days a year. An auction took place and the highest bidder rented the land.

Due to the presence of the altar on the land the place was characterized as holy and was therefore exempted from taxation. It also includes punishment in case of damage to the land, neclecting repairs of the buildings or missing the annual rent. The Neoi would inspect the land every year.

Two legal terms in the inscription are puzzling researchers, since they are completely new, so specialists need to be consulted for their deciphering.

According to Professor Mustafa Adak, head of Akdeniz University’s Prehistoric Languages and Cultures Department, Herodotus referred to ancient Teos in his writings, providing information about the city, its habitants and its use.

Excavations in the area were carried out in the 1960s, and since 2010 work has passed under the leadership of Professor Musa Kadıoğlu, head of the Ankara University Archaeology Department.

Professor Adak said that Teos has yielded one of the highest numbers of inscriptions among Greek cities in Asia Minor, providing researchers with an insight into its administrative and regional structure. About 200 inscriptions had been discovered in Teos until 2010 and almost twice as many since then. Right now, researchers have about 400 inscriptions.

According to Professor Kadıoğlu the inscription with the rental agreement provides is quite significant, providing information on the social life and judicial system of Teos in the Hellenistic era.