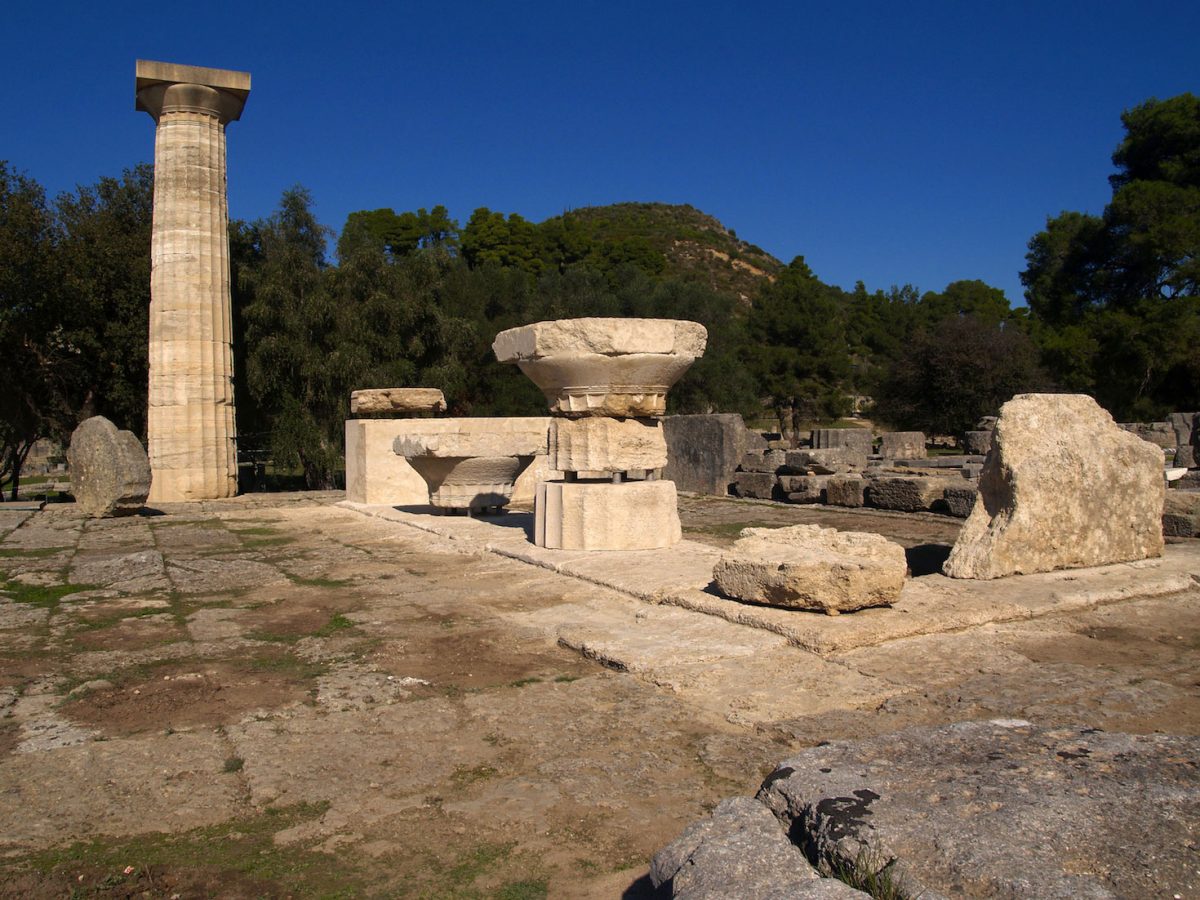 Arnd Hennemeyer: The Temple of Zeus at Olympia

The Architectural Design Modifications during the 5th c. BCE

On Monday, 7 November 2016 at 19:00, Dr.-Ing. Arnd Hennemeyer will address the topic “The Temple of Zeus at Olympia: The Architectural Design and Modifications during the 5th c. BCE”. The lecture is part of “THE CIRCLE, Dialogues for Greek and Roman Architecture” series.

The temple of Zeus at Olympia is considered as a main work of ancient Greek architecture. Nevertheless it was studied stone by stone only in the last years. The architectural documentation brought extensive results about the design process of the temple and about the history of the building all along its 850 year long use. Until now, the image οf the temple has been more or less a snapshot at a certain moment, but it is unclear when this snapshot was taken. The new research complement this image by detailing the processes of rescheduling during the construction, repairs, later modifications, furnishings, and, finally, the destruction history, to give the building its proper temporal depth in the history of the sanctuary.

During the original construction of the temple the architect rescheduled the plan –just slightly but implying all elements– with the aim to bring shape and structure to perfection. Besides this resched­uling during the original construction the talk focusses on substantial modifications inside the cella that were carried out some decades after when Pheidias created the colossal cult statue in ivory and gold. While the statue of Zeus is today entirely lost, the temple’s remains provide new insight into the structural changes made to the cella at the time of the statue’s installation. These changes were much more substantial than previously thought: even the interior colonnade was dismantled and re-erected with different axis widths and probably the roofing was also renewed. Some of the interventions have been known for over a hundred years, but their design has usually been misinterpreted as mediocre and backward-looking. The new data from fieldwork now paints a completely different picture. The design of the cella cleverly employed different materials and followed advanced design prlnclples comparable to contemporary Attic architecture and sculpture. Perhaps most importantly, the refashioning of the cella also Introduced a new spatial hierarchy, which regulated the approach to the cult image and the perception of it. Therefore, the new reconstruction of the temple’s interior also provides a framework for raising novel questions concerning the ritual practices performed at one of the most important cultic places of Antiquity.