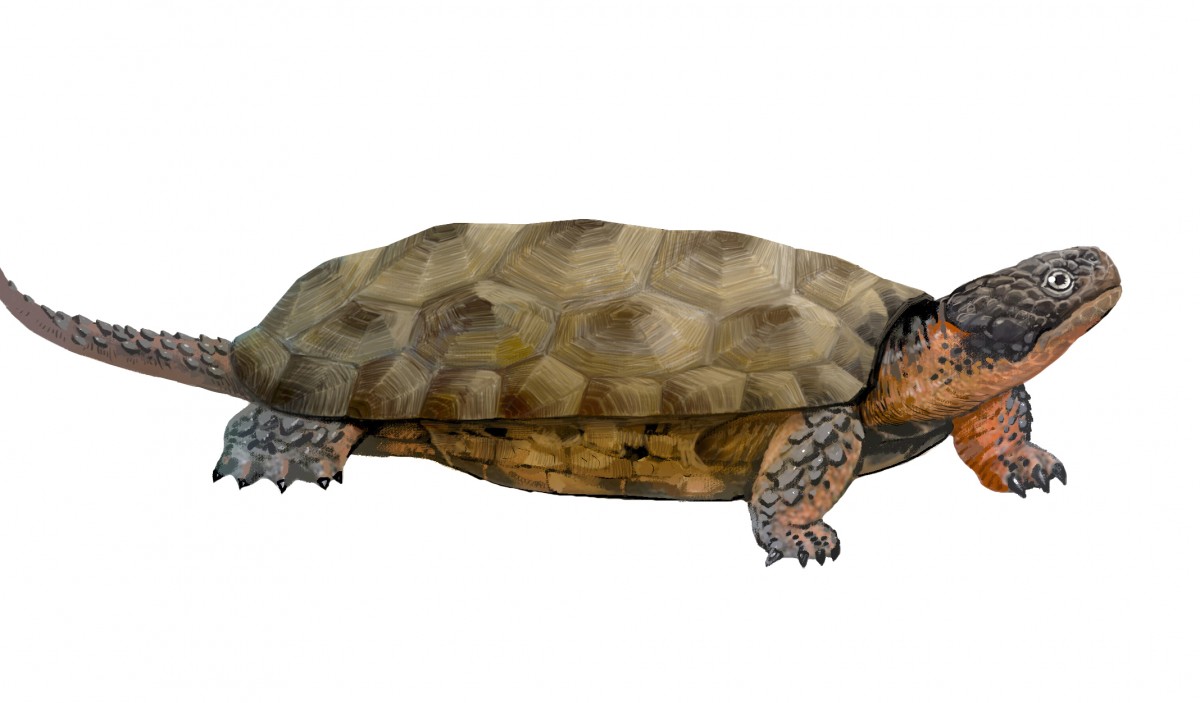 Today’s turtles don’t have teeth; they cut off their food using hard ridges on their jaws. But their ancestors were not so dentally challenged. A team of international researchers including Dr. Márton Rabi from the Biogeology Lab of the University of Tübingen has now discovered that turtles with remnants of teeth survived 30 million years later than previously thought.

The researchers found evidence of this at a major excavation site in China’s western Autonomous Region of Xinjiang. Up to now, the most recent finds of toothed turtles were 190 million years old. The new discovery also helps to fill in some of the puzzle pieces in the chelonian family tree and in the distribution of the family over many millions of years. The researchers have published their findings in the latest edition of BMC Evolutionary Biology.

The Xinjiang site of Wucaiwan is well known for the remarkable Middle to Late Jurassic dinosaur fossils found there. But among the extinct giants are the fossils of many other animals which shed light on the long evolutionary history of tortoises and turtles, of which more than 350 different species live around the world today. A team headed by study co-author Dr. Xing Xu of the Institute of Vertebrate Paleontology and Paleoanthropology in Beijing identified a previously unknown extinct chelonian species, naming it Sichuanchelys palatodentata – the turtle with a toothed palate. “Scientists had previously known that the earliest turtles still had teeth in their palates, a primitive feature they inherited from their reptilian ancestors,” says lead author Dr. Walter Joyce from the University of Fribourg, Switzerland. “Previously, the last toothed turtle, however, was known from 30 million years older rocks. It is therefore a great surprise to find a toothed turtle that survived even longer.”

The researchers were able to classify the new turtle among the known families of chelonians – as well as learning more about the biogeographic history of turtles. “Our analysis revealed that the new turtle is the closest known relative of a large terrestrial turtle, Mongolochelys efremovi, that lived almost 100 million years later in central Asia,” says Dr. Rabi. “It seemed a bizarre turtle that previously had no known close relatives, but now we see that it represents the final links of a long lineage that persisted throughout Asia for much of the Mesozoic.”

“Although living turtles are not particularly mobile, people had not previously recognized significant links between the distribution of fossil and recent turtles and the configuration of the continents, as they did for frogs or other amphibians,” says Dr. Clark, a coauthor from George Washington University, USA. “Our analysis reveals that the initial diversification of turtles was controlled by the breakup of the super continent Pangea during the Jurassic to Cretaceous,” says Dr. Joyce. “Each continent thereby developed its own unique turtle fauna, like the extinct turtle lineage we newly discovered from Asia.”