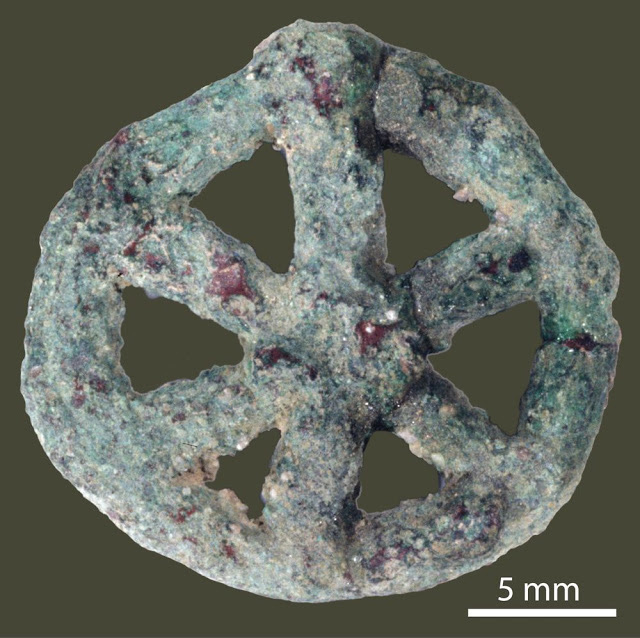 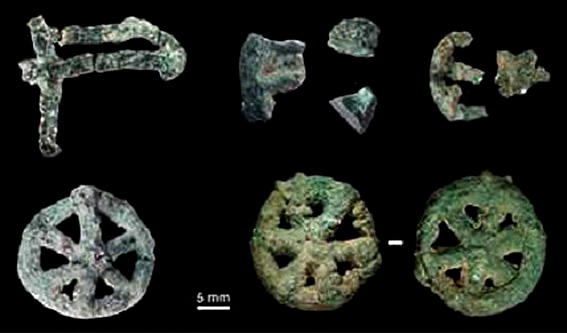 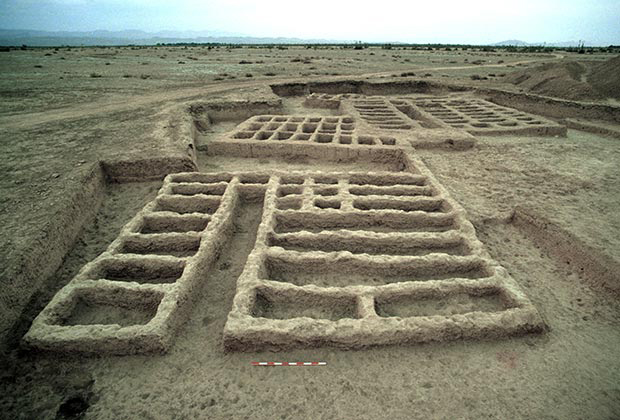 Novel imaging approach reveals how ancient amulet was made

At 6000 years old, this copper amulet is the earliest lost-wax cast object known. Now, researchers have finally discovered how it was made, using a novel UV-visible photoluminescence spectral imaging approach.

All the parameters of elaboration process, such as the purity of the copper, and melting and solidification temperatures, are now accurately known. This work has enabled the scientists to solve the mystery of the invention of lost-wax casting, a technique that led to art foundry. Resulting from a collaboration between researchers from the CNRS, the French Ministry of Culture and Communication and the SOLEIL synchrotron, the work is published on 15 November 2016 in the journal Nature Communications.

The researchers examined a copper amulet, discovered in the 1980s at a site that was occupied 6,000 years ago and had been a focal point for innovation since Neolithic times: Mehrgarh*, in today’s Pakistan. The shape of the object shows that it was designed using the earliest known precision casting technique, lost-wax casting (still in use today).

The process begins with a model formed in a low melting point material such as beeswax. The model is covered with clay, which is heated to remove the wax and then baked. The mould is filled with molten metal and then broken to release the metal object. This was all that was known about the process used to make the copper amulet until it was subjected to a novel photoluminescence approach, which revealed that it had an unexpected internal structure.

Although the amulet today consists mainly of copper oxide (cuprite), it emits a non-uniform response under UV-visible illumination. Between the dendrites (branched crystal structures, such as the branches of a snowflake) formed during initial solidification of the molten metal, the researchers found rods that were undetectable using all other approaches tested. The shape and arrangement of the rods enabled the team to reconstruct the process used to make the amulet with an unprecedented level of detail for such a corroded object.

6,000 years ago, following high-temperature solidification of the copper forming it, the amulet was made up of a pure copper matrix dotted with cuprite rods, resulting from the oxidizing conditions of the melt. Over time, the copper matrix also corroded to cuprite. The contrast observed using photoluminescence results from a difference in crystal defects between the two cuprites present: there are oxygen atoms missing in the cuprite of the rods, a defect that is not present in the cuprite formed by corrosion.

This innovative imaging technique, with high resolution and a very wide field of view, made it possible to identify the ore used (extremely pure copper), the quantity of oxygen absorbed by the molten metal, and even the melting and solidification temperatures (around 1072 °C). The discovery illustrates the potential of this new analytical approach, which can be applied to the study of an extremely wide range of complex systems, such as semiconducting materials, composites and, of course, archaeological objects.

* Mehrgarh is located in the Kacchi Plain that opens onto the Indus valley. The site was discovered and excavated in 1974-1985 and 1997-2000 as part of the Indus archeological mission with the support of the French Ministry of Foreign Affairs and International Development and in collaboration with the Department of Archaeology and Museums, Pakistan.