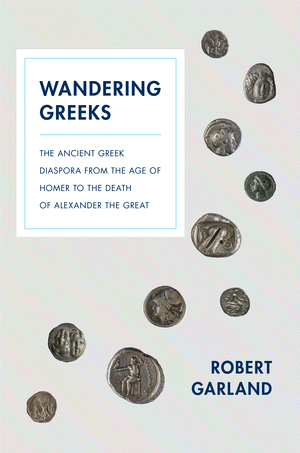 Offers of papers are invited for this two-day international conference about political refugees in the ancient Greek world, to be held at the Maison méditerranéenne des sciences de l’homme, Université Aix-Marseille (5 Rue Château de l’Horloge, Aix-en-Provence) on June 15 and 16, 2017.

B. Gray (University of Edinburgh)

This conference, whose title is taken from the first modern volume on this topic (E. Balogh, Political Refugees in the Ancient Greece from the Period of the Tyrants to Alexander the Great, Johannesburg 1943), aims at exploring the subject of political refugees in the Greek world from its origins up the Roman conquest of Greece. As in 1943, this subject remains dramatically relevant even today.

Many contributions, in fact, have been devoted to the topics of the exile (phygé) and the civil war (stasis) in ancient Greece, aspects that seem to have been endemic in the Greek cities (Lécrivain 1919; Seibert 1979; Gehrke 1985; Loraux 1997; Kalimtzis 2000; Siewert 2002; Wolpert 2002; Forsdyke 2005; Gray 2015), but far less attention has been paid to the very subject of refugees, so that many aspects still remain to be investigated (in this perspective, however, Garland’s book on Greek migrants, Wandering Greeks. The Ancient Greek Diaspora from the Age of Homer to the Death of Alexander the Great, Princeton 2014, is a remarkable exception).

As the concept of “refugee” is a relatively recent idea, elaborated as a consequence of the dramatic experience of the Second World War, when millions of persons were displaced in Europe by reason of the war, each investigation about refugees in antiquity cannot ignore comparison with the modern notion of refugee. Nevertheless, some reconsiderations on the specific features of Greek politics and society are called for in relation to the ancient concept of refugee (phygas), and this will be the subject of the conference.

The research areas in which we are chiefly interested concern the protagonists and the contexts of the migration process, that is those who left their native land, those who received them, and the city-states involved as a starting point and final destination of migrants. In this perspective, we want to question the ancient sources about both the relations between ancient Greek refugees (phygades) and the social, political and military contexts in which this phenomenon arose and the reception process of the host countries, especially starting from specific cases. Proposals on comparative analyses between ancient and modern refugees, from a political and social viewpoint, will be equally welcome.

– The processes on which the decision, voluntary or constrained, to abandon one’s homeland was based;

– The legal forms used to expedite the banishment of persons from their cities of origin;

– The political, economic and social consequences of the departure of the deportees in the cities they were abandoning;

– The choice of destination of the phygades;

– The strategies of persuasion used by refugees in requesting political asylum;

– The policies of inclusion/exclusion of refugees by host cities;

– How refugees recreated their identity in the host cities;

– The reasons for denying welcome and the choice of extradition;

– The attitudes and feelings toward migrants on the part of ruling classes and the general populace;

– The dynamics of the refugees’ re-entry in their homelands when the conditions of their banishment fell;

Please send abstracts in English or French of no more than 300 words and a curriculum vitae et studiorum to Laura Loddo ([email protected]) by Monday February 1, 2017. Applicants will be notified of the organizers’ decision by February 28, 2017.