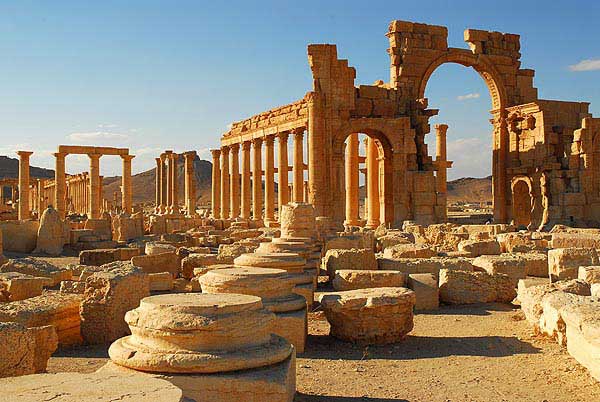 At least 18 ancient mosaics depicting scenes from Homer’s “Odyssey” have been stolen in northern Syria, the culture minister was quoted as saying on Sunday.

The statement was made in an interview Lubana Mushaweh gave to the government daily “Tishreen”. Mrs. Mushaweh said that the mosaics were stolen during illegal excavations and that the authorities have information according to which the artifacts are now on the Syrian-Lebanese border.

The minister also referred to the 8th century BC Aramaic gold-plated bronze statue that was stolen from the Hama Museum in July 2011.

As fierce fighting rages across Syria and security deteriorates, the invaluable cultural treasures of the country have been left susceptible to damage and prey to an increasing number of looters.

It seems that protecting Syria’s cultural heritage is not easy, considering the fact that there are 10,000 historical sites scattered around the land. Mushaweh admitted that her ministry faced great difficulties in safeguarding these sites, as well as taking necessary measures to prevent illegal excavations. However, she stressed that Syria’s museums (twenty five, according to UNESCO) are “well guarded” and “their prized possessions for all humanity have been archived and placed in very secure locations”.

Six UNESCO world heritage sites are located in Syria: the Old Cities of Damascus and Aleppo, the ruins of Palmyra, the ancient city of Bosra, Crac des Chevaliers crusader castle, the citadel of Saladin and the ancient northern villages.

In March 2012, UNESCO’s Director General, Irena Bokova has made a public appeal for the protection of Syria’s cultural heritage in view of the conflict that shows no sign of abating, and which has left nearly 70,000 people dead according to the UN.