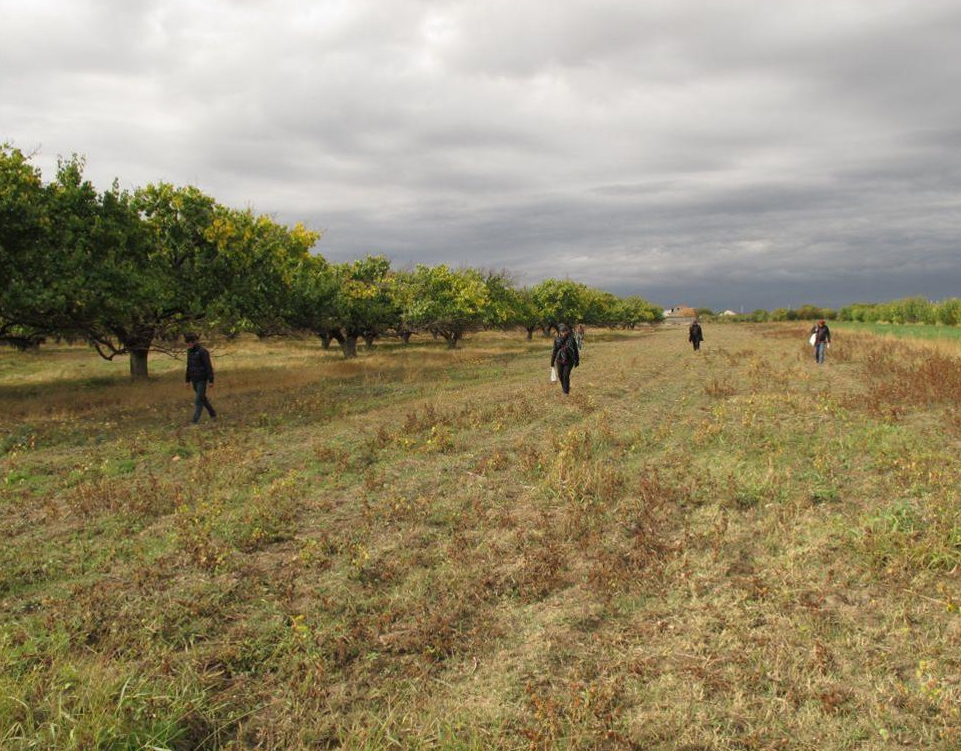 South of the village Pokr Vedi

Polish archaeologists narrow down the area of the search for an ancient Roman military camp near the capital of Armenia, Yerevan. During the last season, they found large clusters of damaged ceramic vessels, which should be associated with the Roman presence.

“Numerous clusters of Roman pottery that we have discovered this year south of the village Pokr Vedi may indicate the presence of the Romans in this area. Therefore, we can now narrow down the search area,” said Oskar Kubrak, the project initiator from the Institute of Archaeology of the University of Warsaw.

If the theory of the young Polish researchers is confirmed by evidence, it will be the first Roman military camp to be found in present-day Armenia.

During the last season, archaeologists completed the first stage of research consisting of field surveys (fieldwalking). One of the results was the discovery tens of fragments of ancient pottery. They come from the turn of the 1st and 2nd century AD, the time in which a military camp could have existed in the region.

Today’s Armenia became part of the Roman Empire only temporarily in the 2nd century AD, as a result of Emperor Trajan’s wars with the Parthians. Evidence of the presence of legionnaires in the area of the contemporary village Pokr Vedi includes a monumental Latin inscription engraved on a few stone slabs. They could have been originally installed on a building facade. Archaeologists discovered these unique finds in 1967. The large amounts of damaged ceramic vessels, which Polish researchers found this year, were in the vicinity of that discovery.

Kubrak plans to use geophysical methods during the next survey season (scheduled for early next year). Archaeologists hope to be able to see the remains of walls and moats hiding underground. The Polish team also used a drone. Kubrak highly praises this method.

“The drone turned out to be an irreplaceable tool for taking shots, which will be used to create an archaeological map of the area,” he said.