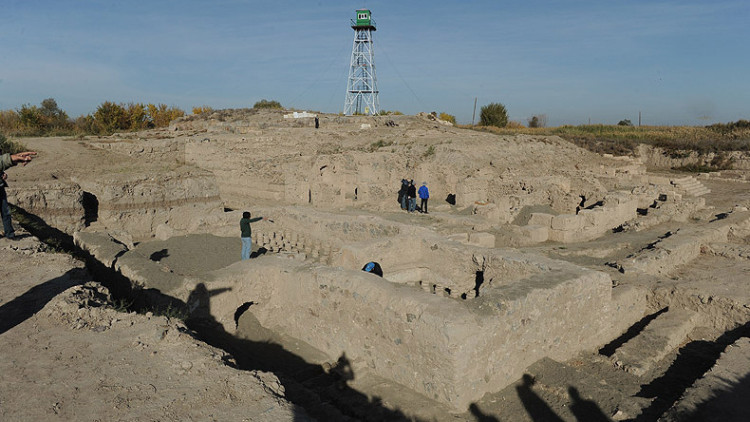 The water bridge was constructed sometime between 114-117

Archaeologists have discovered a 2nd century aqueduct during excavations in Artashat, a town in the province of Ararat 30 km southeast of Yerevan.

The water bridge was constructed sometime between 114-117, according to Pavel Avetisyan – the Director of the Institute of Archaeology and Ethnography of the National Academy of Sciences.

He said the finding is a “huge water supply structure”.

He said studies will actively continue in 2020 to understand what has been preserved and what can be excavated in the “legendary capital city of Artashat”. Founded by King Artashes I in 176 BC, Artashat served as the capital of the Kingdom of Armenia from 185 BC until 120 AD.

Moreover, experts have revealed that several massive royal palace buildings have been recorded in what near the highway leading to Khor Virap outside Artashat. The foundations of these structures have been preserved and are currently on lands that is privately owned. Avetisyan said they will work in this direction also.