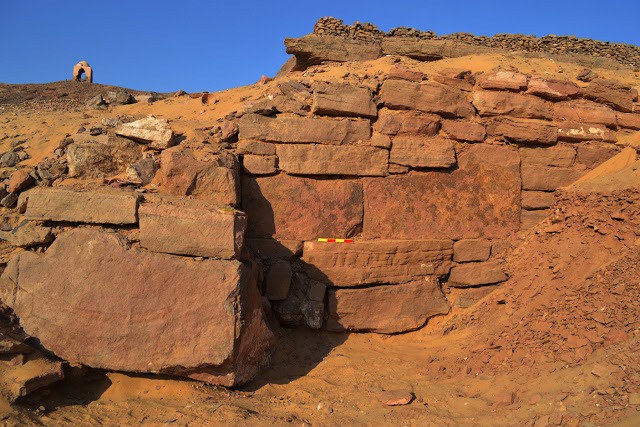 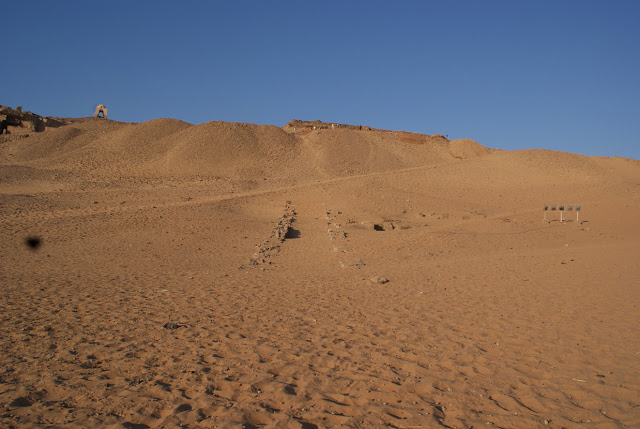 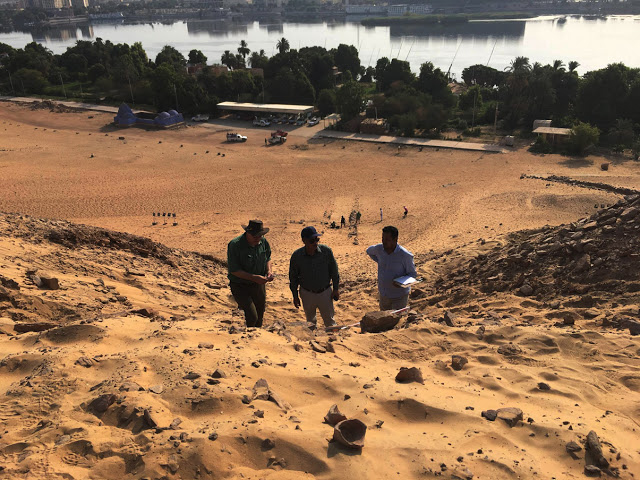 Compelling evidence for new tombs at Qubbet el-Hawa in Aswan

Head of the Ancient Egyptian Antiquities Department at the Ministry of Antiquities, Dr. Mahmoud Afify announced the discovery of a two-metre high ancient retaining wall below the visitors’ pathway in the northern part of the West Aswan cemetery at Qubbet el-Hawa.

Dr. Afify explains that the newly discovered wall indicates the architectural support of the known tombs of the first upper terrace, including those of Harkhuf and Heqaib who were governors of Elephantine Island during the Old Kingdom. Owed to the landscape of Qubbet el-Hawa, the support wall helped to secure the hillside and thus lower lying tombs which were accessible by a causeway leading to a second terrace.

Nasr Salama, General Director of Aswan and Nubia Antiquities, describes the discovery as “stunning” adding that it is now only a matter of time until new tombs are uncovered within the important cemetery.

Essam Nagy, co-director of the QHRP and director of the EES office in Cairo expresses his excitement that the project’s future plan is to follow the wall over its entire lengths in the coming field-seasons. “This find is likely to change our understanding of the ancient funerary landscape of Qubbet el-Hawa,” he pointed out.

Dr. Eman Khalifa, director of the pottery project within the QHRP, explains that the stone wall was dated by the pottery sherds embedded within the mortar used to build it. She said that the crushed pieces include parts of carinated bowls excuted in style typical of the reign of King Pepi II from the Sixth Dynasty (c. 2278-2184 B.C.), together with pieces of Marl Clay jars typical of the First Intermediate Period and the Middle Kingdom, thusindicating the expansion of the cemetery during these periods.

The find was part of the project’s successful first field season, which included the recent discovery of the long sought causeway of Sarenput I, first governor of the area at the beginning of the Middle Kingdom.”