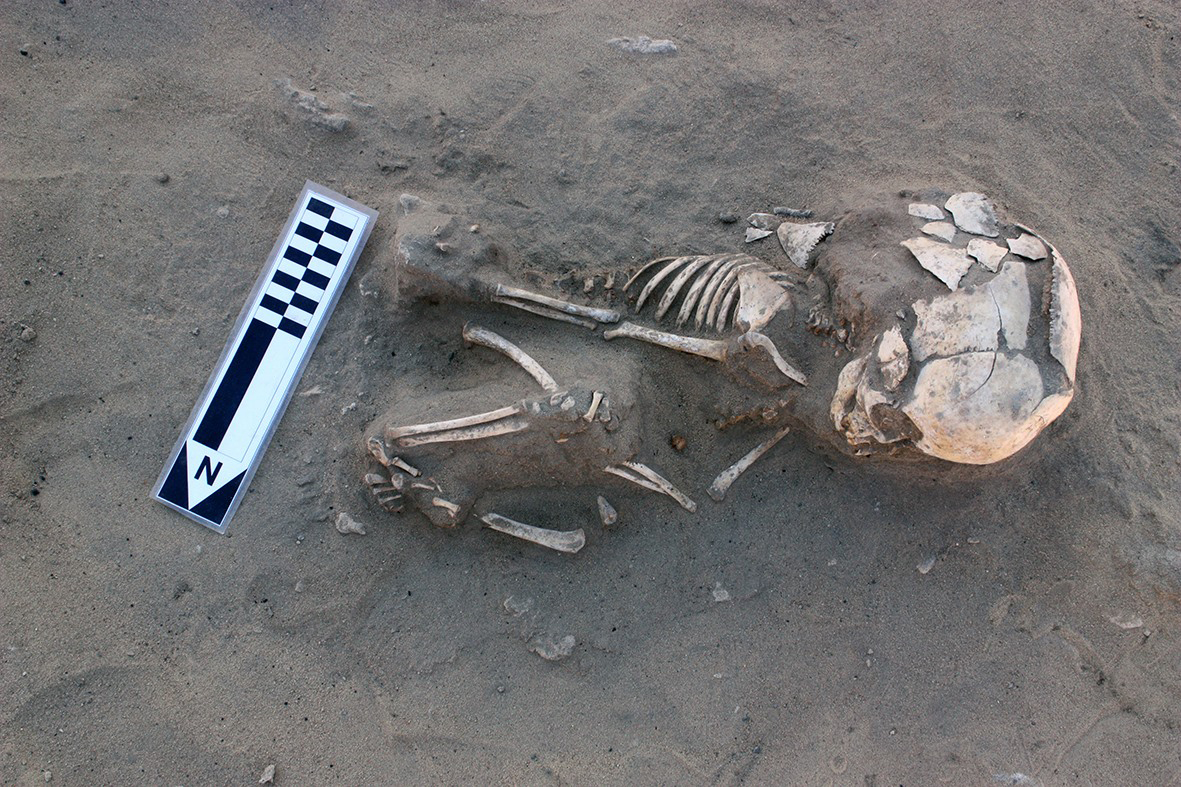 From the Predynastic settlement of Nag el-Qarmila

Antiquities Minister Dr. Mamdouh Eldamaty announced the discovery of the first probable case of scurvy in Ancient Egypt, from the Predynastic settlement of Nag el-Qarmila (c. 3800–3600 BCE) in Aswan.

The discovery was made by the Aswan-Kom Ombo Archaeological Project (AKAP), a joint venture between the University of Bologna and Yale University, directed by Dr. Maria Carmela Gatto and Dr. Antonio Curci.

Bony changes suggestive of ascorbic acid (vitamin C) deficiency were observed by bioarchaeologists Dr. Mindy Pitre of St. Lawrence University and Robert Stark of McMaster University, in the skeleton of a 1-year +/- 4-month old infant. While the cause of this infant’s probable scorbutic state is unknown, various circumstances such as diet and cultural behaviors may have contributed to the condition.

This new discovery informs on the antiquity of ascorbic acid deficiency in the Old World and on the interaction between culture, biology, and environment during the Egyptian Predynastic.

Dr. Maria Carmela Gatto of University of Leicester said the child was buried within a small rural village located at the southern periphery of what will soon become the Egyptian state.

The General Manager of Aswan’s Archaeological Area, Nasr Salama, said that the Italo-American Mission, which has been working in the region since 2005, is shedding light on the Predynastic Period, an important although less known period of Egyptian history.