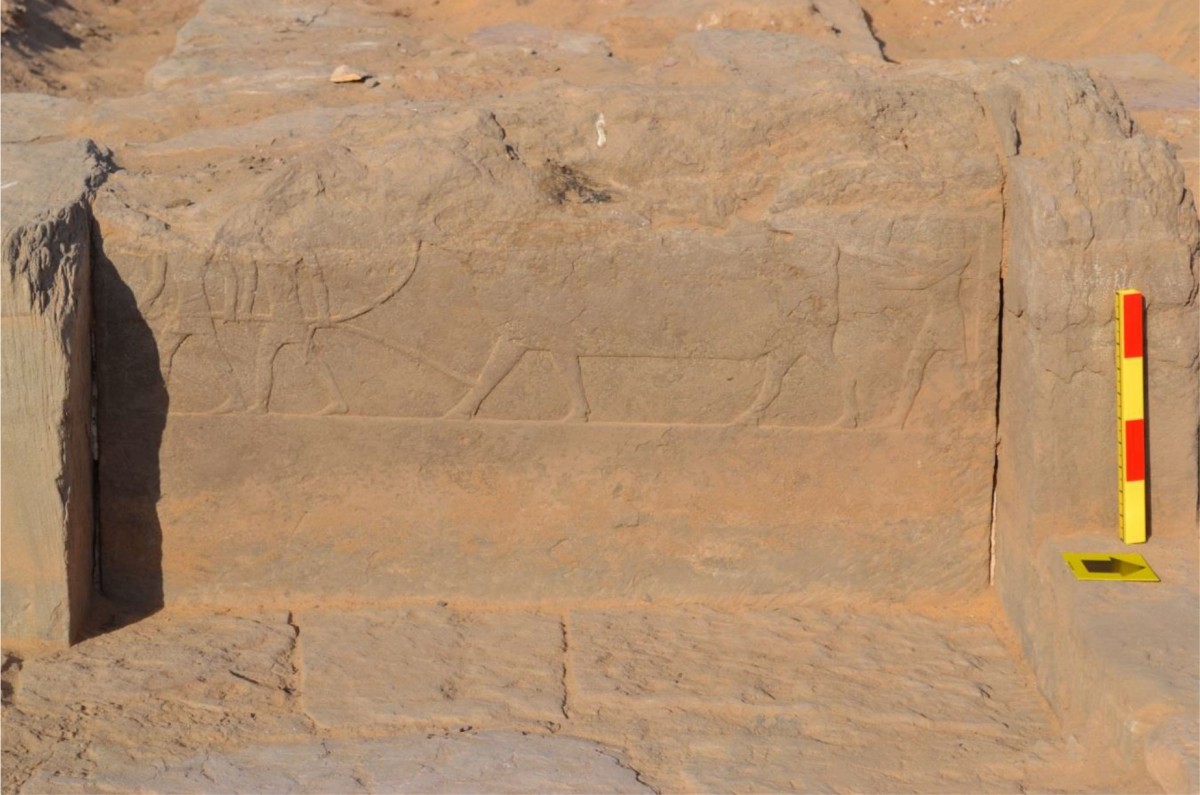 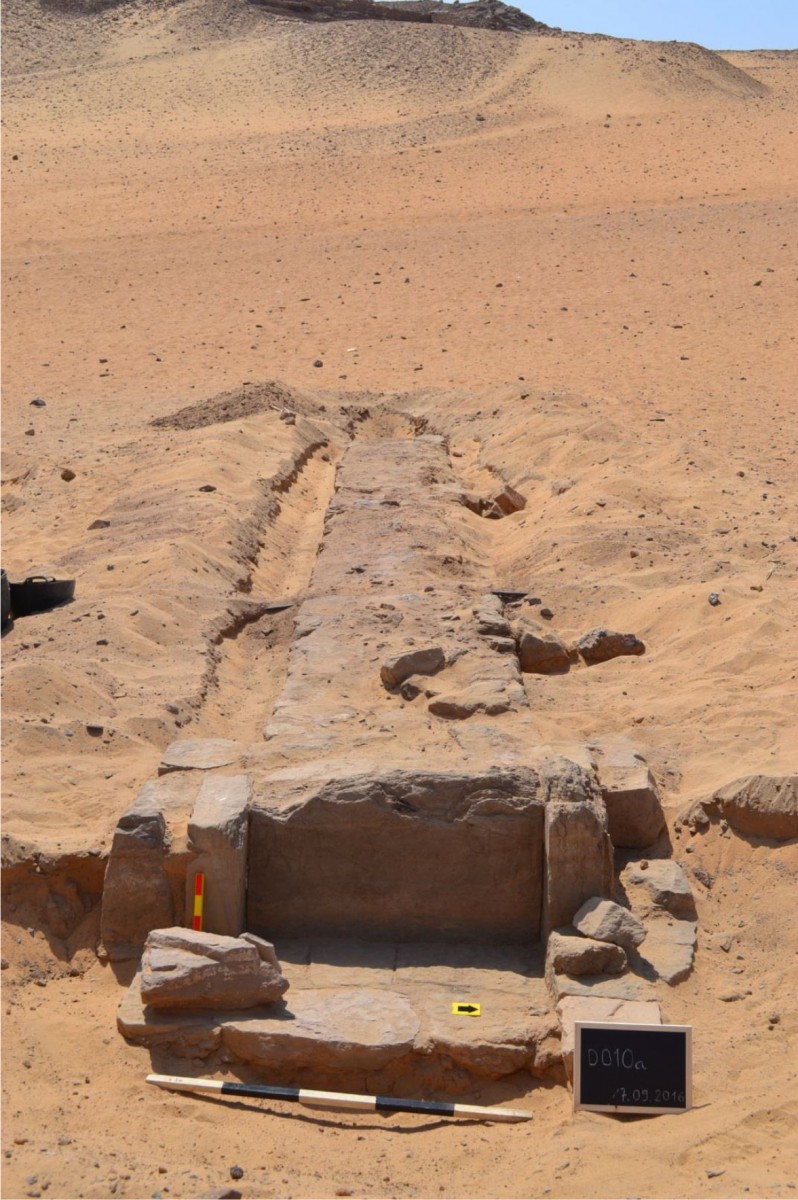 Long searched for causeway of Sarenput I came to light

The long searched for causeway of Sarenput I has been discovered by a joint mission from the University of Birmingham and the Egypt Exploration Society at Qubbet el-Hawa.

Dr. Mahmoud Afify, Head of Egyptian Antiquities stated that the discovery changed the topography of the Qubbet el-Hawa region known for centuries. Mr. Hany Azim, Under Secretary of State of Upper Egypt, described the find as a major break-through which happened shortly after the British archaeology mission started scientific work in this area at the beginning of this year.

On the eastern face of the northern wall of the causeway a relief was discovered, depicting a funerary scene. This is the southernmost example of funerary relief art of the early Middle Kingdom found in Egypt, according to Dr. Martin Bommas, director of Qubbet el-Hawa Research Project. It is made of , a building material only available in the area of Shat elSaba Regal near Kom Ombo which was used at the mortuary temple of Mentuhotep II at Deir el-Bahari and the temple for Satet on the Island of Elephantine.

The survey uncovered an archaeological site that has never been worked on or published despite the fact that excavations started in 1885 by British archaeologists. A dig within the vicinity of the causeway yielded pots within a pit. This type of pots with shallow lids were used during the Late Period. Similar examples are known from the Embalmer’s Cache discovered in Saqqara. The pots show visible remains of their contents. Further chemical analysis will be carried out to shed light on the substances used for embalming and preserving the bodies of the ancient Egyptians.

The recent find confirms the hypothesis that Sarenput I had built a causeway close to the borders of the river Nile. With a length of 133 meters it is the longest causeway ever built on the west bank of Aswan, used to access his tomb and ritually bury Sarenput I, the first governor of the area at the beginning of the Middle Kingdom. The decoration of the causeway was already underway in year 10 of the reign of Senwosret I (1910 BC). As the pottery shows, the causeway was in use for almost 600 years as a place of memory and funerary ritual activities.