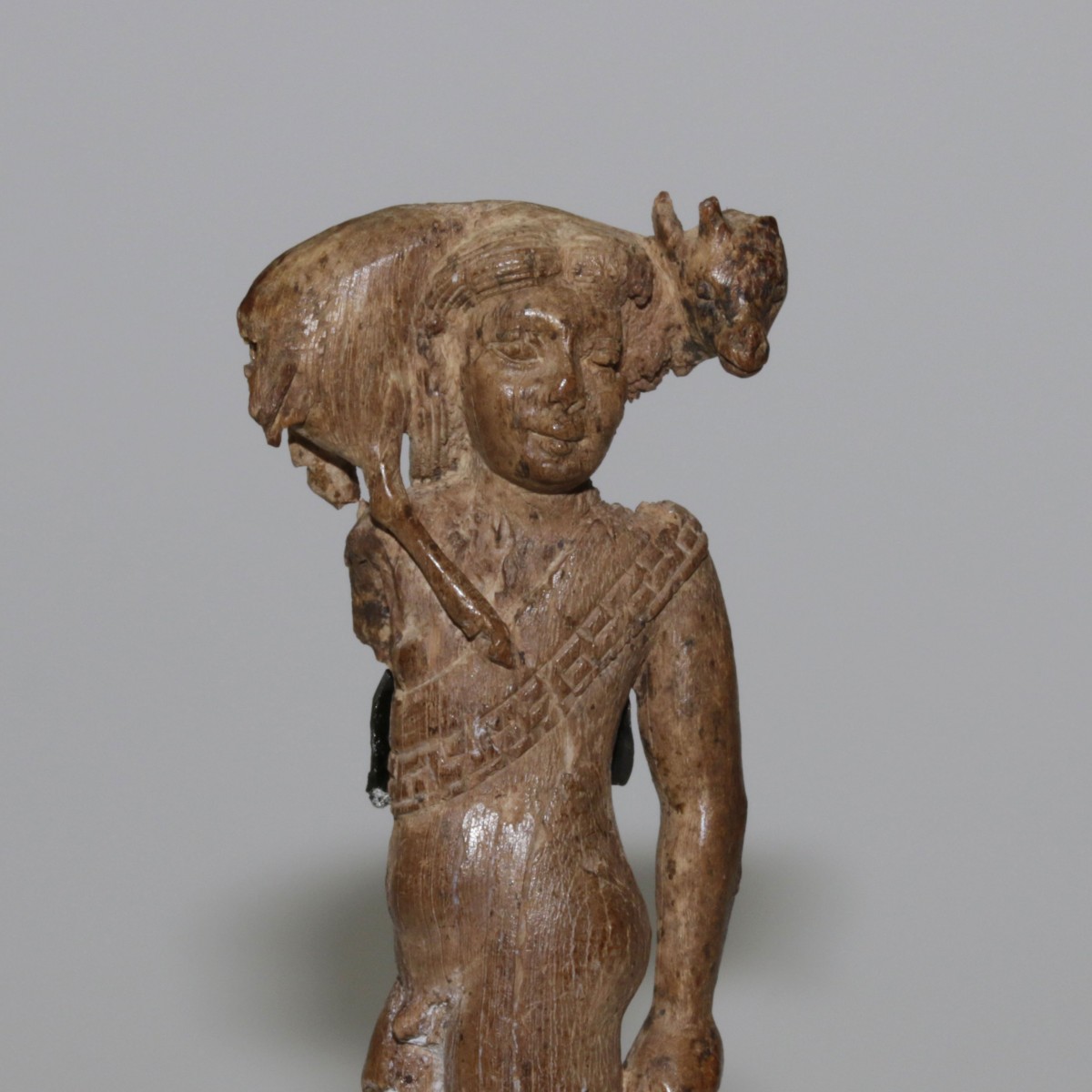 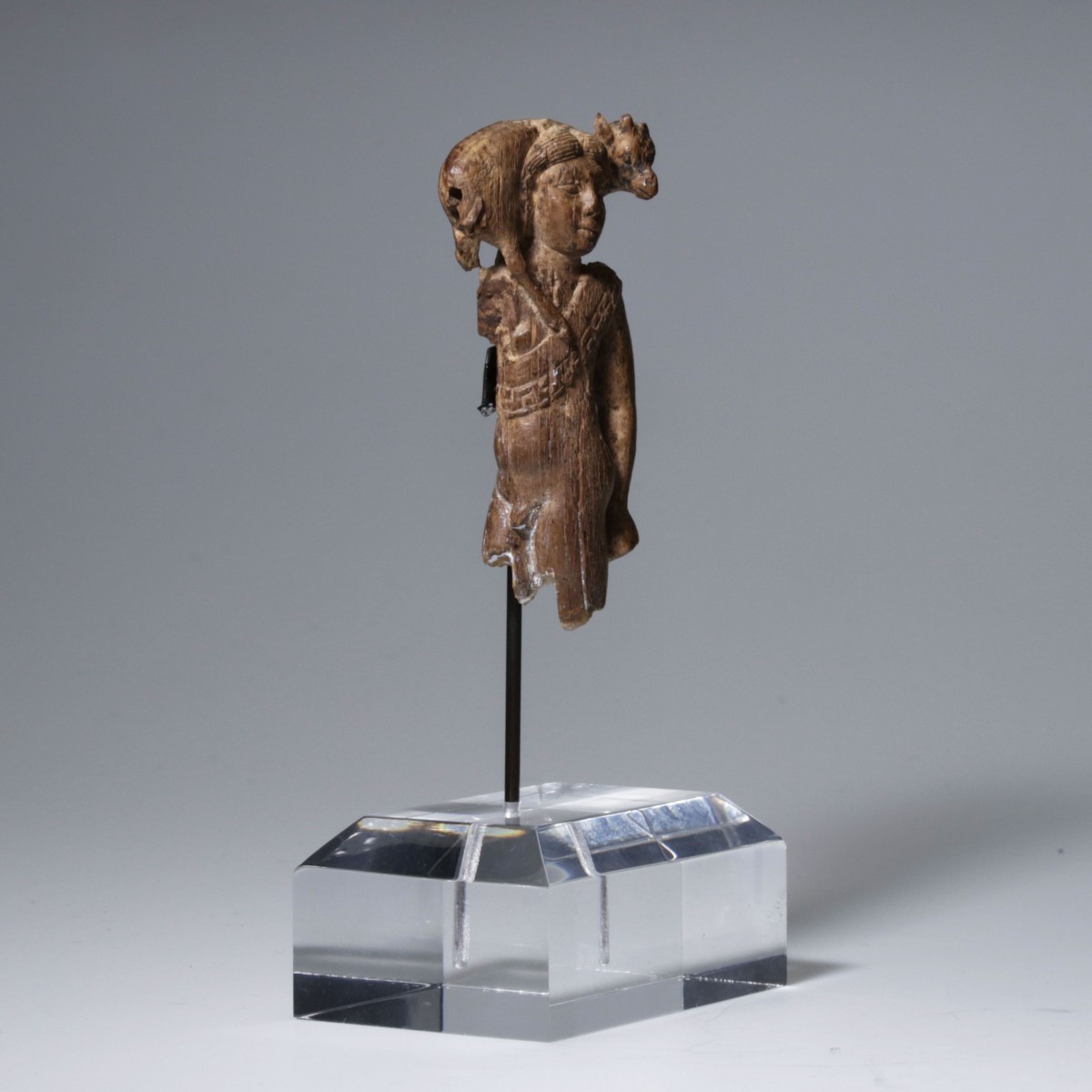 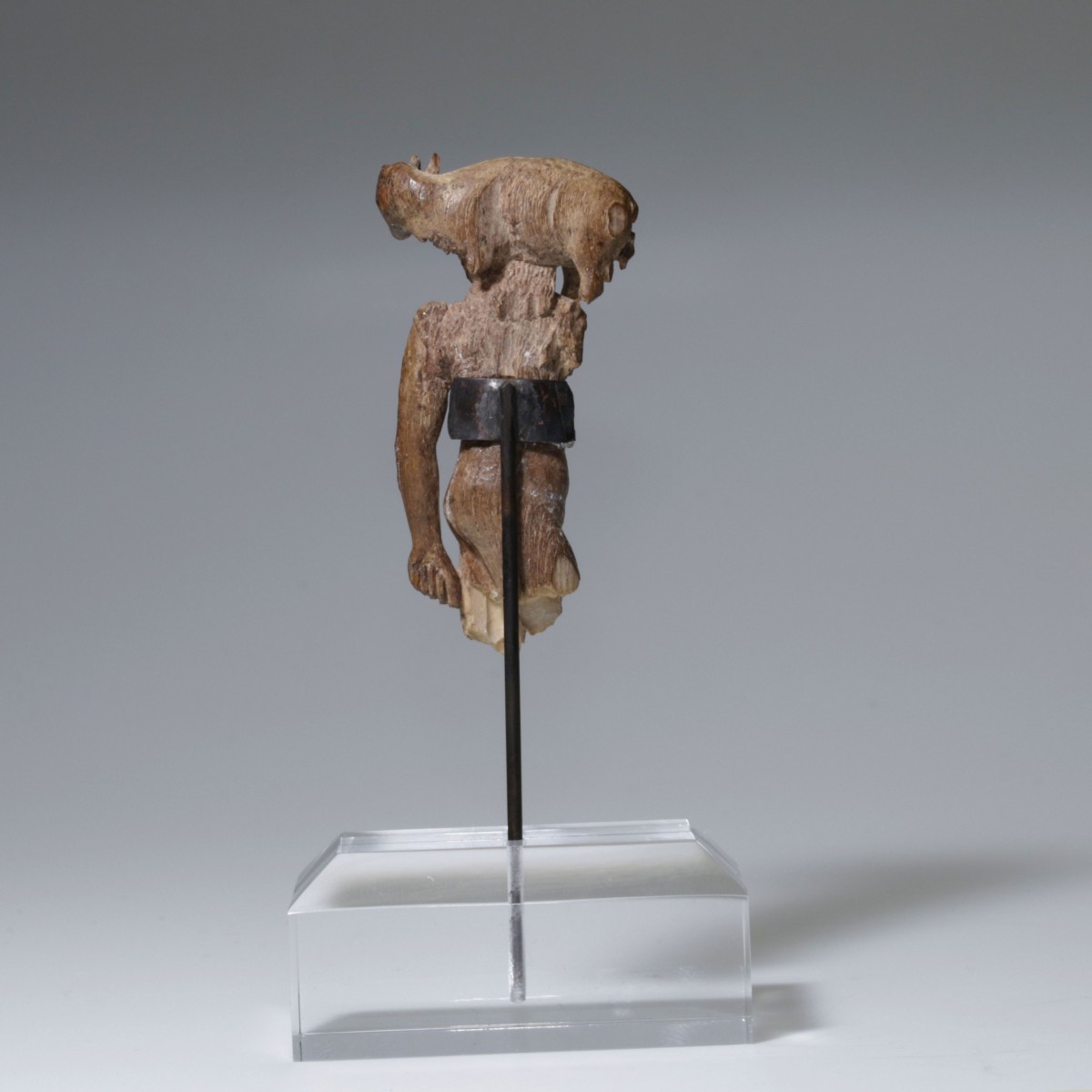 It will soon be returned to Egypt

A 2,700 year-old Egyptian statue which was to be put for sale in Germany has been recognized as stolen from the storerooms of the Antiquities Ministry and will be soon returned to Egypt. The statue was stolen from the Aswan’s Elephantine Island along with many other antiquities in 2013, according to Aly Ahmed of the Antiquities Ministry Restored Artefacts Department. The authorities had provided Interpol with a list of the stolen artefacts.

The statue was unearthed in 2008 during excavations by a Swiss archaeologal mission at Khnum Temple on the Elephantine Island and dates to the Late Period (664B.C.-332 B.C.). It is 4.5 inches high, carved in ivory and it represents a man standing and carrying an antelope on his shoulders.

The artefact was on display at Aton Gallery for Egyptian Art in Oberhausen, western Germany, and after investigations it was verified that it was stolen from Elephantine Island.

Following diplomatic negotiations, Egypt has succeeded to stop the sale of the statue and as Minister of Antiquities Mamdouh al-Damaty announced, legal procedures and investigations are now taking place in Germany in order to return the statue to its homeland.