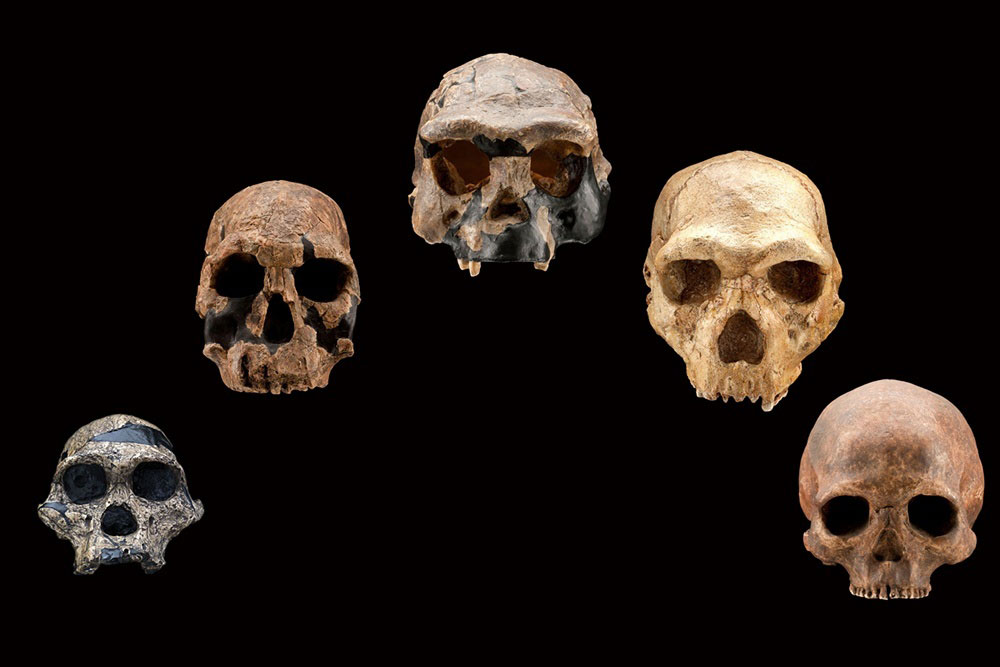 Tracing human migration events after “out of Africa” origins

As more DNA sequencing data continues to become available, including extinct hominids, a new human origins study has been performed that augments a trio of influential papers published in 2016 in the journal Nature.

The papers all confirmed the “Out of Africa” origins of modern humans, while disagreeing on the timing of when a more southern migration route (into Southeast Asia and Australia) may have occurred.

The new study, performed by geneticists at Harvard Medical School, provides an expanded framework for researchers to study human origins, drawing upon extensive DNA sampling — 10 representative modern human populations and all archaic hominid DNA sequenced. After accounting for interbreeding events involving the archaic hominids, their model features a major eastern-western population split once modern humans left Africa, dating back to at least 45,000 years ago, with Australians and New Guineans inside the eastern group.

“We view our model as a detailed synthesis of existing data and a good basis for further work,” said Mark Lipson, lead author on the paper from the Department of Genetics at Harvard Medical School. Lipson, along with colleague David Reich, of Harvard, the Broad Institute, and Howard Hughes Medical Institute, published the study in the advance online edition of the journal Molecular Biology and Evolution.

Their model supports a radiation of modern human populations shortly after leaving Africa, matching the work of archaeologists, although the “southern route” question is still not fully resolved. “We don’t see evidence of ancestry from an early southern dispersal in present-day populations, although we can’t rule out a small proportion,” added Lipson.

He also urges caution until more DNA data is in hand.

“There is some older archaeological evidence from Asia, and while our results suggest that the earliest inhabitants probably would not have been closely related to Asian and Australian populations today, it would be extremely interesting to see DNA from those sites,” he said.

Their hope is that analysis of additional ancient samples within the framework of their study and the other recent papers will continue to refine our understanding of human origins.