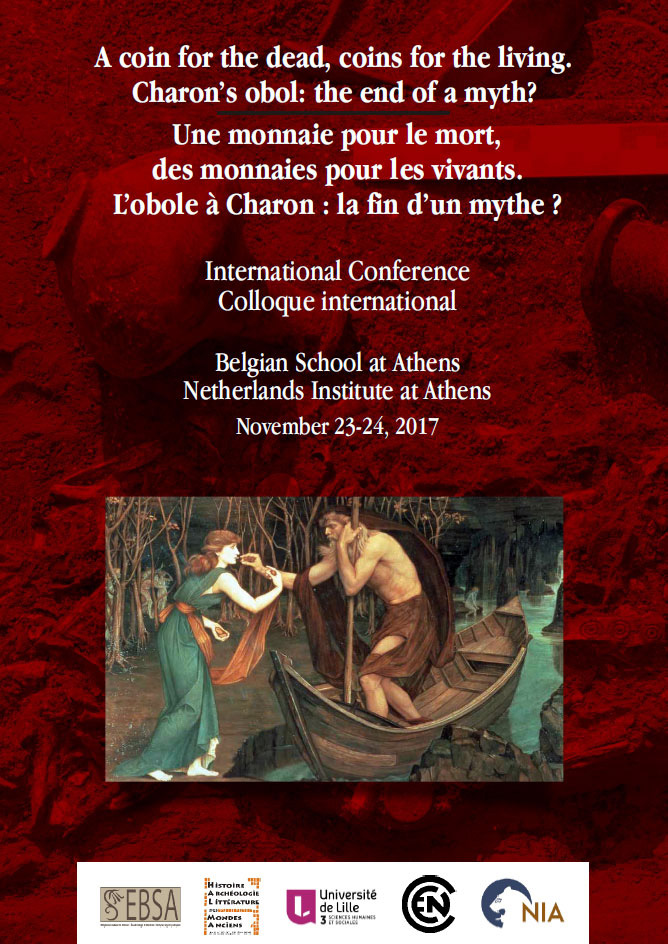 A coin for the dead, coins for the living

A coin for the dead, coins for the living. Charon’s obol: the end of a myth?

Thanks to new methods of investigation, the field of funerary archaeology has developed in the last years. Fine excavation, precise archiving of contextual data and the many pluri-disciplinary studies have led to the establishment of an “archaeology of ritual”. Far from the simple gathering of material that excavating burials was confined to, this discipline now takes into account two essential things: biological anthropology and the study of taphonomic phenomena. The objects that were deposited in the tombs are then considered as part of the context in which the deceased is placed: in other words they can inform us on the funerary gestures.

Although the study of rites and gestures seems like an innovating field in archaeology, the taking into account of the data from the analysis of coins from funerary contexts has not yet followed this trend, despite the fact that this theme is undoubtedly at the heart of the renewal of funerary archaeology. The gesture of depositing one or more coins is indeed part of complex and various ritual sequences whose aim is the constitution of a tomb. Since the conferences held at Salerna (“Caronte. Un obolo per l’Aldila”, 20-22 February 1995) and at Neuchatel (“Trouvailles monétaires de tombes”, 3-4 March 1995), which were thought of as pioneers on this matter, no new summary has been attempted on this practice nor on the integration of numismatic data within the funerary archaeology speech itself.

The aim of this conference is to revisit the question of monetary discoveries within burials through a contextual approach, incited by conceptual progress in the analysis of funerary documentation that has been made in the last years. This strictly anthropological approach aims at establishing a dialectical relationship between the facts that are precisely documented and their integration into a theoretical framework.

In this prospect, we would like to organize the days of the conference around central questions of material aspects of the practice, of their place within ritual sequences and their evolution in a longer timeframe. The ambition of this conference is to confront the state of our knowledge, methods and case studies in the Mediterranean between the 5th century BC and the 7th century AD.

This meeting will be an opportunity for addressing questions that are common to archaeologists and numismatics as far as the protocol of the study of coins in funerary contexts is concerned. An important place will therefore be devoted to the recent data and to the innovating methods of approach.

The geographical and chronological frames that have been set will allow us to have an overview of local particularities and chronological evolutions as well as shed light on new lines of approach on the practice (specific observations, specific studies, possible correlations…).

The accent will be on transdisciplinary approaches and on excavations with precise documentation, which are the only ones capable of rendering the contexts in which these gestures take place.

Proposals for papers (title and abstracts of ca. 20 lines) or for posters (A0 format required) are expected by April 30, 2017.

The selection comity will meet at the beginning of May 2017.

Definitive texts will have to be submitted by March 31st 2018 for publication in a special issue of the Journal of Archaeological Numismatics (Jan 2019/9), to be released in May/June 2019.