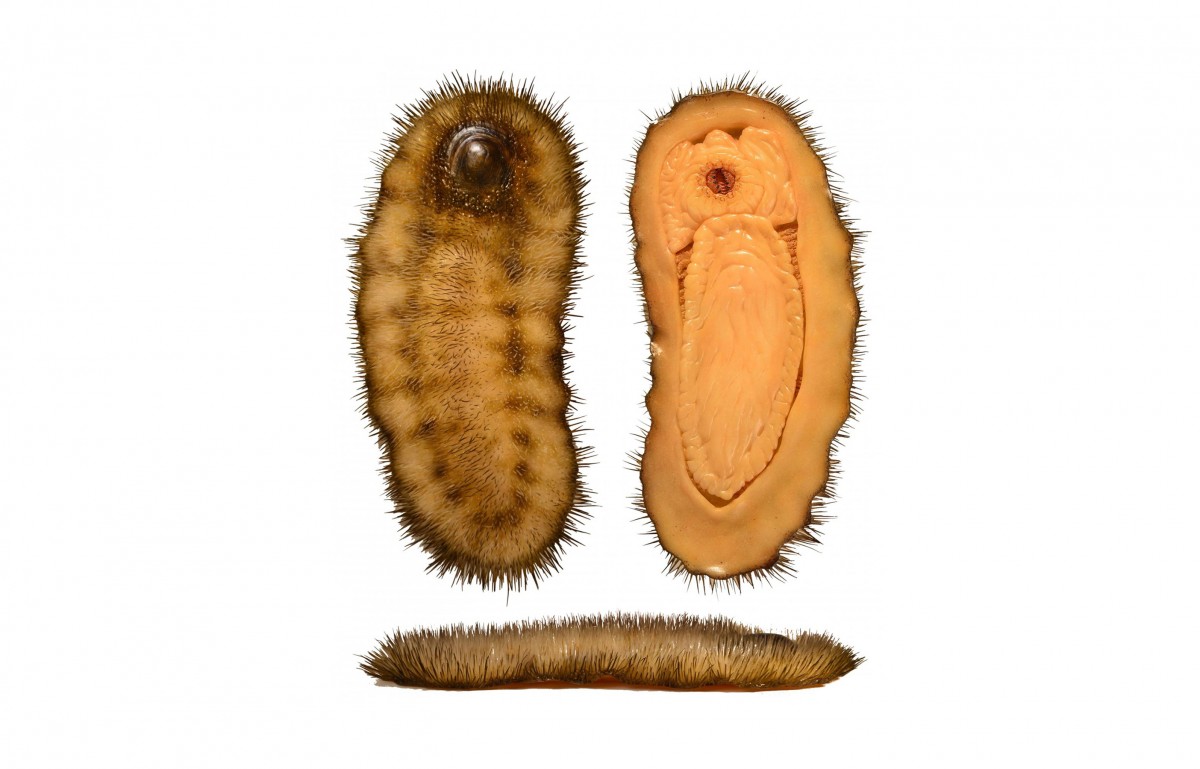 This spiny slug blazed a trail for snails

The animal’s name is Calvapilosa

Reach back far enough in the family tree of a snail or a clam and you’ll find a spiny little slug with tiny teeth, wearing a helmet.

Scientists have unearthed the 480-million-year-old remains of a creature that reveals the earliest stages in the evolution of mollusks, a diverse group of invertebrates that includes squids, octopuses, snails, and clams. The discovery was announced in a paper published online Feb. 6 in the journal Nature.

The animal’s name is Calvapilosa — which means “hairy scalp” — and it came from a fossil-rich deposit in Morocco known as the Ordovician Fezouata Formation. The researchers said Calvapilosa is an early offshoot of the line leading to modern coat-of-mail shells or chitons. Calvapilosa has a tooth-lined jaw for feeding, carries a helmet-like shell on its head, and has spines that extend over its entire upper body.

“This discovery brings a neat solution to how the ancestor of all mollusks may have looked,” said lead author Jakob Vinther, a former Yale doctoral student who is now at the University of Bristol. “It was a slug that carried a single shell and lots of little spines or sclerites.”

The researchers believe these spines, which were not mineralized in the earliest mollusks, hardened and became stronger in Calvapilosa.

“Mollusks consist of a multitude of distinct groups, which all originated about 520 million years ago in a very short period of time, probably less than 20 million years,” said Derek Briggs, Yale’s G. Evelyn Hutchinson Professor of Geology and Geophysics and curator at the Yale Peabody Museum of Natural History. Briggs co-authored the study.

“Their evolutionary history is squeezed into a brief interval of evolutionary time called the Cambrian explosion, which makes the sequence of events difficult to piece together,” Briggs said.

Calvapilosa’s anatomy is similar to that of some famous older fossils from the Burgess Shale in Canada (Orthrozanclus) and Sirius Passet in Greenland (Halkieria). Those animals, along with Calvapilosa, now will find places on the earliest branches of the mollusk family tree.

Additional co-authors are Peter Van Roy, a former postdoctoral researcher at Yale, who is now at Ghent University; and Luke Parry, a doctoral student at the University of Bristol who will be joining the Briggs lab at Yale in 2018. “Morocco has revealed itself as a fossil treasure trove for ancient life,” said Van Roy, who discovered the Fezouata Biota. “It never ceases to amaze me what is discovered there.”