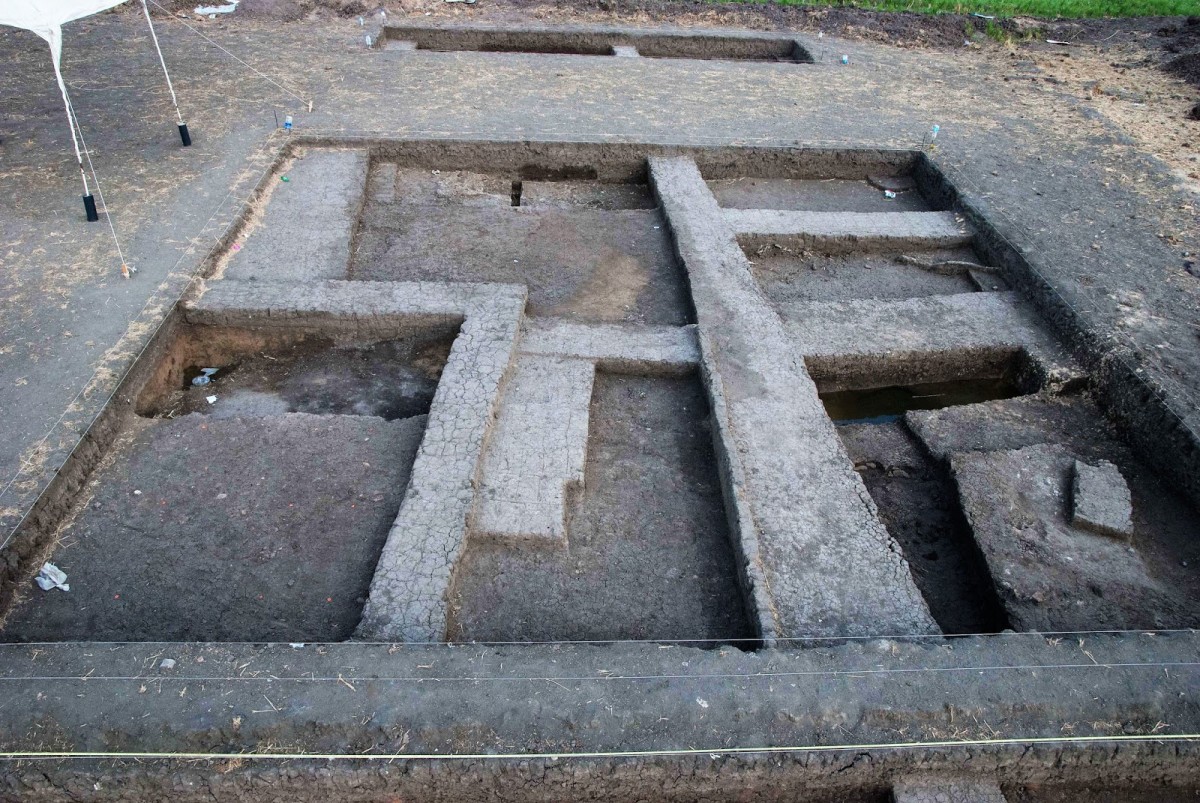 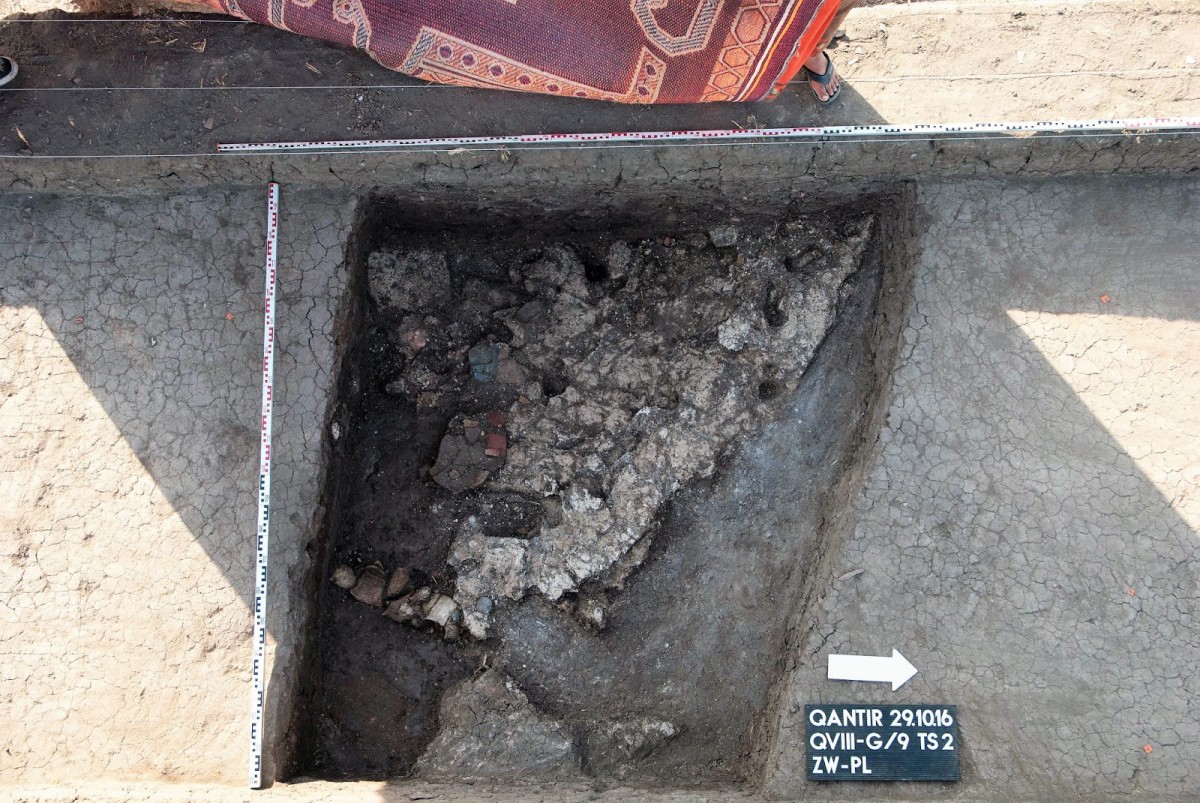 Wall-paintings, mortar-pits with children's footprints and moulds for royal amulets

Wall-paintings, mortar pits with children’s footprints and moulds for royal amulets were discovered at the ancient city of Pi-Ramesses (Qantir) in the East Delta region.

The Pi-Ramesses excavation team of the Roemer- und Pelizaeus-Museum in Hildesheim (Germany), has uncovered parts of a building complex as well as a mortar pit with children’s footprints and a painted wall, Head of the Ancient Egyptian Antiquities Department, Mahmoud Afifi announced. He describes the building complex as “truly monumental” as it covers about 200 by 160 metres.

Based on the layout, one could assume that the building complex was a palace or a temple. Mission Director Henning Franzmeier explains that magnetic measurements were carried out last year in order to determine the structure of the ancient city. Parts of a building complex were located in this area.

Franzmeier said that the team has also uncovered an area of about 200 sq. m. The aim of these works is to locate a potential entrance to the monumental building, which seems to be located in its north-western corner and not in the axis of the comples, which is typical.

Furthermore a second small trench was opened in an area where the team believes the enclosure wall can be traced.

“The finds and archaeological features uncovered are most promising,” Franzmeier said adding that just a couple of centimetres beneath the surface a multitude of walls was uncovered. They can all be dated to the Pharaonic period.

Due to the limited size of the trenches no buildings can be reconstructed so far. Nonetheless it is obvious that the stratigraphy is extremely dense, several constructionphases are preserved, and not all the walls are contemporaneous.

The team has also found a mortar pit extending to at least 2.5 by 8 metres. It still preserves a layer of mortar at the bottom showing footprints of children which most probably mixed the components of the mortar. Even more extraordinary is the filling of the pit as it consists of smashed pieces of painted wall plaster.

“No motifs are recognizable so far but we are certainly dealing with the remains of large-scale multi-coloured wall-paintings,” said Franzmeier.

The wall-painting fragments have been cleaned in situ and subsequently removed. A comprehensive excavation of all fragments followed by conservation works and the reconstruction of motifs will be subject of future seasons.