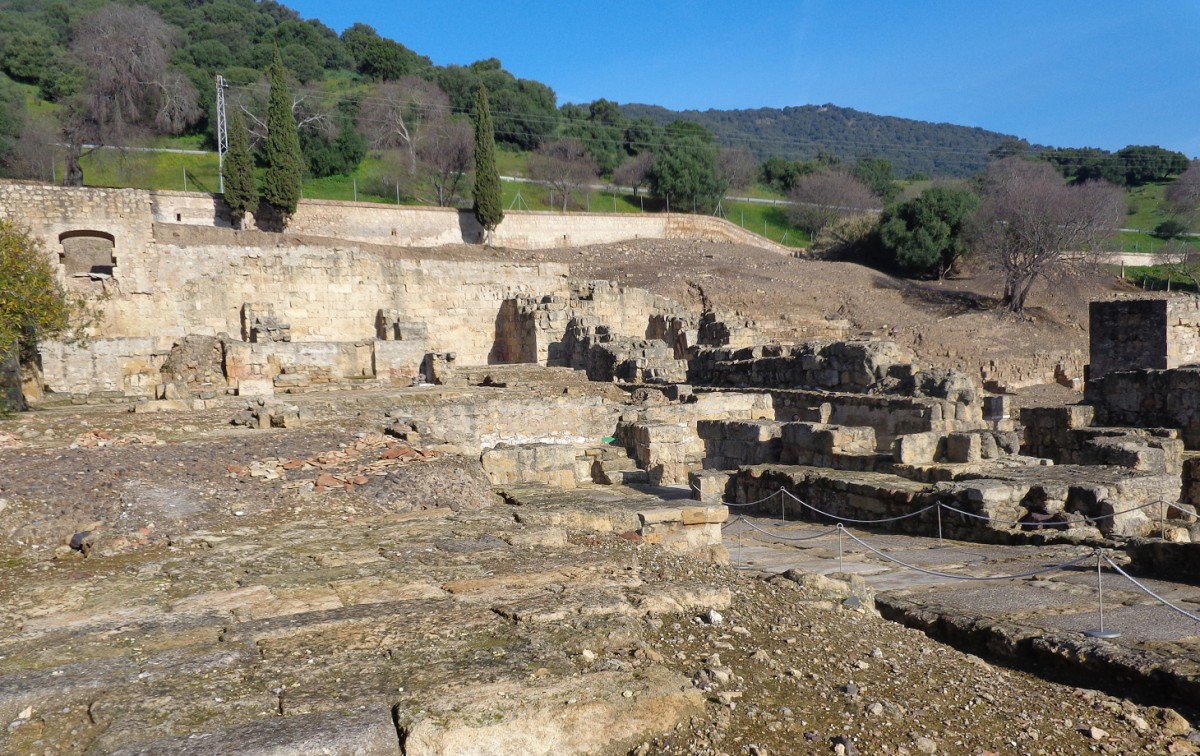 Using new archaeological techniques to uncover more about our past

Constructed in the mid-10th century, and abandoned in the 11th, the medieval palace city of Madinat al-Zahra showcased the prestige and power of the Islamic caliphate in Iberia. While much archaeological excavation and interpretation has focused on the architecture of the palace, almost the entirety of the accompanying 100-hectare city remains unexplored.

What remains of Madinat al-Zahra reveals much about the people who lived there and the goods they created – giving insight into the cultural and technological transfer of ideas and production methods over the period. The collaborative team involving researchers from BU, Universidad de Córdoba and Newcastle University are using new techniques and technologies to find out more about the site, and which areas to excavate to uncover where and how materials were produced.

“Islamic palaces tend to have a lot of decoration like glazed tiles, and were very lavish, with lots of beautiful things. We’re interested in where these things were being made,” explains Professor Kate Welham, Professor of Archaeological Sciences at BU. “The reason we’re interested in that production is because at the time, there was a lot of technology transfer in the Islamic world between Spain and North Africa and across all of that trade route.

“That’s the real archaeological question behind it – what’s going on with these technologies during that period, where is the knowledge coming from, and who’s doing what.”

Professor Welham is working with BU’s Dr Derek Pitman, using an innovative technique called Portable X-Ray Fluorescence Spectroscopy (pXRF) alongside more traditional geophysical surveys of the site to uncover areas of interest. pXRF allows them to gain immediate chemical analysis readings out in the field – meaning the team can analyse the soil composition of the area to uncover evidence of production sites.

“The way in which people made things like metals, ceramics and glass gave off a lot of pollutants, which tend to stay in the soil around them,” explains Professor Welham. “We found that by combining these two techniques, we can not only pinpoint the areas where these production sites were, but we can also look at the type of kilns and materials produced.”

Following initial visits to the site with colleagues from Universidad de Córdoba and Dr Chloe Duckworth from Newcastle University in July last year, the research team has received a grant from the British Academy to complete further surveys and analysis. They will work alongside current students, recent graduates and commercial archaeologists to confirm the locations of production centres at the site, on the western outskirts of Córdoba, Spain.

“There are some quite exciting things that we can find as a result of applying these techniques,” says Professor Welham. “We’d like to confirm that we’ve got the locations of these big production centres and whether they are all in one place or if there are lots of them in other places.”

She adds: “I think it’s going to really help us understand the technology transfer and how ideas were flowing during this time period. Items are made by people and so actually technology was a fundamental part of expressing other things such as wealth, status and power. So while you might be looking at something quite scientifically, you’re actually trying to answer these big social questions about cultural behaviour.”

Involving the next generation of archaeological talent in the project will not only have tangible benefits for the students and graduates, believes Professor Welham, but also for taking forward these innovative techniques and ensuring they are used to answer new and exciting archaeological questions in future.

“It’s really great to give them exposure to an international collaborative site,” she says. “They get to experience really different types of archaeology and also have the cultural exchange of ideas.

“Beyond that, I think they are also gaining useful skills and experience using geophysical equipment and the analysis techniques, but more importantly it really boosts their confidence and gives them a lot of transferable skills – whether that’s helping with report writing or organisation – and builds their professional networks.

“I hope that if they are aware of these new techniques and technologies, then they can apply them. Whether it’s the advent of drone photography or portable XRF that brings the lab into the field, we can answer the questions we wanted to ask ten years ago but couldn’t.

“You never know what developments in science and technology will enable you to answer new and interesting questions, which is what makes it so exciting.”