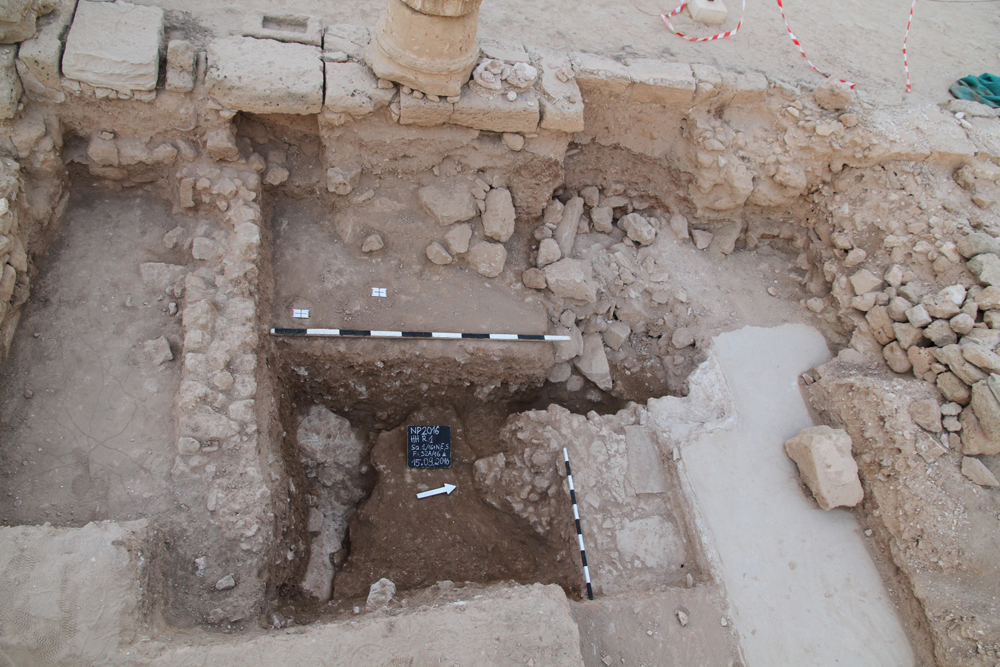 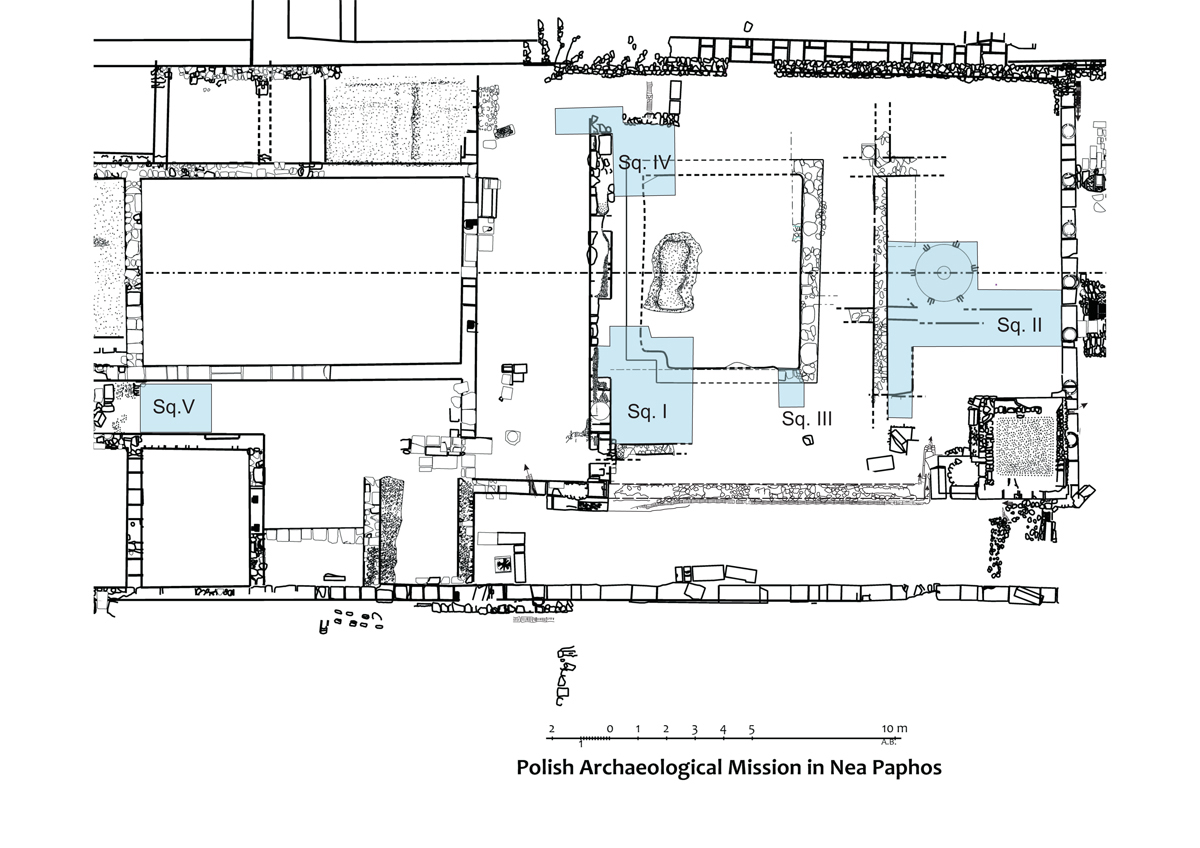 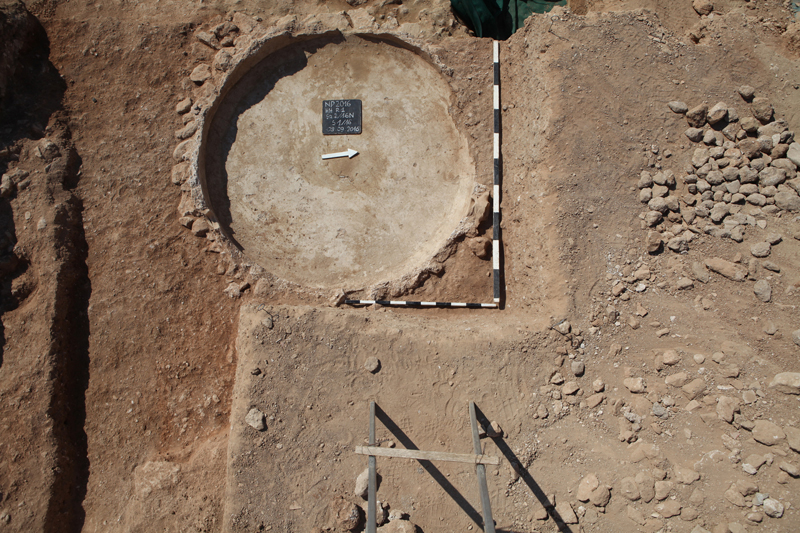 The 2016 Polish excavations at Kato Pafos-Malloutena

In the first area the trenches dug in 2014 were extended to the east – up to the eastern portico of the courtyard and the south-western corner of that space, where the earlier trial trenches of 2013 and 2014 were connected and excavated to the bedrock. Some extensions of trenches were also conducted in the north-western corner of the courtyard. In the eastern extension a round basin ca. 2 m in diameter was found containing fragments Lamboglia 2 type amphorae necks with handles and rims, at approximately 19.5 cm above the floor, probably both for feeding water into the basin and for discharging water. Three of the six necks were partly preserved in situ. At the centre of the basin floor a circular imprint (approx. 47 cm in diameter) was found, which suggests that some kind of vessel once stood at this point.

Between the circular basin and the eastern portico remains of floors and walls were uncovered, and below these the bedrock was unearthed, with cuts opened for the construction of the walls. The trench was too narrow to provide evidence of the sequence of the structures to which the walls and floors belonged, but the relationship between the circular cistern and the floors became clear. Between the basin and the underground cistern in the south (excavated in 2014), a stratum dating to the transition from the Cypro-Classical to the Hellenistic period was excavated, containing a large amount of pottery. The large rectangular basin found in 2014 in the same courtyard and the round basin mentioned above both are situated on the same axis line of a large hall, room 10, with a mosaic floor of broken pebbles.

The north-western corner of the large basin was damaged by a large cut just east of the western stylobate and this permitted excavation below the basin’s floor level. Beneath the floor a layer of rubble was reached, which contained void areas. Beneath the basin’s floor a plaster coating was found on the wall surrounding the basin. A trench was excavated in corridor nr 29 between the large hall with the broken pebble mosaic nr 10 and the Roman House. The aim of this trench was to verify results of earlier trenches opened at the western end of the corridor. These trenches showed that the floor of corridor 29 was situated below the mosaics on both sides, and was damaged by earthquakes. The stretch of the corridor uncovered in 2016 showed that below the layer of the first floor, two more floors existed. Most importantly, the second floor was cut by the foundation trench of the southern wall of the great hall nr 10. Along the wall of the “Roman House” a pipe was found set in a frame built of fist-sized stones. In the House of Aion limited cleaning of architectural features was conducted. Also, aerial photography was performed in order to enable the study of the architectural remains.

Excavations were conducted by the Polish Archaeological Mission of the University of Warsaw under the direction of Dr. H. Meyza.