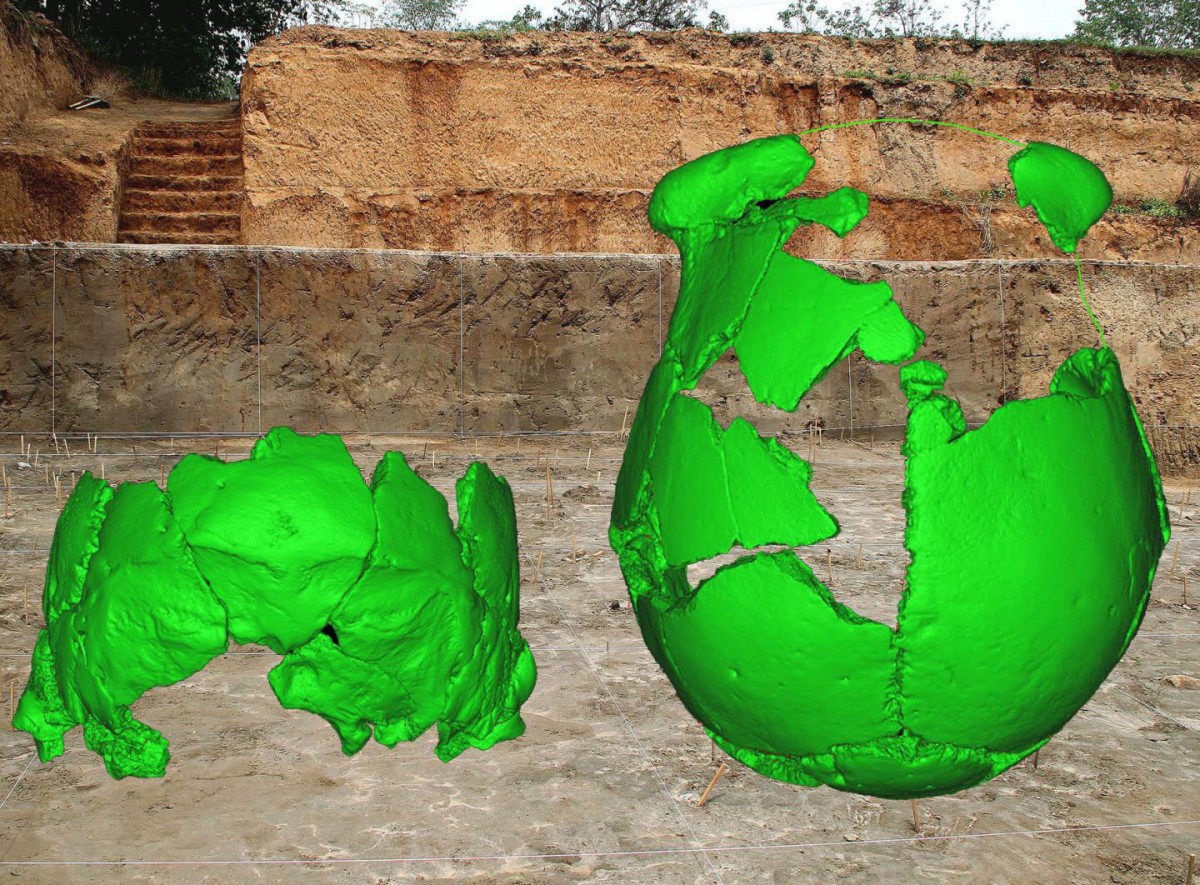 Two partial archaic human skulls, from the Lingjing site, Xuchang, central China, provide a new window into the biology and populations patterns of the immediate predecessors of modern humans in eastern Eurasia.

Securely dated to about 100,000 years ago, the Xuchang fossils present a mosaic of features.

-With late archaic (and early modern) humans across the Old World, they share a large brain size and lightly built cranial vaults with modest brow ridges.

-With earlier (Middle Pleistocene) eastern Eurasian humans, they share a low and broad braincase, one that rounds onto the inferior skull.

-With western Eurasian Neandertals, they share two distinct features — the configuration of their semicircular canals and the detailed arrangement of the rear of the skull.

“The biological nature of the immediate predecessors of modern humans in eastern Eurasia has been poorly known from the human fossil record,” said Erik Trinkaus, a corresponding author for the study and professor of anthropology at Washington University in St. Louis. “The discovery of these skulls of late archaic humans, from Xuchang, substantially increases our knowledge of these people.”

More importantly, he noted: “The features of these fossils reinforce a pattern of regional population continuity in eastern Eurasia, combined with shared long-terms trends in human biology and populational connections across Eurasia. They reinforce the unity and dynamic nature of human evolution leading up to modern human emergence.”