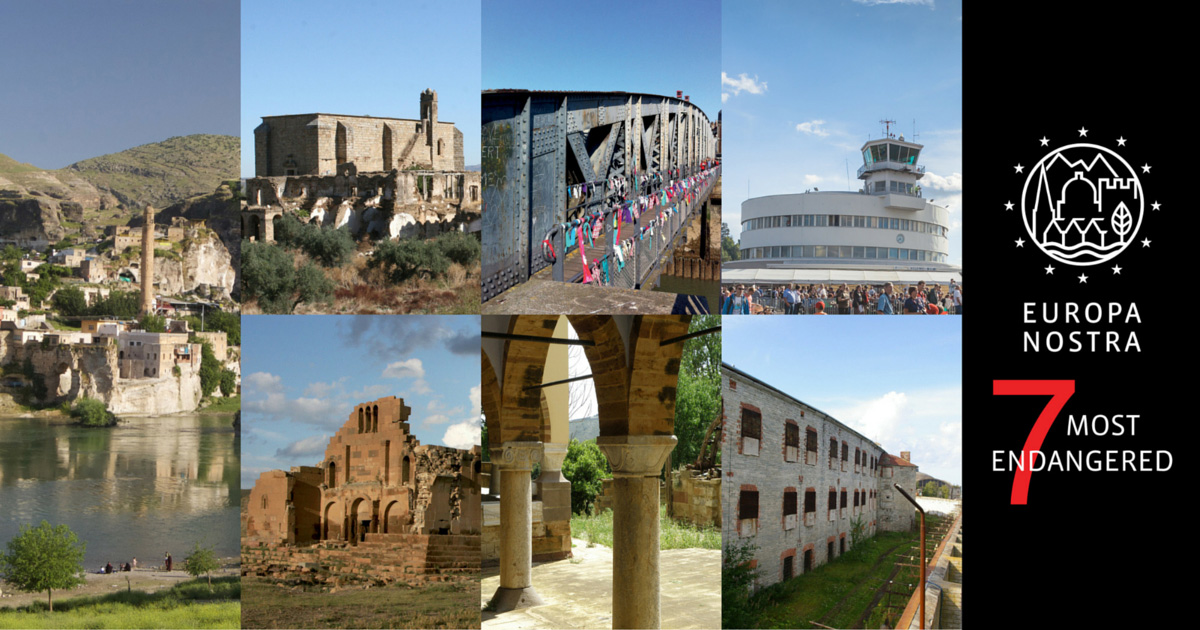 Nominate a heritage site for the 7 Most Endangered programme 2018

All over Europe monuments and heritage sites are in danger. Some due to lack of resources or expertise, others due to natural disasters or human actions. To find a sustainable future for these sites, the leading heritage organisation Europa Nostra teamed up with the European Investment Bank Institute and launched, in 2013, the 7 Most Endangered programme.

The 7 Most Endangered programme helps threatened European monuments and sites by mobilizing communities together with public and private partners. It is not a funding programme. Its aim is to serve as a catalyst for action.

The 7 Most Endangered programme is supported by the EU Creative Europe programme, as part of Europa Nostra’s network project ‘Mainstreaming Heritage’.

If you know of important heritage that is endangered – such as a historic monument or archaeological site, a place of worship, an industrial complex, a historical park, a museum or even a movable heritage asset –, nominate it for the 7 Most Endangered programme 2018.

The final list of 7 most threatened heritage sites in Europe will be announced in February 2018 during the European Year of Cultural Heritage.

Nominations can be submitted by Europa Nostra’s member and associate organisations as well as by established public and private bodies active in the heritage field located in countries where Europa Nostra is not yet represented.

It is only with your help that we can save our shared heritage treasures!