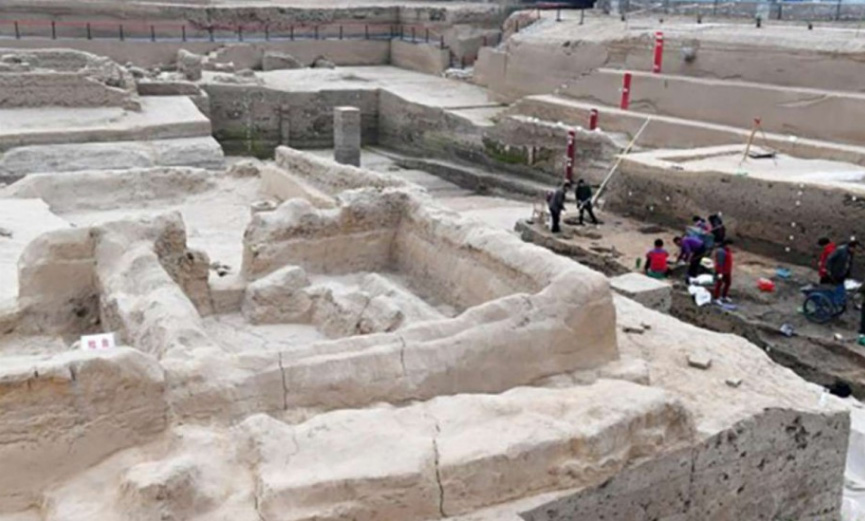 Six ancient cities piled one on top of the other

The six ancient cities were found deep underground in Kaifeng, in the east of China’s Henan province.They were built one on top of the other in a period of 2,000 years, representing several dynasties spanning from the Warring States Period (475-221 BC) to the Qing Dynasty (1644-1911). Kaifeng has a history of more than 4,000 years.

The site at Kaifeng is being excavated in the framework of the “City upon a City” Xinzheng Gate project, which was launched in 2012.

This piling of cities was not common in ancient China. If a capital of a dynasty fell during conflict, the capital of the succeeding dynasty would be built in another place. However, Kaifeng lies in the south bank of the Yellow River and is subject to flooding. So when the ancient cities fell during conflict, they were buried by mud. This is the reason why they were piled on eon top of the other.