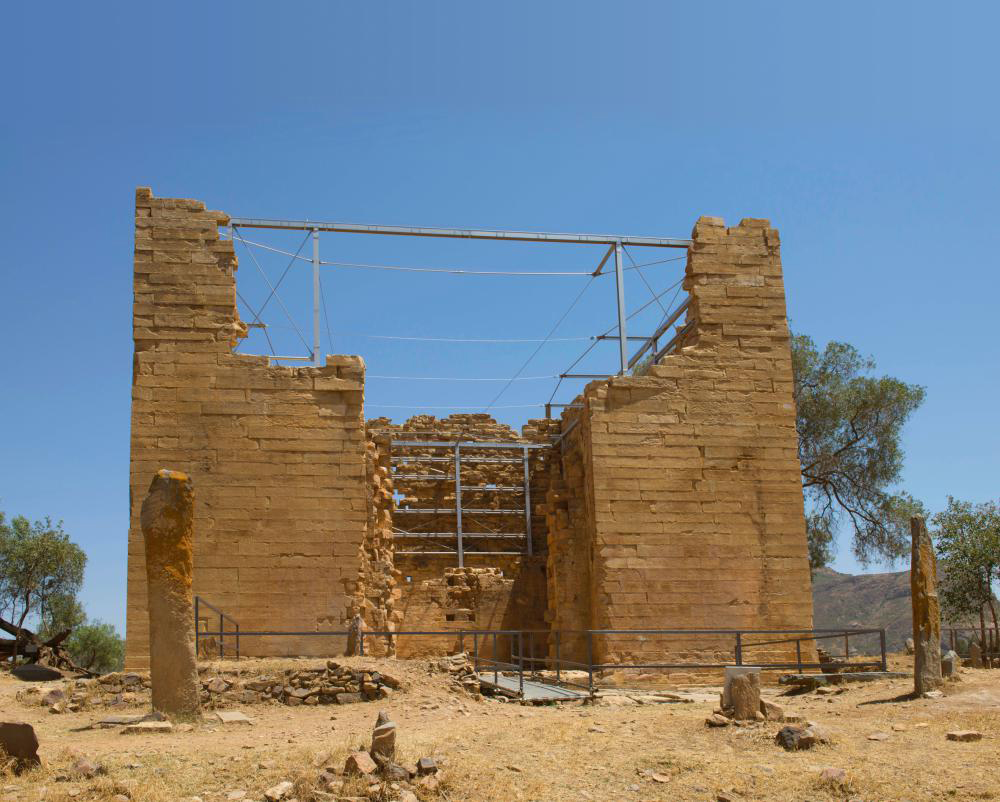 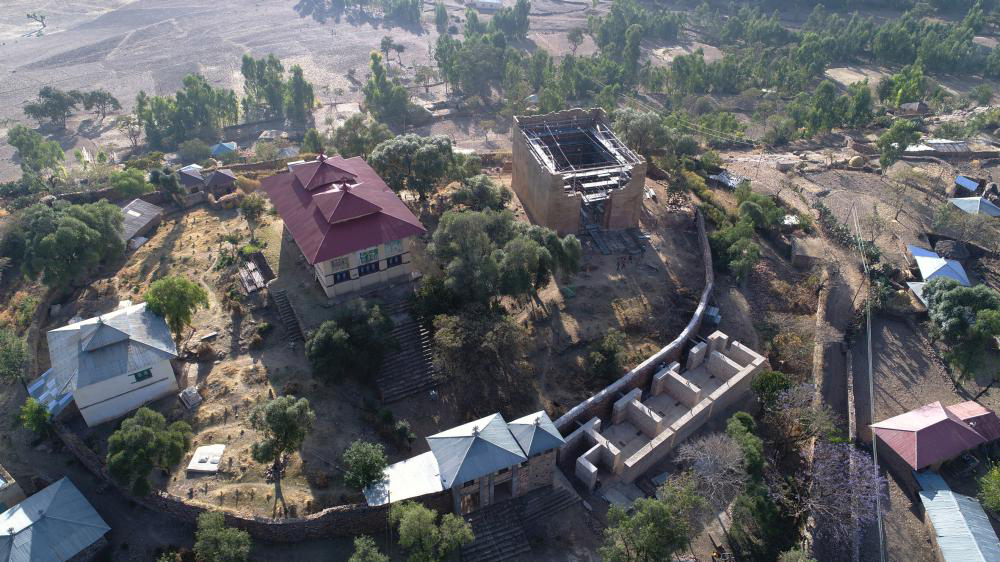 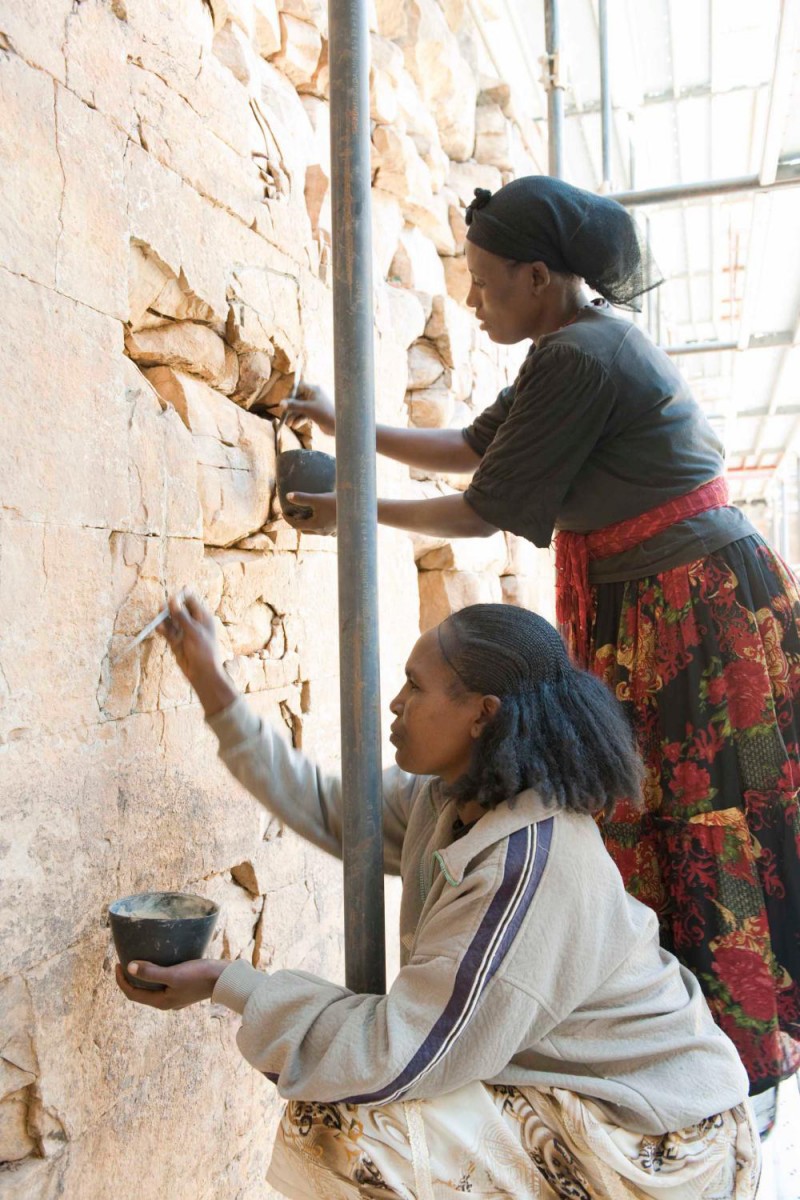 A joint project of DAI and the Antiquities Authority of Ethiopia

“Great Temple” is the name given to the sanctuary which was built in the 7th century BC in the small village Yeha in the northern Ethiopia Highlands. It was erected by immigrants from Saba in today’s Yemen following the South Arabian standards. Today the temple, with a preserved height of 14m, is the most significant sacral building in East Africa. The structure has been damaged by a fire in antiquity, and for decades it was in danger of collapsing.

In order to preserve this cultural heritage monument, DAI’s Sanaa branch of the Orient Department and the Ethiopian Antiquities Authoritiy have conducted extended restoration works, parallel to the ongoing scientific surveys at the Yeha site since 2009. These works included the installation of a stainless steel framework and the consolidation of the masonry. The project also comprised on-site training components, with experts working closely on this with the local population. The central focus of these measures is the protection and maintenance of cultural identity.

The completion of the extensive restoration measures was marked by a solemn opening on March 15, 2017. From now on, this tourism highlight of Ethiopia can welcome both indigenous and foreign guests.

The opening ceremony was attended by the President of the Authority for Research and Conservation of Cultural Heritage (ARCCH), Ato Yonas Desta, the general manager of Tigrai Culture and Tourism Bureau (TCTB), Ato Dawit Hailu, the Deputy Head of Mission of the German Embassy, Matthias Schauer, the President of the DAI, Prof. Dr. Friederike Fless, the members of the Building Commission of the DAI and other high-ranking representatives of the Ethiopian Antiquities Authority (ARCCH and TCTB) as well as the church and community of Yeha.

The Great Temple of Yeha was consecrated to the main god of the Yemeni kingdom of Saba, Almaqah. Today the temple remains visible from a great distance. The building material was not the local sandstone, but carefully smoothed white limestone, which had to be transported from the quarries of Wuqro, located some 80 km east of the temple. The sanctuary was considered not only a cult place, but also as a statement of political power of Di’amat, a community developed in the early 1st millennium BC in the Ethiopian Highlands.

The Great Temple was probably destroyed by a fire around the mid-1st century. A church built within the temple in the 6th century prevented the total destruction of the structure. With the completion of the extensive restoration works and the opening this historically important monument is again accessible to tourism.