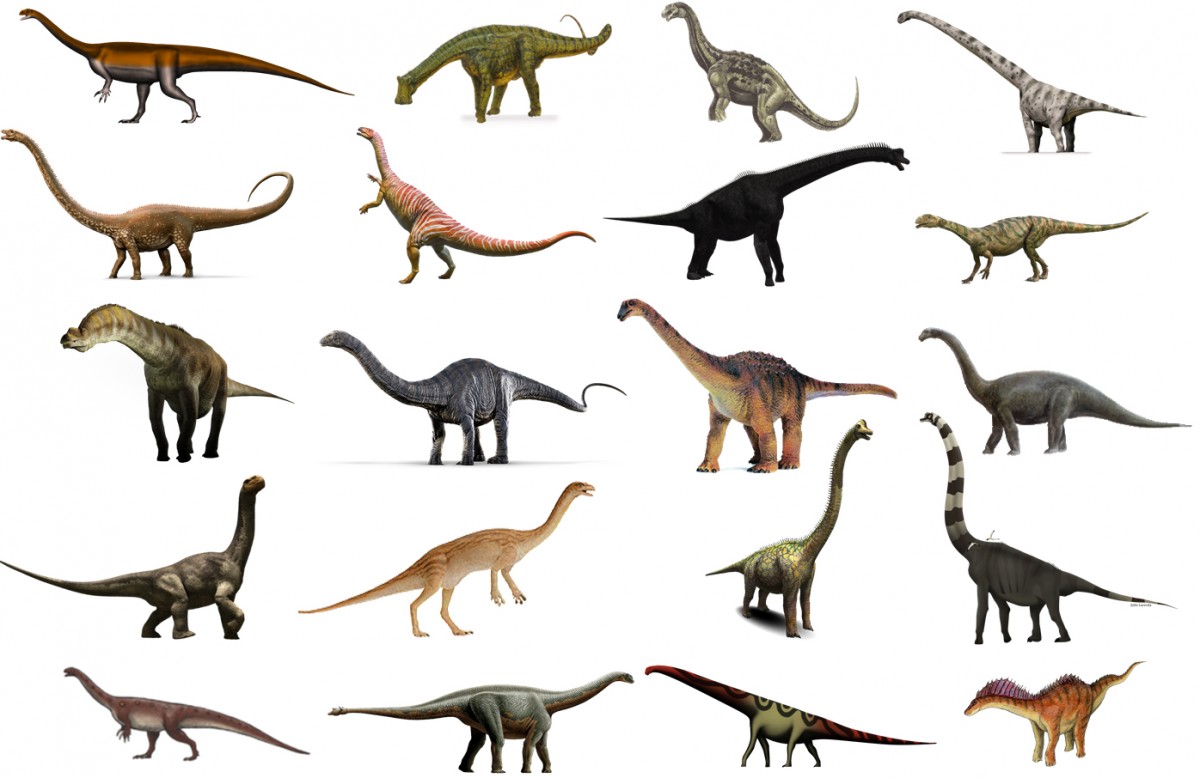 New study shakes the roots of the dinosaur family tree

They could have originated on the northern landmass known as Laurasia

More than a century of theory about the evolutionary history of dinosaurs has been turned on its head following the publication of new research from scientists at the University of Cambridge and Natural History Museum in London. Their work suggests that the family groupings need to be rearranged, re-defined and re-named and also that dinosaurs may have originated in the northern hemisphere rather than the southern, as current thinking goes.

For 130 years palaeontologists have been working with a classification system in which dinosaur species have been placed in to two distinct categories: Ornithischia and Saurischia. But now, after careful analysis of dozens of fossil skeletons and tens of thousands of anatomical characters, the researchers have concluded that these long-accepted familial groupings may, in fact, be wrong and that the traditional names need to be completely altered.

The classification of dinosaurs dates back to Victorian times. Dinosaurs were first recognised as a unique group of fossil reptiles in 1842 as a result of the work of the anatomist, Professor Richard Owen (who later went on to found the Natural History Museum in London). Over subsequent decades, various species were named as more and more fossils were found and identified. During the latter half of the 19th century it was realised that dinosaurs were anatomically diverse and attempts were made to classify them into groups that shared particular features.

It was Harry Govier Seeley, a palaeontologist trained in Cambridge under the renowned geologist Adam Sedgwick, who determined that dinosaurs fell quite neatly into two distinct groupings, or clades; Saurischia or Ornithischia. This classification was based on the arrangement of the creatures’ hip bones and in particular whether they displayed a lizard-like pattern (Saurischia) or a bird-like one (Ornithischia).

As more dinosaurs were described it became clear that they belonged to three distinct lineages; Ornithischia, Sauropodomorpha and Theropoda. In 1887 Seeley placed the sauropodomorphs (which included the huge ‘classic’ dinosaurs such as Diplodocus and Brontosaurus) together with the  theropods (which included T. rex), in the Saurischia. The ornithischians and saurischians were at first thought to be unrelated, each having a different set of ancestors, but later study showed that they all evolved from a single common ancestor.

This new analysis of dinosaurs and their near relatives, published today in the journal Nature, concludes that the ornithischians need to be grouped with the theropods, to the exclusion of the sauropodomorphs. It has long been known that birds (with their obviously ‘bird-like’ hips) evolved from theropod dinosaurs (with their lizard-like hips). However, the re-grouping of dinosaurs proposed in this study shows that both ornithischians and theropods had the potential to evolve a bird-like hip arrangement- they just did so at different times in their history.

Lead author, Matthew Baron, says: “When we started our analysis, we puzzled as to why some ancient ornithischians appeared anatomically similar to theropods. Our fresh study suggested that these two groups were indeed part of the same clade. This conclusion came as quite a shock since it ran counter to everything we’d learned.”

“The carnivorous theropods were more closely related to the herbivorous ornithischians and, what’s more, some animals, such as Diplodocus, would fall outside the traditional grouping that we called dinosaurs. This meant we would have to change the definition of the ‘dinosaur’ to make sure that, in the future, Diplodocus and its near relatives could still be classed as dinosaurs.”

The revised grouping of Ornithischia and Theropoda has been named the Ornithoscelida which revives a name originally coined by the evolutionary biologist, Thomas Henry Huxley in 1870.

Co-author, Dr David Norman, of the University of Cambridge, says: “The repercussions of this research are both surprising and profound. The bird-hipped dinosaurs, so often considered paradoxically named because they appeared to have nothing to do with bird origins, are now firmly attached to the ancestry of living birds.”

For 130 years palaeontologists have considered the phylogeny of the dinosaurs in a certain way. Our research indicates they need to look again at the creatures’ evolutionary history. This is simply science in action. You draw conclusions from one body of evidence and then new data or theories present themselves and you have to suddenly reconsider and adapt your thinking. All the major textbooks covering the topic of the evolution of the vertebrates will need to be re-written if our suggestion survives academic scrutiny.”

While analysing the dinosaur family trees the team arrived at another unexpected conclusion. For many years, it was thought that dinosaurs originated in the southern hemisphere on the ancient continent known as Gondwana. The oldest dinosaur fossils have been recovered from South America suggesting the earliest dinosaurs originated there. But as a result of a re-examination of key taxa it’s now thought they could just as easily have originated on the northern landmass known as Laurasia, though it must be remembered that the continents were much closer together at this time.

Co-author, Prof Paul Barrett, of the Natural History Museum, says: “This study radically redraws the dinosaur family tree, providing a new framework for unravelling the evolution of their key features, biology and distribution through time. If we ‘re correct, it explains away many prior inconsistencies in our knowledge of dinosaur anatomy and relationships and it also highlights several new questions relating to the pace and geographical setting of dinosaur origins”.

The research was funded through a Natural Environment Research Council (NERC) CASE studentship.