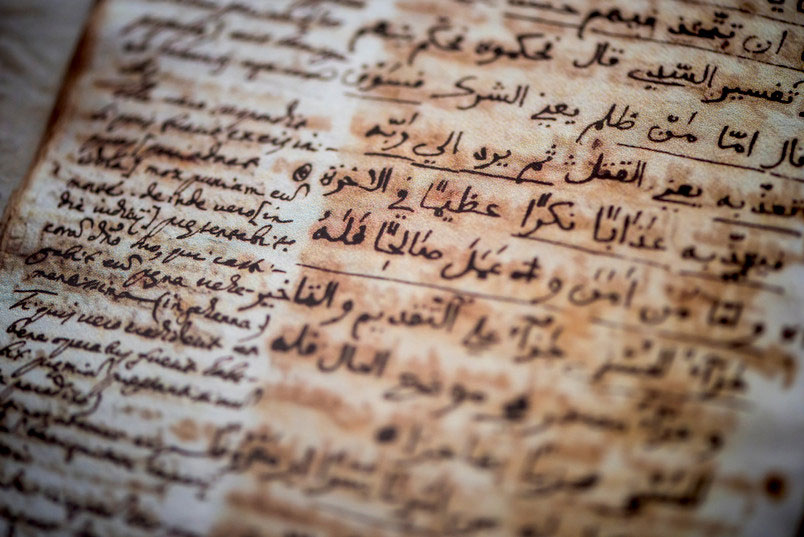 Using Latin to analyse other languages

Bochum-based philologist Prof Dr Reinhold Glei has figured out why Latin still turned up in many documents in the 17th to 19th centuries, even though it had not been a spoken language for a long time. During that period, Latin served as an instrument for translating languages that had hitherto been little known in Western culture.

Scholars recreated the foreign-language sentences with the aid of Latin, thus crafting a text upon which further analyses could be based. In doing so, translators didn’t have to conform to specific linguistic rules of the Latin language, because native speakers no longer existed who might have taken exception to an unusual syntax in Latin.

Arabic, Chinese, Sanskrit: novel sentence structures in those languages posed a challenge to scholars in the Early Modern Period. “Had the foreign-language texts been translated into, for example, German, the translator would have been restricted by the respective grammatical structures. Using Latin, the translators had more freedom,” elaborates Glei.

The philologist refers to this method as epilanguage; the Greek word epi translates as “on” or “above”. Latin was superimposed over the foreign language. Thus, translators were able to represent the unfamiliar structures.

Reinhold Glei compiled his results by studying Arabic, Chinese and Persian texts and their respective translations from the period between the 17th and 19th centuries. He analysed, for example, various Quran translations. By comparing excerpts from the Latin translations with the originals, Glei identified to what extent the Latin versions reflected the structure of the original language.

An advantage of using the epilanguage was that it enabled translators to draw up neutral texts, before translating them into their respective vernacular language. “When Christians initially translated the Quran, the texts they created were for the most part ideologically charged. This resulted in corrupted translations,” he says. Using Latin as epilanguage did not wholly eradicate the problem, but it was possible to represent the structure of the Arabic language in a more neutral manner.

Research into epilanguage is still in its early stages. Reinhold Glei intends to analyse additional Latin translations from various languages, in order to gain a better grasp of the function of epilanguage. Glei also wishes to study another world language, namely Ancient Greek, in greater detail. His first impression is: “Ancient Greek appears to occur less frequently as epilanguage. This might be because the language is not dead; it lives on in Modern Greek.”