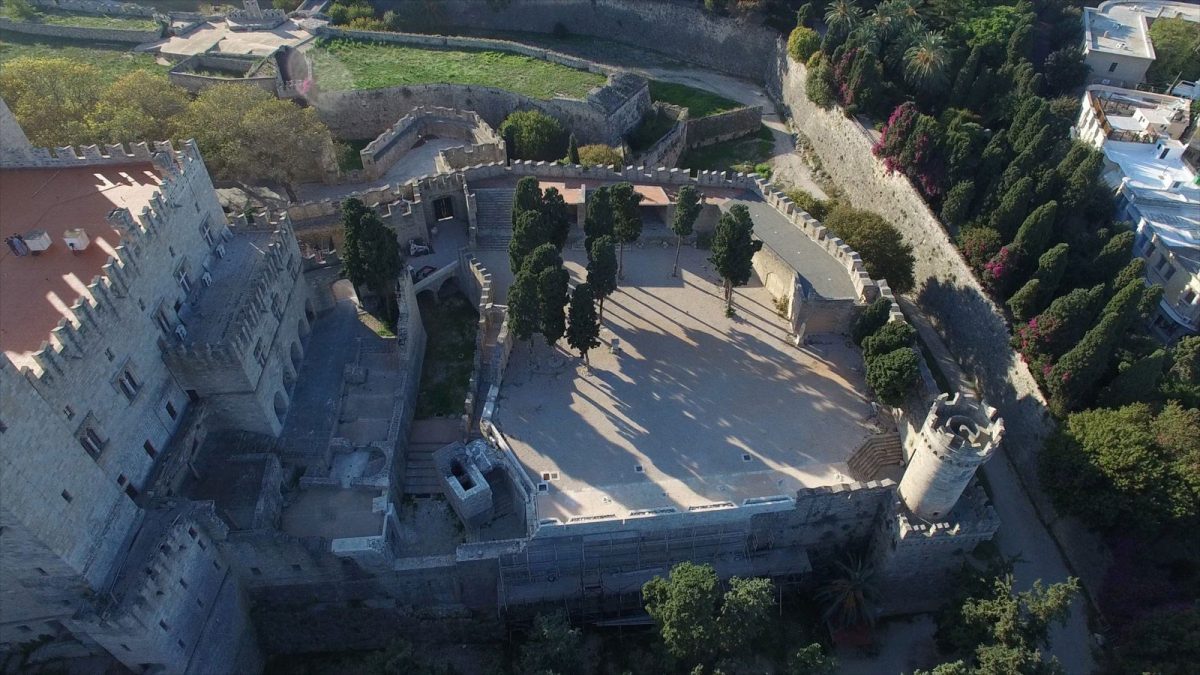 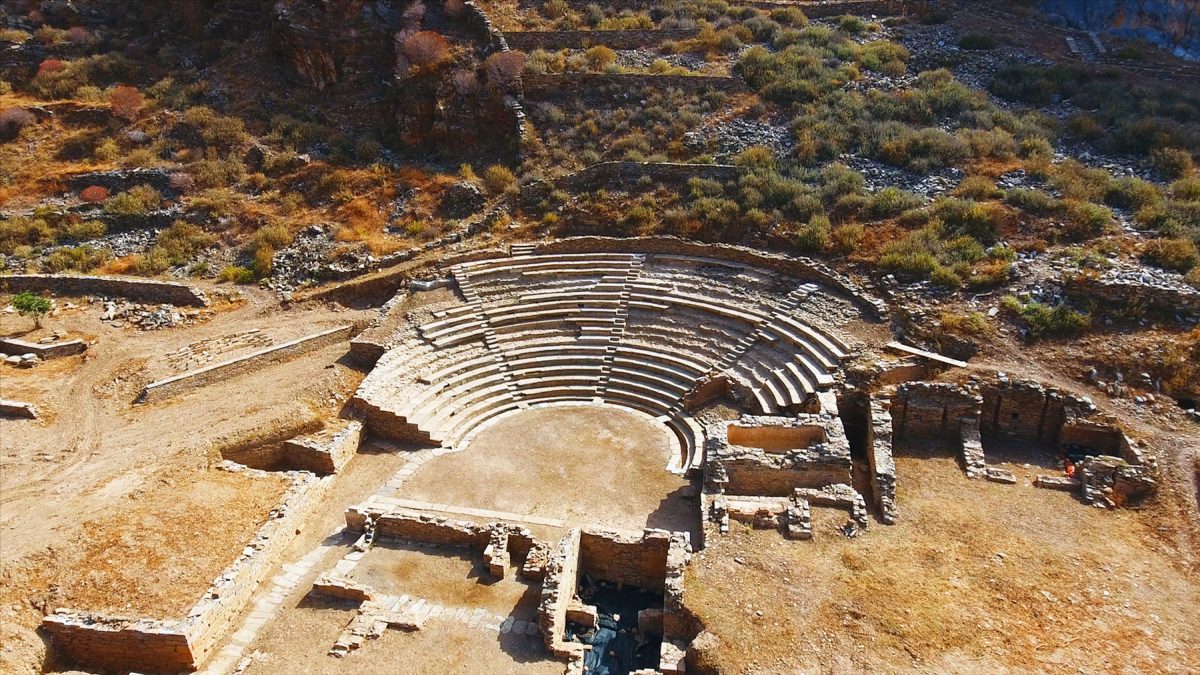 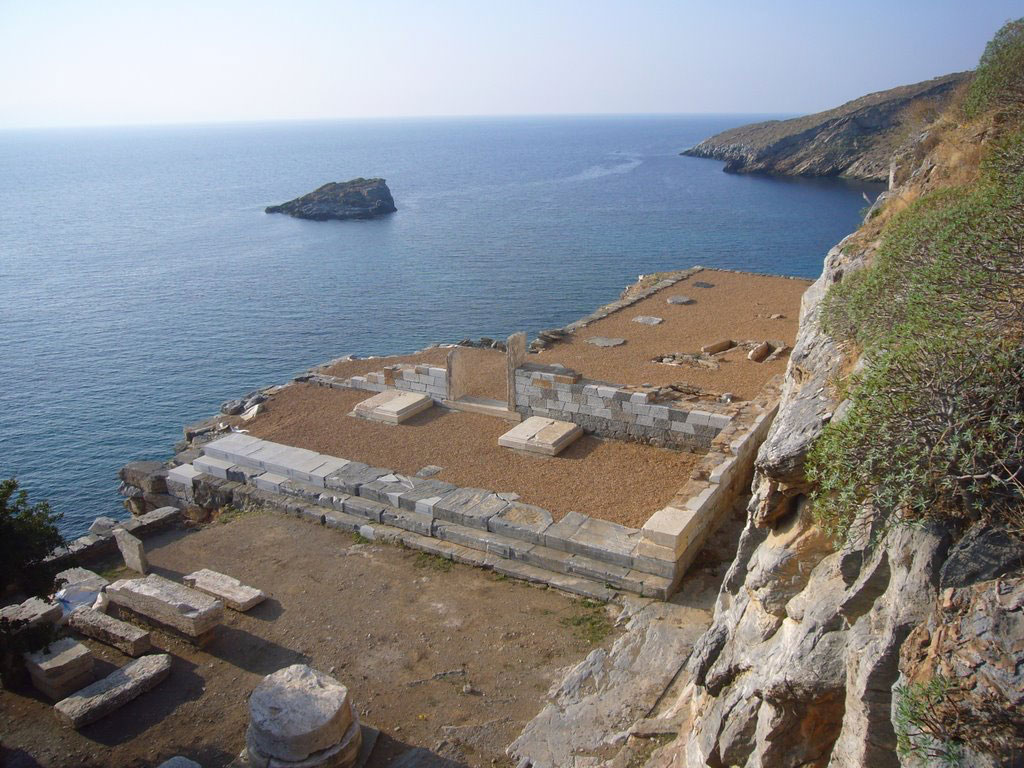 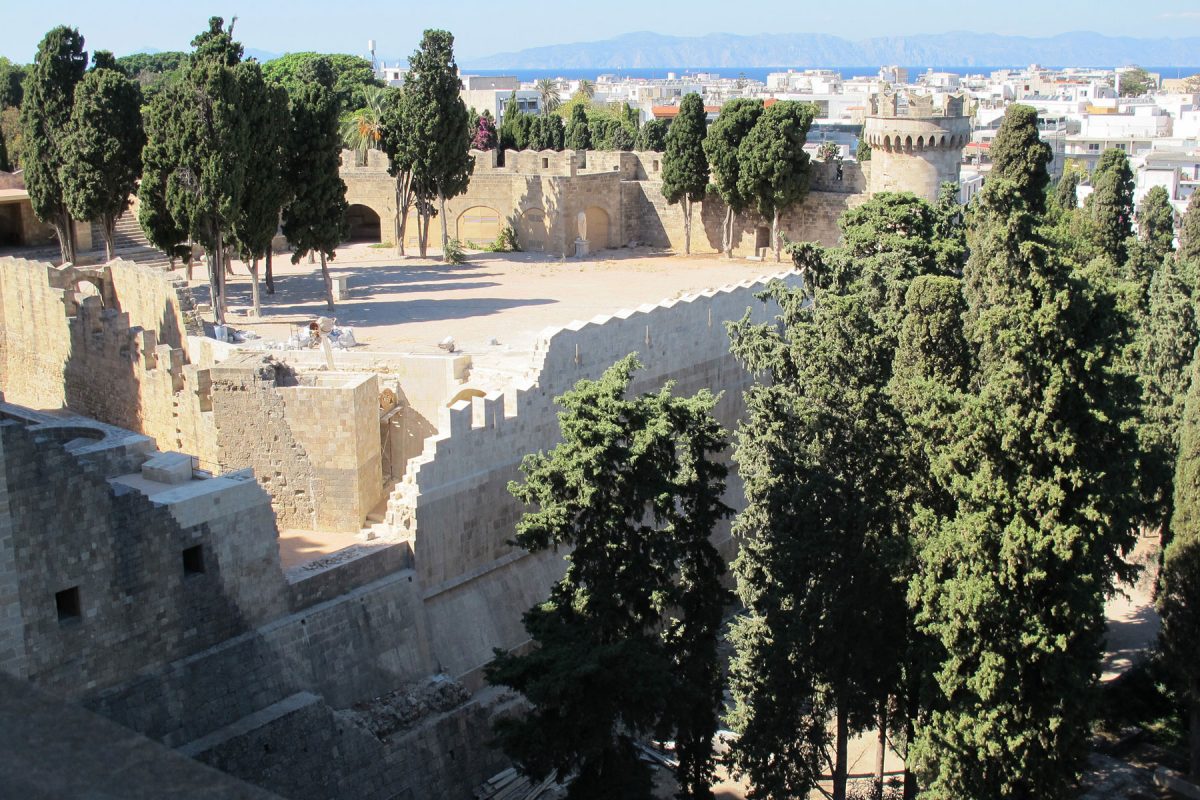 The European Commission and Europa Nostra revealed yesterday the winners of the 2017 European Union Prize for Cultural Heritage / Europa Nostra Awards, Europe’s top honour in the heritage field. The 29 laureates from 18 countries are being recognised for their notable achievements in conservation, research, dedicated service, and education, training and awareness-raising. Independent expert juries examined a total of 202 applications, submitted by organisations and individuals from 39 countries across Europe, and chose the winners. Among them are two outstanding projects from Greece: the restoration of the ancient city of Karthaia (Island of Kea) and of the Bastion of the Grand Master’s Palace in Rhodes.

“I congratulate all the winners. Their achievements demonstrate once again how engaged many Europeans are in protecting and safeguarding their cultural heritage. Their projects highlight the significant role of cultural heritage in our lives and our society. Especially today, with Europe facing many big societal challenges, culture is vital in helping us to raise awareness of our common history and values and to foster tolerance, mutual understanding and social inclusion. The European Year of Cultural Heritage in 2018 will be an ideal opportunity to focus on what binds us together as Europeans – our common history, culture and heritage. The European Commission will continue to support this prize and other heritage projects through our Creative Europe programme,” said Tibor Navracsics, European Commissioner for Education, Culture, Youth and Sport.

“I warmly congratulate this year’s winners and pay tribute to all those who made these exceptional achievements possible, thanks to their formidable talent, passionate commitment and great generosity. They are now among a select group of some 450 remarkable accomplishments awarded by Europa Nostra and the European Commission in the past 15 years. All our winners demonstrate that heritage is a key tool for sustainable economic development, social cohesion and a more inclusive Europe. EU leaders should seize the historic opportunity of the European Year of Cultural Heritage in 2018 to recognise the multiple benefits of heritage and its fundamental value in bringing countries, communities and cultures together in Europe and beyond,” stated Plácido Domingo, the renowned opera singer and President of Europa Nostra.

The winners of the EU Prize for Cultural Heritage / Europa Nostra Awards 2017 will be celebrated during a high-profile event co-hosted by EU Commissioner Navracsics and Maestro Plácido Domingo commencing in the late afternoon on 15 May at St. Michael’s Church in Turku. The European Heritage Awards Ceremony will assemble some 1,200 people, including heritage professionals, volunteers and supporters from all over Europe as well as top-level representatives from EU institutions, the host country and other Member States.

The winners will also present their exemplary heritage accomplishments during the Excellence Fair on 14 May at the Sigyn Hall of the Turku Music Conservatory, and participate in various events at the European Heritage Congress in Turku (11-15 May). Organised by Europa Nostra, the Congress will provide an inspiring platform for networking and debating the latest European developments related to heritage with a special focus on the European Year of Cultural Heritage 2018.

Applications for the 2018 edition of the Awards can be submitted from 15 May to 1 October 2017 through the dedicated website.

This exciting project, directed by a Scientific Committee under directorate of the Greek Ministry of Culture, offers visitors a glimpse into the past following the conservation, partial restoration and interpretation of the ruins of the ancient city of Karthaia, located on the island of Kea off the Greek coast. Karthaia was an important Greek city-state which flourished in the Archaic period and was abandoned in Late Antiquity.

The site is one of few examples in Greece where both the unspoiled natural landscape and the planning of the city are well preserved. History and nature are found in complete harmony here and the preservation and enhancement of the site’s unique history and special ecosystem were carefully planned to preserve this authenticity.

The remains of the city include both temples and public buildings and are found on the southeast coast of the island which can only be reached by traditional footpaths or by sea. The remoteness of the site posed a challenge to the researchers and workers, which makes the careful and balanced restoration all the more impressive. This aspect of the work was noted by the jury, who stated: “The extensive research carried out at the site has enriched our understanding of the civilization which was settled there and has made accessible what was, before the intervention, largely remote”.

This fascinating site was made more easily accessible by improving the footpaths and facilities and by making the ancient buildings understandable to the public. To achieve this, information signs were established along with a wooden pavilion providing information in the closest modern village. The renovation of the site and partial restoration of the ruins has resulted in increased interest from the local community in their own cultural past and has revitalised tourism to the area.

“The creation of this archaeological park for a site from the 5th century BC is an outstanding lesson in recovering and highlighting the Classical landscape of Europe. The leaders of this project have an astute understanding of the significance of this site and have recaptured the association between the urban and natural landscape which was so fundamental to the ancient society who lived there”, emphasised the jury.

Bastion of the Grand Master’s Palace in Rhodes

This ambitious project has spanned ten years and focused on the restoration and enhancement of the Bastion of the Grand Master’s Palace in the medieval town of Rhodes. The composite defensive complex was in great need of attention when the project was begun in the early 2000s after the collapse of large parts of the original masonry of the eastern battery of the bastion, which was largely reconstructed in Rhodes’ Italian period in the first half of the 20th-century. Unfortunately, the interventions carried out at this time, including the addition of a cypress tree nursery at the bed of the moat and the arrangement of an extra access point, are likely to have strained the already compromised foundations and led to further deterioration of the walls. The structure was in danger of a serious further collapse, which in turn threatened other important medieval structures extending to successive levels of the Palace.

The restoration works were implemented by the Medieval Town Scientific Committee of the Ministry of Culture in the framework of the relevant European funding programmes in response to the threat of collapse and aimed to enhance the Bastion’s defensive function and to reinforce the compromised structures and masonry. In addition to reinforcing the structure of the Bastion, the project had a clear goal of converting the area into a suitable public venue for cultural and educational activities in the museum-conference complex of the Grand Master’s Palace.

The comprehensive preliminary research of the Bastion has enriched and produced important new evidence regarding several periods in Rhodes’ history. This includes studies and new evidence regarding the Colossus of Rhodes, the Byzantine Acropolis, the existence of the north wing of the Palace which had collapsed in the Ottoman period and the way that the chambers of the Grand Master linked to the garden. This element of the project was particularly appreciated by the jury, who commented that “the careful archaeological research and documentation efforts have effectively recovered much that had been lost of this prominent cultural heritage site, the focal point of the medieval city of Rhodes”.

“The project has enhanced this important part of the World Heritage City of Rhodes and helped to recover the fortress’ topographical position. It has also created a new space for public activities, confirming the Palace’s status as a centre of activity in the city”, the jury said.