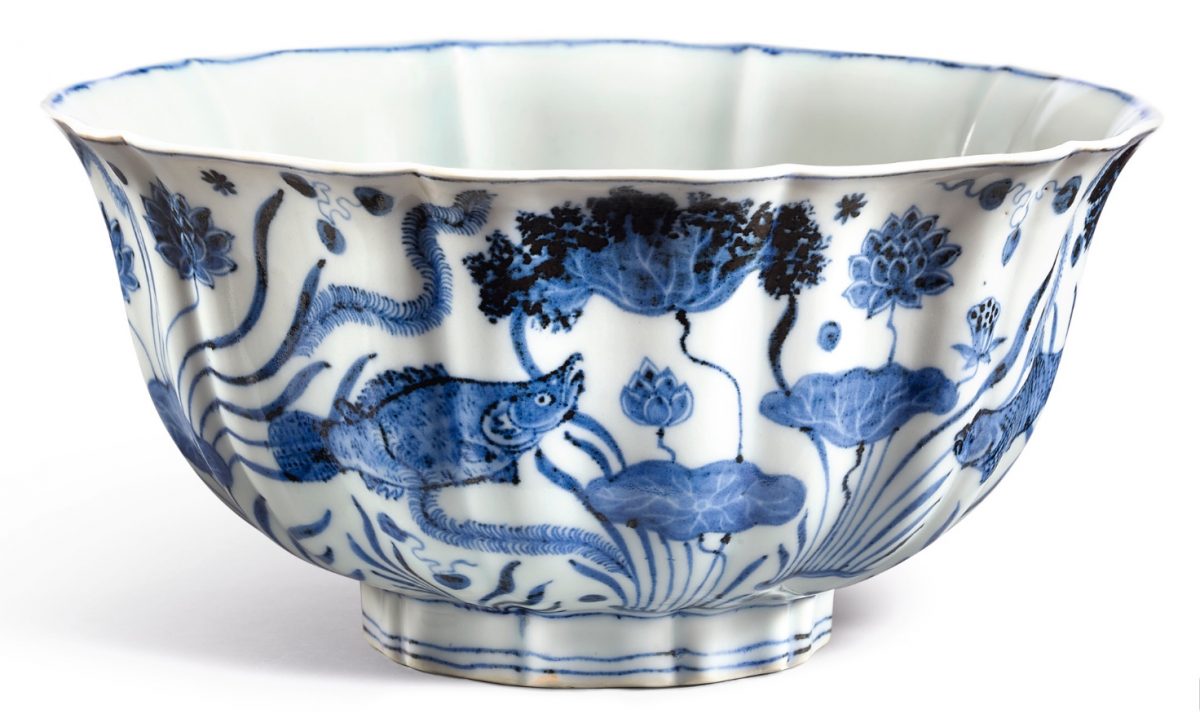 Made in the Xuande Period

An exceptional Ming bowl that fetced $29.5 million at Sotheby’s auction on Wednesday will appear at an upcoming exhibition in Shanghai, setting the second highest record for Ming porcelain (the first being the one held by the Meiyintang Chenghua “Chicken Cup” sold in April 2014).

The current Asian owner of the bowl will lend the artifact to the Long Museum, where it will be shown as part of an exhibition dedicated to the artworks of the Yongle and Xuande periods of the Ming Dynasty, due to open on April 28.

According to the description by Sotheby’s, “The exceptionally large, fine and important blue and white lobed ‘Fish Pond’ bowl is exquisitely potted, of ten-lobed mallow shape with deep rounded sides rising from a correspondingly shaped foot to a flared rim, the exterior strikingly decorated in different washes of cobalt with a dense and dynamic scene depicting four fishes, a carp, mandarin fish and two kinds of bream, swimming amidst water plants, the fishes with dark blue outlines and finely detailed with hatching and stippling, rendered interrupted by clumps of lotus blooms and leaves, the latter with white veins precisely picked out by incision through the washes to the porcelain body, the larger leaves further rendered with frayed edges accentuated with dark heaping and piling, the interior similarly painted with a double-line medallion enclosing a carp and mandarin fish dynamically swimming amidst clumps of lotus and undulating water weeds, the base inscribed with a six-character reign mark within a double circle.

The bowl had been kept in a private Japanese collection for 50 years before.