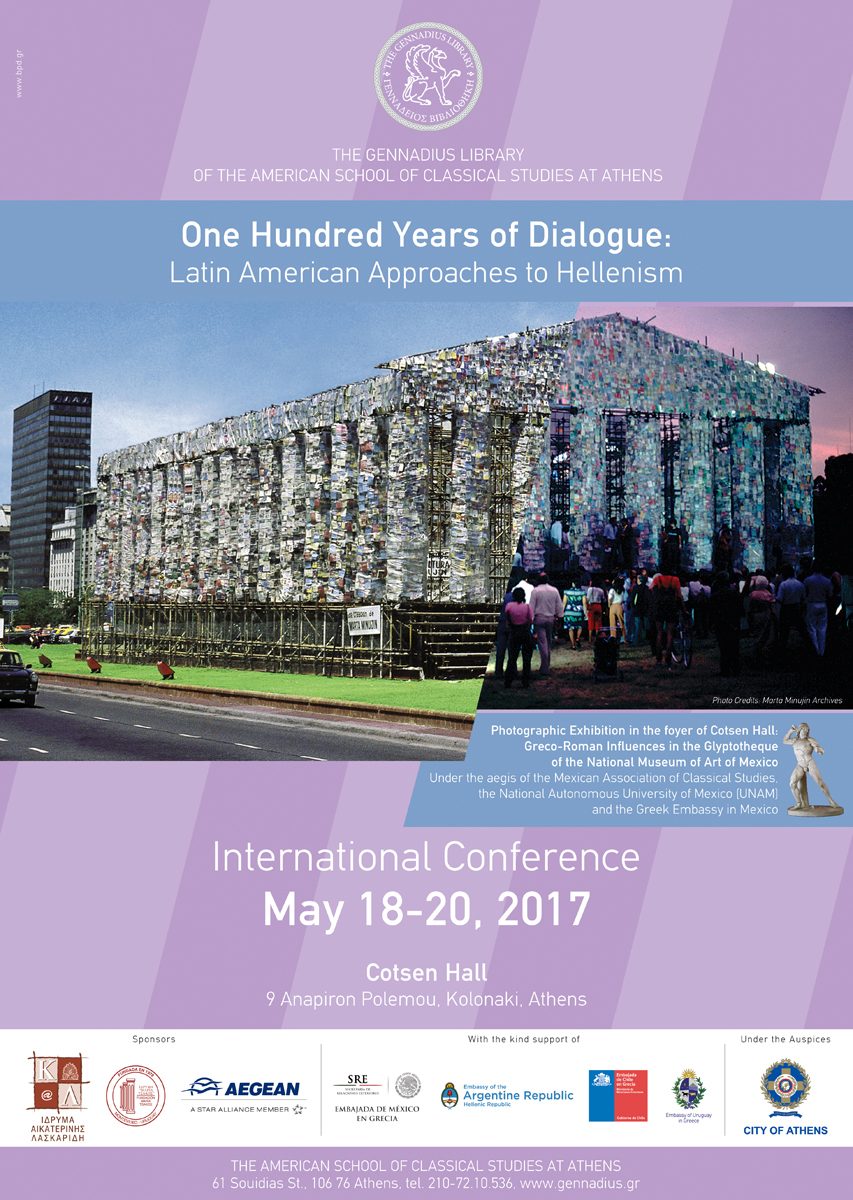 One Hundred Years of Dialogue: Latin American Approaches to Hellenism

This conference is organised by the Gennadius Library and will deal with how Latin American scholars, poets, artists, and politicians understood, read, used, and represented Hellenism from antiquity to modern times.

The emphasis will fall on the uniqueness of the Latin American interpretations of Hellenism that constituted a separate, discrete phenomenon, rather than being reflections of European concerns and practices. Literary critics, philologists, art historians, political theorists, and historians explores will convene for the first time ever in Greece to discuss how Hellenism became implicated in revolution, the establishment of new societies, the creation of national literatures, the struggles between indigenous and foreign models, and the concerns with belatedness.

The languages of the conference are English and Greek. There will be simultaneous interpretation.