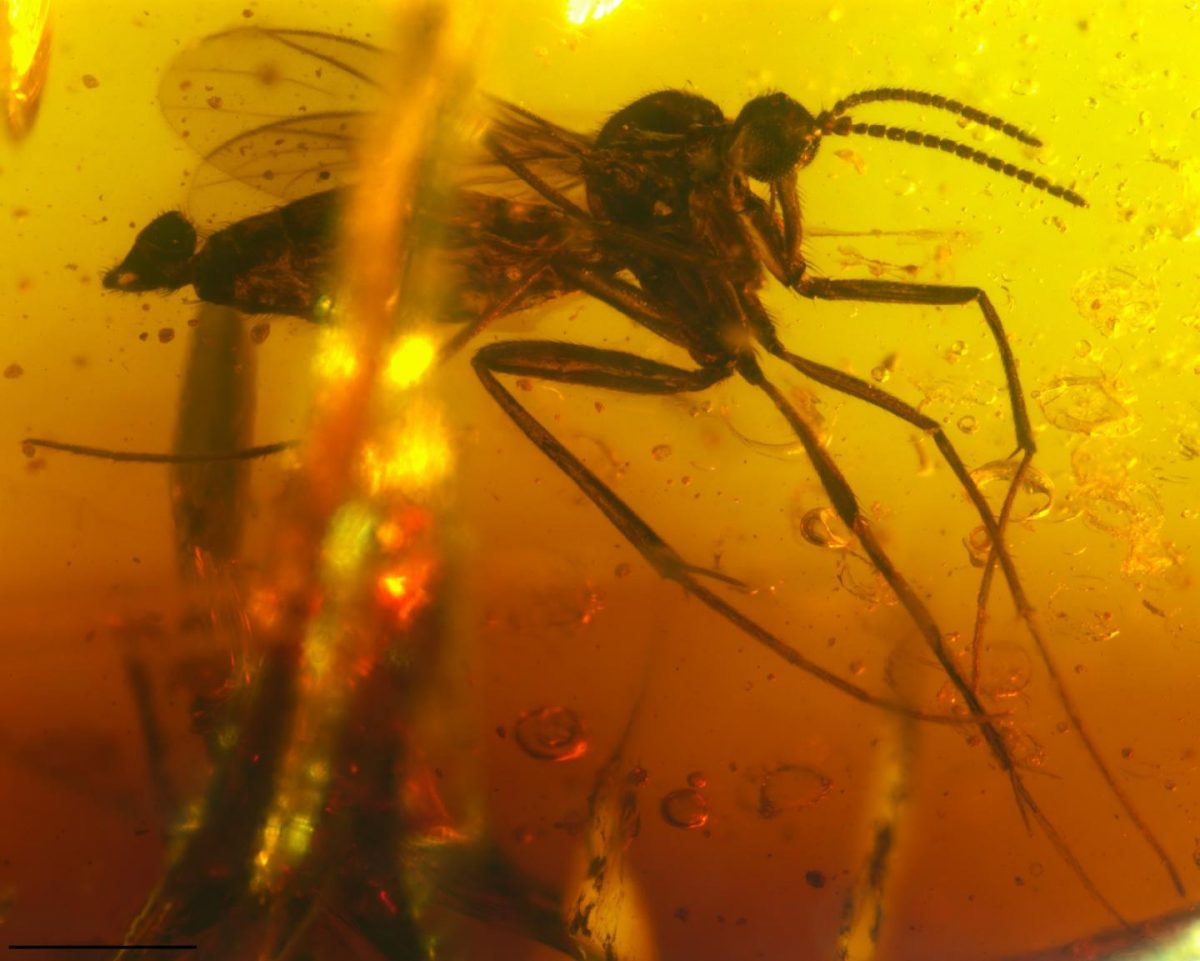 A new species of fungus gnat in Indian amber closely resembles its fossil relatives from Europe, disproving the concept of a strongly isolated Indian subcontinent.

Researchers have identified three new species of insects encased in Cambay amber dating from over 54 million years ago. In a new study published by PeerJ, researchers describe the new species of fungus gnats, which provide further clues to understanding India’s past diversity and geological history.

The most interesting finding from the discovery of these new gnat species is related to India’s plate tectonic history: Palaeognoriste orientale in Cambay amber belongs to a group that has previously been reported from slightly younger Baltic amber only. The species in Indian amber closely resembles its fossil relatives from Europe and therefore adds further evidence to regular faunal exchange between India and Europe while disproving the concept of a strongly isolated Indian subcontinent.

India, which was one part of the ancient supercontinent, Gondwana, started separating and heading north about 130 million years ago, finally collided with Asia some 59 million years ago, resulting in the Himalayan mountains. The time of formation of this amber (or at least its burial) is most likely around the time of collision of the Indian subcontinent with Asia.

The fossils of long beaked fungus gnats (Lygistorrhinidae) found in the Cambay amber are an exciting discovery. The name of this group refers to one of their most conspicuous characters: an elongated proboscis, which is presumably for feeding from flowers. This small family of tropical flies is known by only seven fossil and eight living genera. Given the rareness of this group Indian amber has revealed a surprising diversity with three species in three different fossil and modern genera. This even exceeds the number of known species in the well-studied Baltic amber, from which only two species are reported.

Cambay amber from India has only been studied for a few years, but is already providing an important role in uncovering secrets regarding the origins of India´s fauna. For many years, the well-established theory stated that India formed an isolated continent during its drift, allowing a highly endemic biota to develop. However, flies and other insects entrapped in Indian amber continue to reveal faunal connections to different epochs and regions of the world.

Though the exact mechanisms of faunal exchange remain unclear so far, dispersal might have been facilitated by an island chain system between India and Europe, as has already been suggested for biting midges.