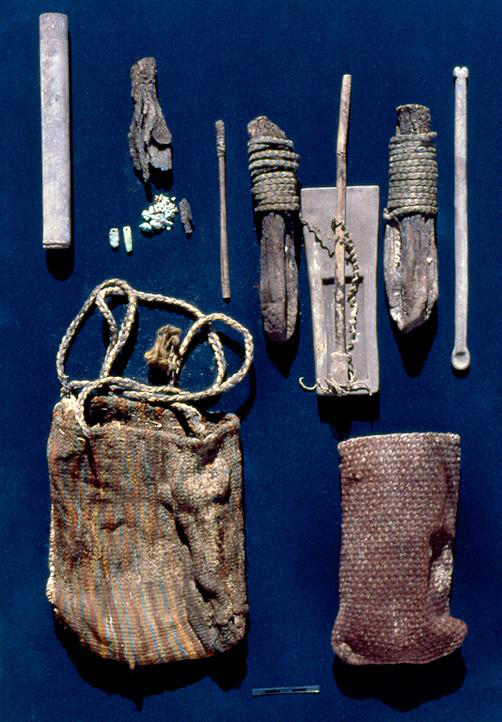 Resurrecting identities in the Andes

Who are you? A parent? An artist? A veteran? There are lots of different aspects of identity, and it takes more than just one to make you you. Ancient people were just as complex, but until recently, archaeologists didn’t have a clear way to capture all the nuances of human identities from the past outside of broader labels like gender and social status.

Individual people are an important part of the bigger human puzzle, because their unique actions accumulate to power cultural changes. Understanding them in detail gives researchers better insight into shifts that take place over generations, says Kelly Knudson.

Knudson is a professor with Arizona State University’s School of Human Evolution and Social Change and director of its Center for Bioarchaeological Research.

Together with Christina Torres-Rouff of the University of California Merced, Knudson has created a new model that brings together multiple lines of investigation to understand ancient lives on a microscale through the clues left behind in the grave.

A forum paper outlining the model and its application, “Integrating Identities: An Innovative Bioarchaeological and Biogeochemical Approach to Analyzing the Multiplicity of Identities in the Mortuary Record,” will be published in the June edition of Current Anthropology.

“One of the things I’m excited about is our ability to simultaneously study large populations over many generations and the very intimate details of individual lives in the past,” Knudson says.

If tombs could talk

Termed a “contextualized multiscalar bioarchaeological approach,” this model explores individual identity using a mix of biological and cultural data from grave sites. The authors used it to investigate northern Chilean society during an environmental and political shift from the Middle Horizon (AD 500 – 1100) to the Late Intermediate Period (AD 1100 – 1400). Details examined included:

-Modified head shapes, which demonstrated community identities, as skull shape was culturally dictated in the Andes.

-Isotopic analyses, which revealed individuals’ geographic origins and whether they moved during their lifetimes.

-Grave goods and construction, which shed light on how people were perceived and remembered by others.

-The relationships these features had to an individual’s sex, which expanded on understandings of social identity.

In a comparison of two Middle Horizon-era cemeteries, the researchers found that even though the burial populations were related, they identified differently; one was much more cosmopolitan than the other, with the grave goods from distant regions like Bolivia and Argentina.

Similarly, even individual graves from the same cemetery advertised unique identities. A detailed look at three neighboring tombs revealed three very different, though nearly contemporary, lives. Using their innovative blend of methods, Knudson and Torres-Rouff were able to piece together the identities of a wealthy young tradesman, a middle-aged spiritual leader and a young woman who spun colorful textiles.

These graves stood in sharp contrast to graves from the Late Intermediate Period. Analysis of a burial from this time revealed a herdsman who, although honored by his community with a rare circular stone arrangement over his tomb, was buried with only a few, locally made items.

Knudson and Torres-Rouff argue that as Andean society transitioned from the Middle Horizon to the Late Intermediate Period, they moved the emphasis from individual identity to community identity and from foreign connections to local isolation, likely as a response to the time’s characteristic uncertainty due to widespread drought.

“I was surprised to find that people hunkered down and stayed put rather than moving to better regions where it wasn’t so dry,” Knudson says. “I expected to see environmental refugees, but we didn’t see that at all.”

Knowing how people were impacted by a changing climate 1,000 years ago informs not only our understanding of ancient people, but of ourselves as well. Society’s response to today’s challenges happens one person at a time; with this new model, we have the tools to see how that process works and how everyday lives shape history.

“I think this long-term perspective is one of bioarchaeologists’ very valuable contributions to the past and present,” Knudson adds.