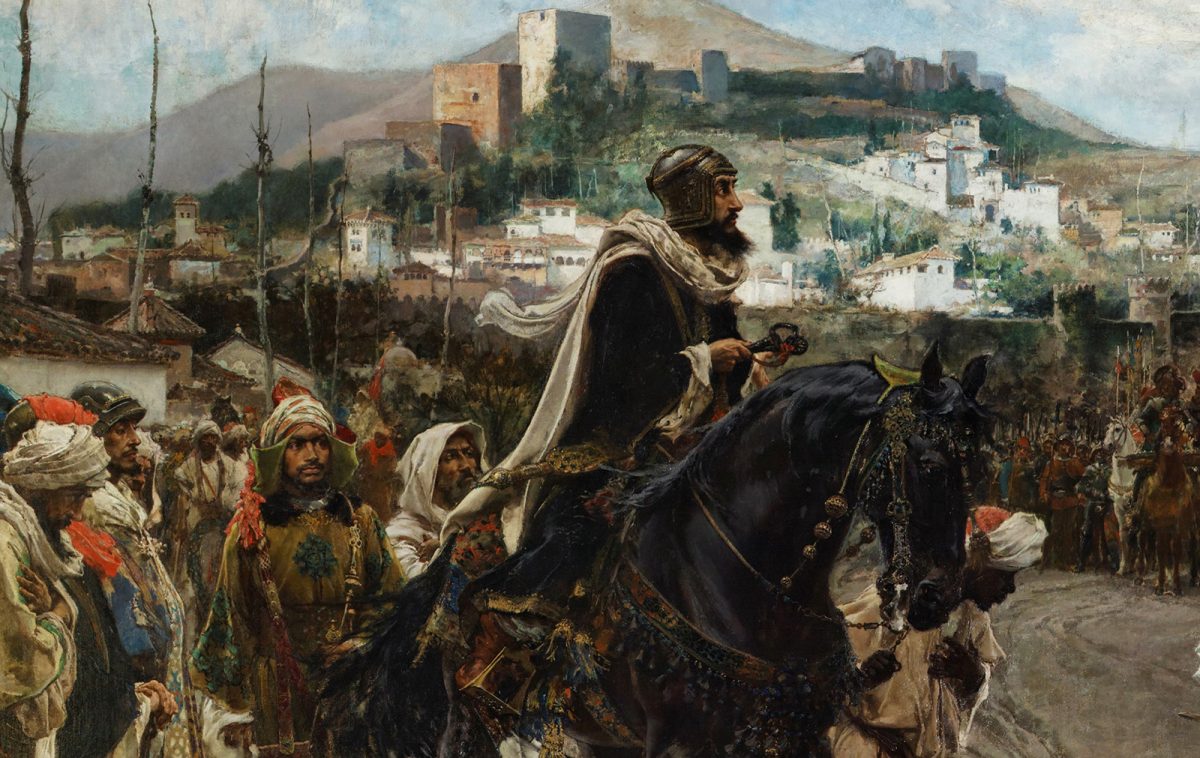 The last Muslim King in Spain

The first full account of the Moorish sultan of Granada

Based on original research, and drawing attention to the connections between the medieval Moorish king Boabdil, and current social and political concerns in Europe today, Cambridge academic Elizabeth Drayson presents the first full account in any language of the Moorish sultan of Granada, and head of the Nasrid dynasty.

The academic’s research has also uncovered a potential mystery regarding the final resting place of the last Muslim king in Spain. Long thought to have died in Algeria in 1494, experts are now hoping to exhume and DNA test what they believe to be the remains of the sultan beneath a derelict mausoleum in Fez, Morocco.

In the ten years before Boabdil’s fall in 1492, his kingdom of Granada was the theatre of one of the most significant wars in European history. The sultan’s territory was the last Spanish stronghold of a Muslim empire that had once stretched to the Pyrenees and beyond – including the cities of Barcelona, Pamplona and Cordoba, which had been home to paved roads, street lighting and more than 70 libraries at a time when London and other European cities were backwaters of disease, violence and illiteracy.

“How did Boabdil change the course of Spanish history? Does he now represent what he stood for in the past? And how significant is he as a figure of resistance to the forces of western Christendom?” asked Drayson, who spent three years working on her new book – The Moor’s Last Stand: The life of Boabdil, Muslim King of Granada.

“That Boabdil was a key figure at a crucial moment in world history cannot be doubted: the current tensions between Islam and the West have their roots in his reign and in the kingdom he lost. Christian posterity has treated him with scorn and pity – viewed from the perspective of the victors. But my account presents the other side of the coin, revealing that issues of violence, tension and compromise between Muslims and Christians were as pressing then as they are now.”

Betrayed by his family and undermined by faction and internal conflict, Boabdil’s defeat at the hands of King Ferdinand and Queen Isabella (the parents of Catherine of Aragon) symbolised the epoch-changing transition of Granada from Islamic state to Christian territory – a moment which set Spain on course to becoming the greatest power in early modern Europe.

The Christian victory marked the completion of the long Christian reconquest of Spain and ended seven centuries in which Christians, Jews and Muslims had for the most part lived peacefully and profitably together.

“Five centuries after his death, it’s timely to consider the impact of his defeat then and now,” added Drayson. “Boabdil was a man of culture and war: a schemer, rebel, father, husband and brother. He was a king, yet also the pawn of the Catholic monarchs. I wanted to show why his life matters – and the meanings it now has at this time of extreme tension between the west and the Islamic states.”

The end of Muslim rule at the heart of Spain came to an end on January 2, 1492 when Boabdil relinquished the keys to the Moorish capital to King Ferdinand and Queen Isabella. “These are the keys to paradise,” he said before leaving the city with his mother Aixa.

Legend has it that as Boabdil retreated into exile, he turned around for one final, distant look at Granada – sighed, and burst into tears. His mother, betraying little sympathy for her vanquished son, is said to have told him: “You do well, my son, to cry like a woman for what you couldn’t defend like a man.”

The ‘last sigh’ has long been used by historians to belittle and diminish Boabdil’s legacy, ignoring – according to Drayson – the immense sacrifice he demonstrated in saving his people from certain slaughter at the hands of Ferdinand and Isabella’s irrepressible armies which encircled Granada.

“The fall of Granada was of such magnitude that a mythical story was needed to explain, accept or legitimise the immense upheavals the conquest brought about,” said Drayson.

According to her, Boabdil’s heroism, long repudiated by most historical commentators, is evident in his ability to recognise the futility of further resistance, and the choice he made in rejecting the further suffering, starvation and slaughter of his people. Instead, he bargained for the best terms of surrender possible, rejecting martyrdom and willingly sacrificing his reputation for the greater good.

“The loss of Granada is viewed by modern writers as a prelude to the repression of the Muslim world,” added Drayson. “At a time when Europe is seeking a way of addressing issues of racial and religious intolerance, equality and freedom, we might look closely at the Spanish Muslim society of which Boabdil was the final heir, which successfully tackled some of these problems.

“Today, Boabdil represents a last stand against religious intolerance, fanatical power, and cultural ignorance; his surrender of the city and kingdom of Granada symbolised the loss of the fertile cross-cultural creativity, renewal and coexistence born out of the Muslim conquest of Spain.”