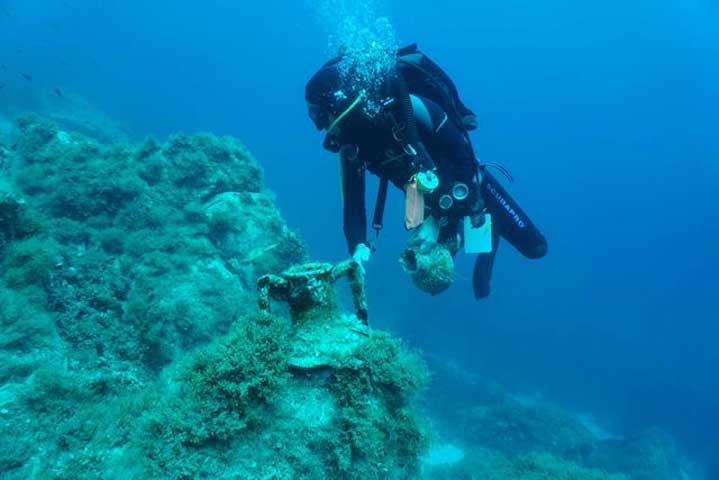 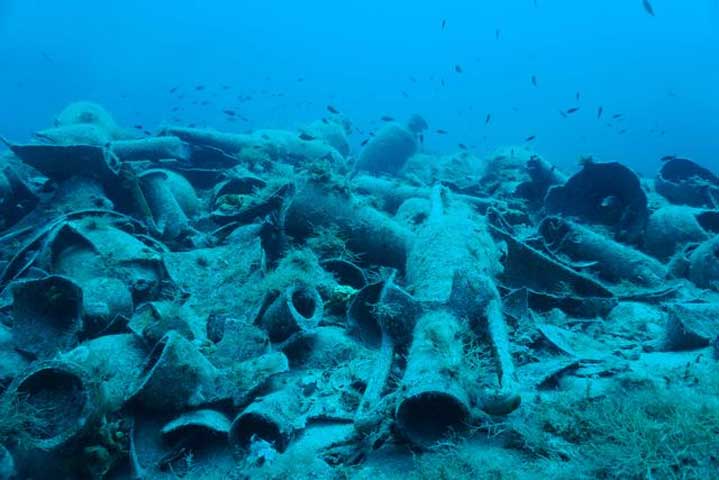 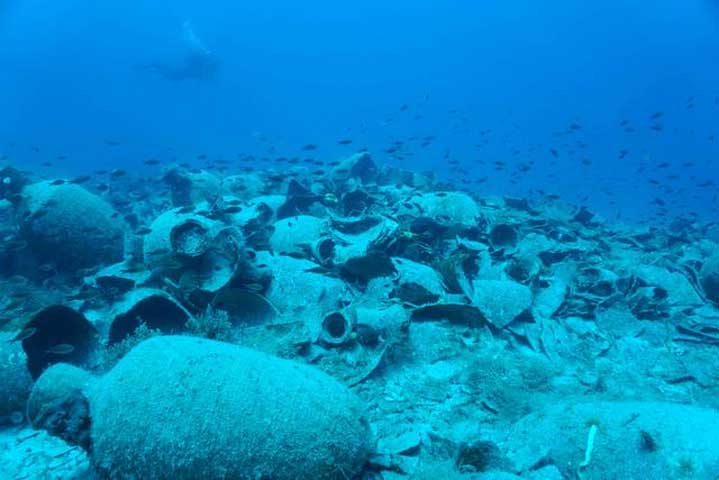 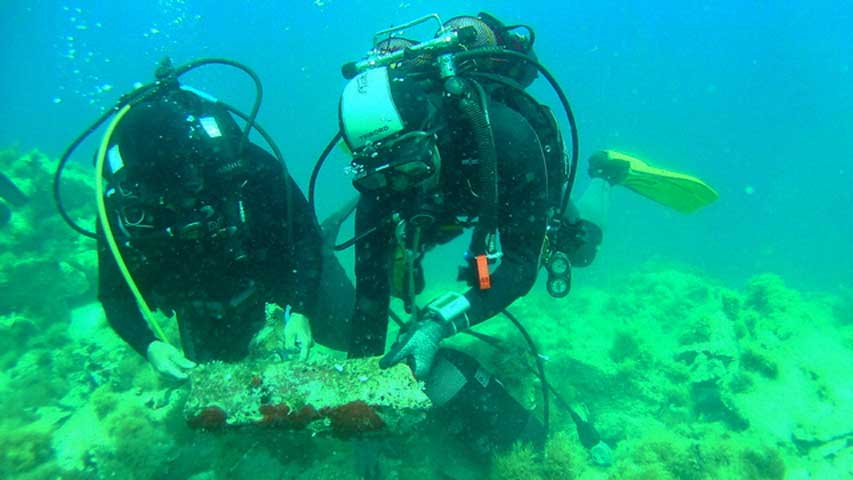 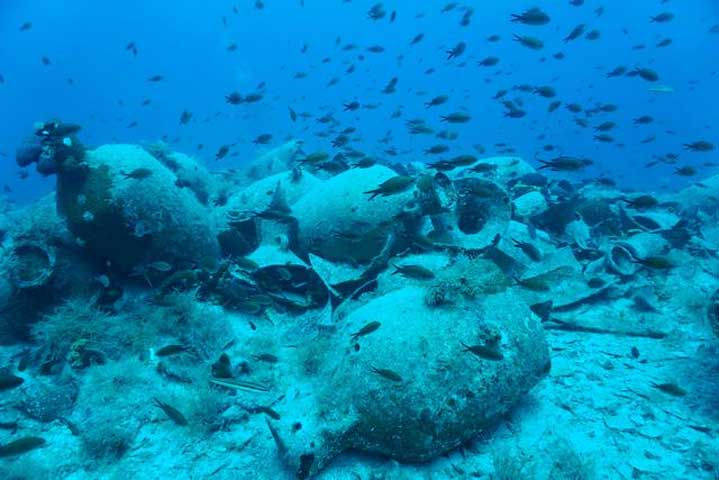 The findings help reconstructing a complete archaeological picture of the island

A new archaeological survey was conducted in Delos from May 2 until May 20.

During the survey archaeologists carried out an in-depth investigation of the breakwater structure, which in antiquity protected the central harbor of Delos (Sacred Harbor) from the strong northwestern winds. The structure is now underwater, because the sea level has risen by two metres since antiquity.

The breakwater was an “impressively strong structure, roughly 160 metres long and at least 40 metres wide. It was built on a pile of untreated rocks, while its upper structure was for the great part constructed of granite blocks of impressive size.”

When the breakwater was built remains unknown. To determine the construction date further archaeological and geological research will be needed.

Furthermore, walls of buildings and parts of a fallen colonnade along the shore, within and in the north of the Sacred Harbor were mapped.

North of the breakwater and at a relatively shallow depth, the remains of a Late Hellenistic shipwreck were located. Its cargo consisted mainly of amphorae used to carry wine and oil from Italy and the Western Mediterranean.

Two more Late Hellenistic shipwrecks were found: one at Cheronnesos (in the south of Delos) and the other at Rineia at the Fylladi Bay.

The shipwrecks at Cherronessos, Fylladi, Kato Kerenale and the central port date to the period when the island was at the height of its prosperity (end of the 2nd c.-early 1st c. BC), before it was ransacked by Mithridates and the pirates of Cilivia. The presence of amphorae from regions outside the Aegean (such as Italy, Spain, North Africa) is very important, as it proves that the island had trading relations across the Mediterranean during the Hellenistic period. Also important is the discovery of some amphorae dating to earlier periods (e.g. 5th c. BC), when little is known about the trading relations in the area of the island.

The discovery of amphorae antedating the sack of Delos (2nd-4th c. AD), as well as of the shipwreck at Fournoi, show that the island continued to be inhabited after this event and that it was still playing a significant part in trade and navigation of that period.

The location of coastal ancient remains, of port facilities, the discovery of shipwrecks dating to different periods and of new shipwrecks at the channel between Delos and Rineia, and the new significant finds retrieved (plates, lagynos, jug and intact clay cooking vessels) confirm that Delos was an important trading base and an important maritime trade route through the ages, linking the east and west Mediterranean.

The results of this survey help reconstructing Delos’ archaeological and historical image.