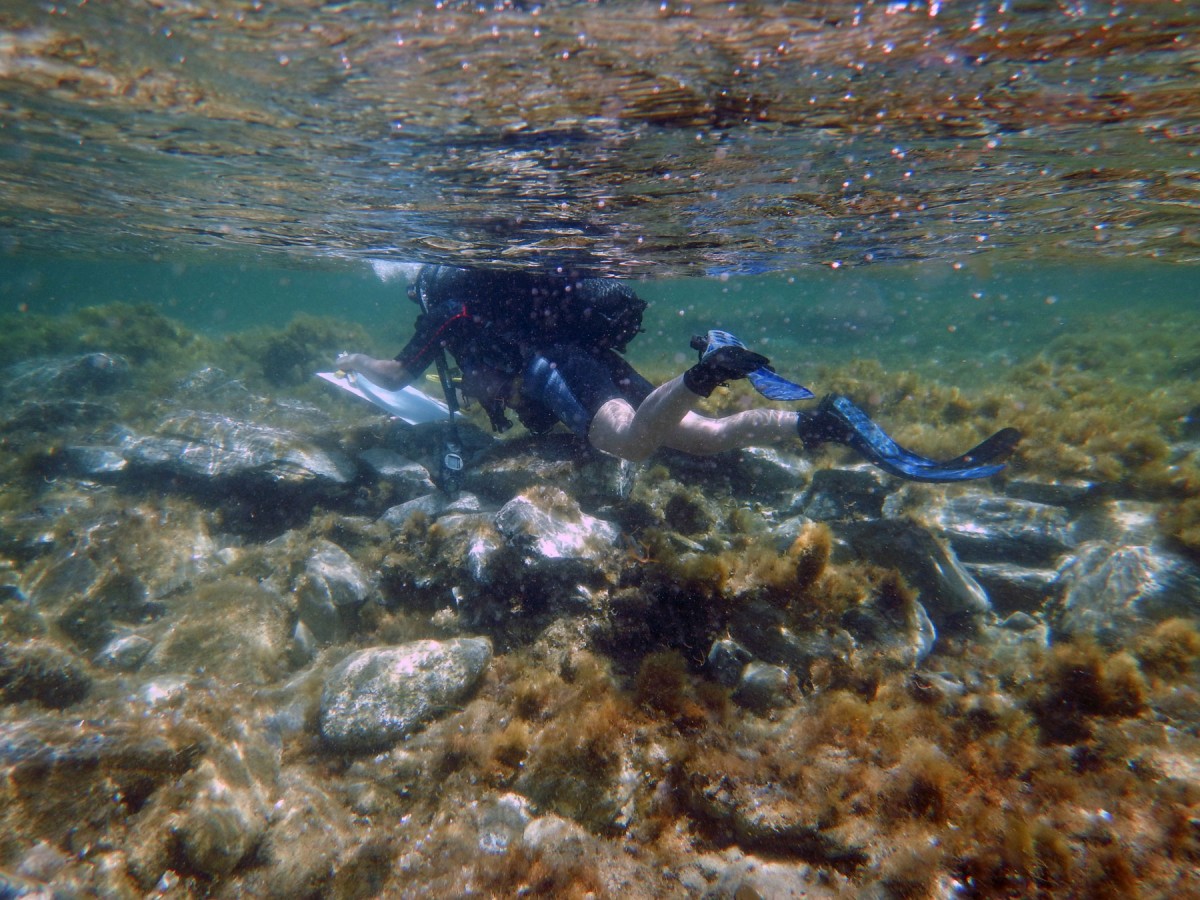 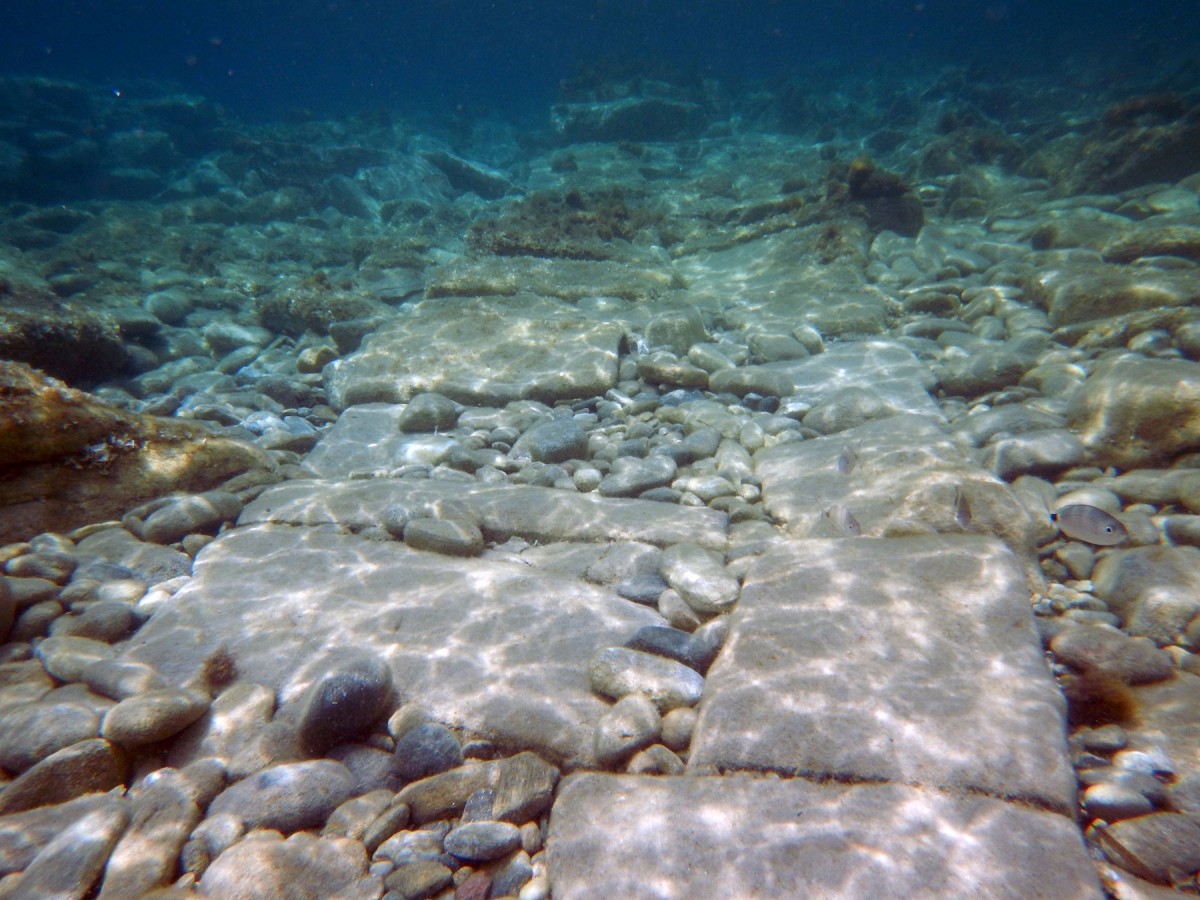 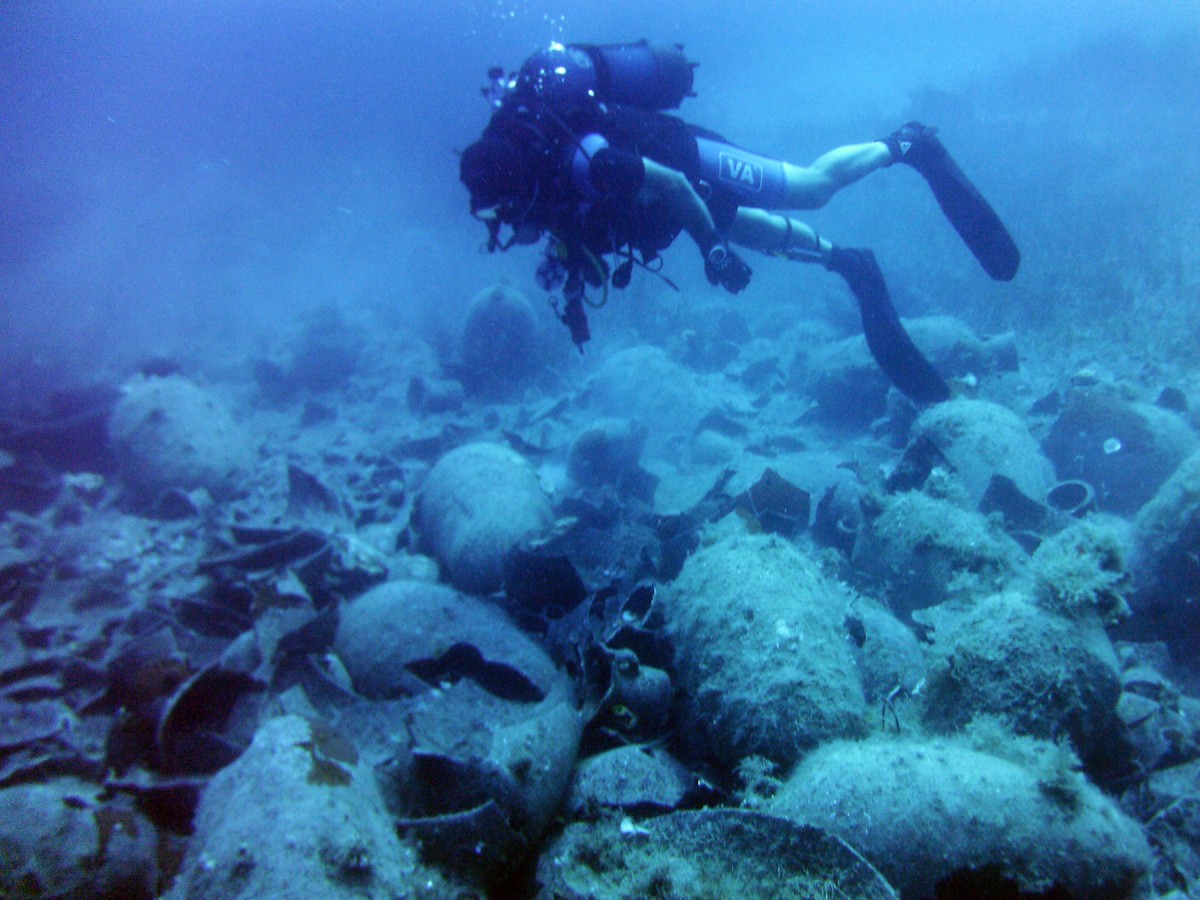 Research has been continued in the sea area between Delos and Rhenea by the Ephorate of Underwater Antiquities in collaboration with the National Hellenic Research Foundation from May 25 until June 15. The collaboration is part of the survey funded by the University of Birmingham and headed by Dr Mantha Zarmakoupi (scientific responsible, architect and underwater archaeologist) from the National Hellenic Research Foundation regarding the city planning of Delos during the Late Hellenistic period.

The aim of the underwater survey was to map the remains in the sea area of the Skardanas District and to conduct in situ investigations for the location of ancient shipwrecks off the coast of Delos and Rhenea.

During the survey, walls of buildings were located and mapped along the shoreline. Also, columns and pillars were found at a depth ranging from 5 to 20 metres. Furthermore a construction with strong foundations (fig. 1) has been located and mapped, possibly belonging to port facilities (fig. 2). The location of the shipwreck of an ancient cargo ship at a distance of 35 m from this construction strengthens this assumption, which however can only be confirmed by excavation surveys.

The underwater survey off the coast of Delos by the Ephorate of Underwater Antiquities and the National Hellenic Research Foundation thus clarifies the function of the secondary ports of Delos. It seems that in the bay of the Skardanas District (fig. 3) a commercial harbor was used in an auxiliary manner next to the central ancient harbor of Delos.

Moreover, the research team conducted underwater in situ investigations on the north side of the Skardanas Bay and along the shoreline of the Rhenea island, during which 7 shipwrecks of ancient commercial vessels were found: six shipwrecks dating to the Late Hellenistic and one to the Roman period (fig. 4). Delos has experienced rapid economic growth after 167 BC, when Romans put it under Athenian rule and used it as a commercial center connecting the Eastern and Western Mediterranean. Also, the channel between Delos and Rhenea is one of the most important maritime passages in the Aegean. While finding Late Hellenistic shipwrecks does not surprise researchers, the Roman period shipwreck proves the continuation of the trading activity at the Delos port, a fact linked also by recent researches to the habitation of Delos during the Roman era.