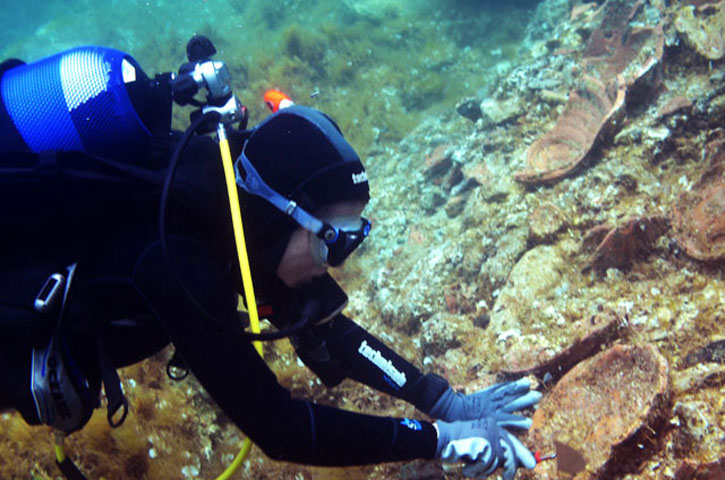 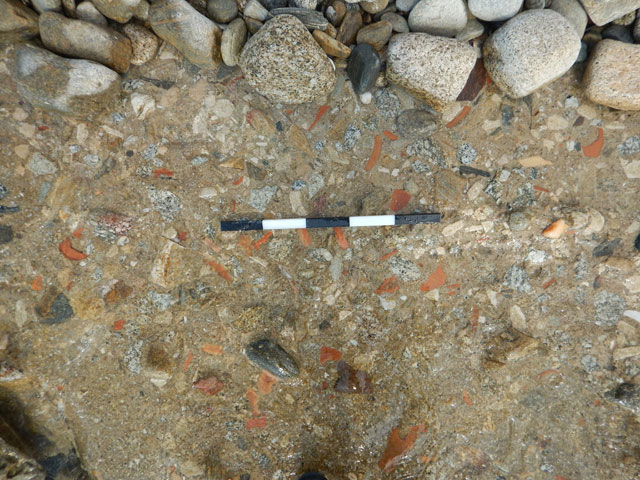 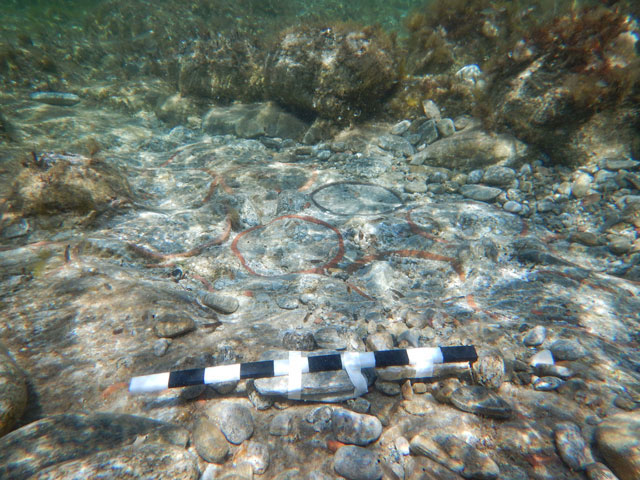 New finds in the waters north-east of Delos

The use of the sunken buildings

The new finds which came to light during the investigations conducted by the Ephorate of Underwater Antiquities in collaboration with the National Hellenic Research Foundation on the northeastern side of Delos, were announced yesterday. The collaboration is part of the survey funded by the University of Birmingham and the Roman Society and headed by Dr Mantha Zarmakoupi (scientific responsible, architect and underwater archaeologist) from the National Hellenic Research Foundation regarding the city planning of Delos during the Late Hellenistic period.

Aim of the underwater surveys were to re-identify and map the remains in the sea area of the Stadion District (Quartier du Stade). In the past these remains had been identified as port facilities. However during the archaeological investigation in October 2014 it was found out that they are in fact settlement remains, e.g. the eastern borders of the Stadion District. Researchers came to this conclusion after finding a floor with 16 in situ embedded clay vessels (amphoriskoi), semi-preserved.

During the survey the storage vessels found in depth of 1,5-2 meters in October 2014 were cleaned. During the cleaning, two more vessels were found. The 18 storage vessel were again graphically illustrated and photographed. Also a floor with another 15 embedded storage vessels was located in a depth of 70 cm and mapped.

This second room is part of a building with at least 5 rooms, located along the shoreline, enclosed between two streets. The floor of the building is embedded in the beachrock. The room containing the 15 vessels is situated about 10 meters away from the shoreline. The walls of the building and 9 fallen fragments of columns, apparently part of its colonnade, were mapped.

The underwater surveys of Delos clarify the use of the sunken buildings in the Stadion District. It seems that in this area a second commercial harbor was used in an auxiliary manner next to the central ancient harbor of Delos in the west part of the island.