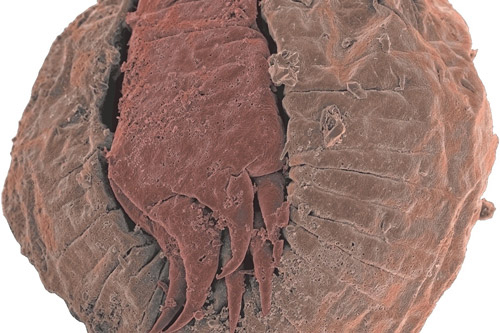 Just how old are animals?

The origin of animals was one of the most important events in the history of Earth. Beautifully preserved fossil embryos suggest that our oldest ancestors might have existed a little more than half a billion years ago.

Yet, fossils are rare, difficult to interpret, and new, older fossils are constantly discovered.

An alternative approach to date the “tree of life” is the molecular clock, which was introduced in the early 1960s by twice Nobel Laureate Linus Pauling which uses genetic information.

Early molecular clock studies assumed that mutation accumulated at a fixed rate across all species and concluded that our oldest ancestor might have existed around 1.5 billions of years ago, a date that is almost three-times as old as the oldest fossil evidence of animal life.

These results sparked heated, scientific debates that only eased off in the last decade when a new generation of more realistic “relaxed” clock methods, that do not assume constancy of the mutation rate, started to close the gap between molecules and fossils indicating that animals are unlikely to be older than around 850 million of years.

However, using a recently developed relaxed molecular clock methods called RelTime a team of scientists at Oakland (Michigan) and Temple (Philadelphia) dated the origin of animals at approximately 1.2 billion years ago reviving the debate on the age of the animals.

Puzzled by the results of the American team, researchers from the University of Bristol and Queen Mary University of London decided to take a closer look at RelTime and found that it failed to relax the clock. Their findings are published today in the journal Genome Biology and Evolution.

Professor Philip Donoghue from the University of Bristol’s School of Earth Sciences, said: “What caught our attention was that results obtained using RelTime were in strong disagreement with a diversity of different studies, from different research groups and that used different software and data, all of which broadly agreed that animals are unlikely to be older than approximately 850 million years.”

Dr Mario dos Reis, a co-author from London, added: “Generally scientists use Bayesian methods to relax the clock. These methods use explicit probability models to account for the uncertainty in the fossil record and in the mutation rate.

“Bayesian methods borrow tools from financial mathematics to model variation in mutation rate in a way that is similar to that used to model the stochastic variation in stock prices with time.

“By applying these sophisticated mathematical tools, Bayesian methods relax the clock and estimate divergence times. However, RelTime is not a Bayesian method.”

Dr Jesus Lozano-Fernandez, also from the University of Bristol, added: “Estimating divergence times is difficult and different relaxed molecular clock methods use different approaches to do so. However, we discovered that the RelTime algorithm failed to relax the clock along the deepest branches of the animal tree of life.”

“RelTime suggested that animals are much older but it turned out that it suffers from the same problems of the early clock methods.

“This clearly indicates that older ideas suggesting that animals might be twice or three times as old as the oldest animal fossil are erroneous and only emerge when changes in mutation rate are incorrectly estimated.

“RelTime results sounded like a blast from the past, but their provably erroneous nature ended up blasting these same old ideas that they were trying to revive.”