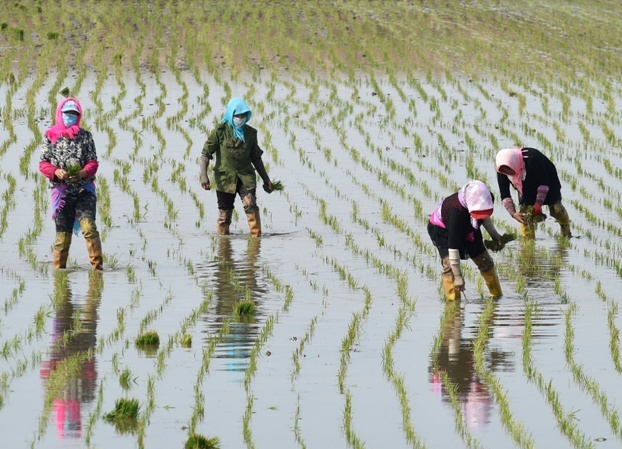 Rice first domesticated in China at about 10,000 years ago

Rice, one of the world’s most important staple foods sustaining more than half of the global population, was first domesticated in China about 10,000 years ago, a new study suggested Monday.

“Such an age for the beginnings of rice cultivation and domestication would agree with the parallel beginnings of agriculture in other regions of the world during a period of profound environmental change when the Pleistocene was transitioning into the Holocene,” Lu Houyuan, professor of the Institute of Geology and Geophysics at the Chinese Academy of Sciences, who led the study, said.

Questions surrounding the origin and domestication of rice have led to a lot of debate in the last decade.

Rice remains have previously been recovered from the Shangshan site in the Lower Yangtze of China and recognized as the earliest examples of rice cultivation.

However, the age of the rice fossils was derived through radiocarbon dating of organic matter in pottery shards, which can be contaminated with older carbon sources, Lu said.

To constrain the age of the phytoliths, the researchers developed new ways of isolating rice phytoliths from carbon sources, such as clays and carbonate, and dated the samples directly using radiocarbon dating.

It turned out that phytoliths retrieved from the early stage of the Shangshan site are about 9,400 years old.

That means that rice domestication may have begun at Shangshan at about 10,000 years ago during the beginning of the Holocene, when taking into account the distance between phytolith samples and the lowest bottom of cultural strata of the site as well as a slow rate of rice domestication, Lu said.

The time coincided with the domestication of wheat in the Near East and maize in northern South America, both of which are also believed to have occurred at about 10,000 years ago, when the global climate experienced dramatic changes from cold glacial to warm interglacial.