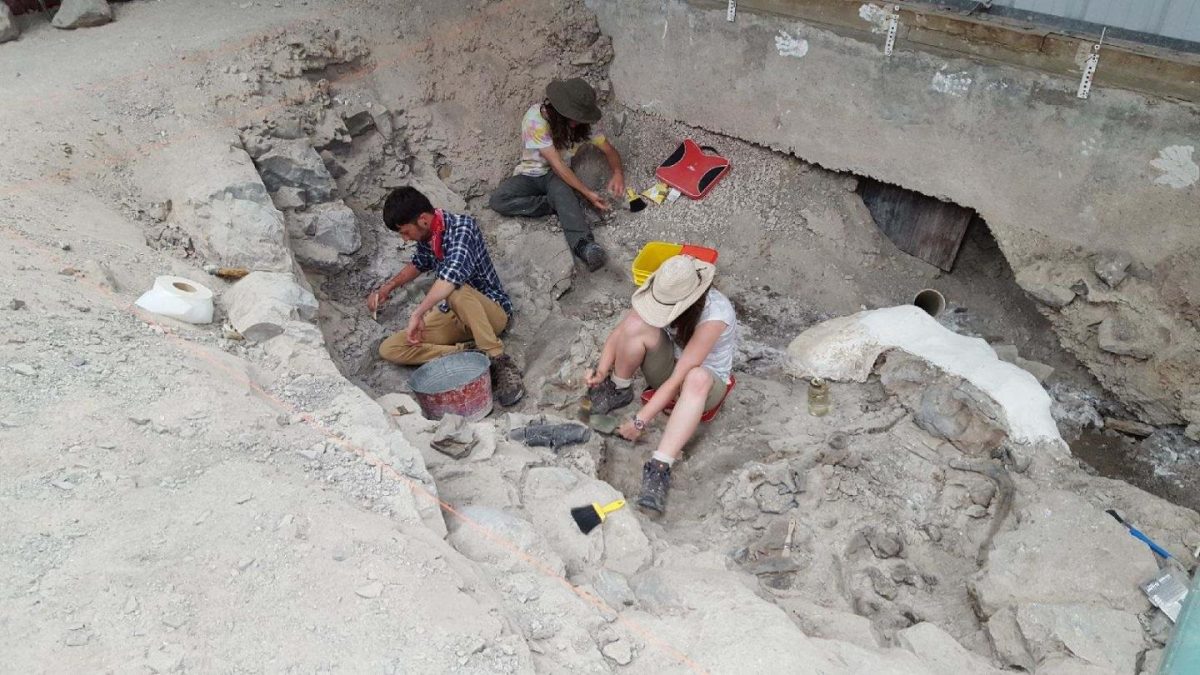 New data for old bones: How the famous Cleveland-Lloyd dinosaur bone bed came to be

The Cleveland-Lloyd Dinosaur Quarry is the densest collection of Jurassic dinosaur fossils. Unlike typical Jurassic bone beds, it is dominated by the famous predatory dinosaur Allosaurus.

Since its discovery in the 1920s, numerous hypotheses have been proposed to explain the origin of the quarry. Were the dinosaurs poisoned? Did they die due to drought? Were they trapped in thick mud?

A new study published in the peer-reviewed journal PeerJ introduces modern techniques to better understand the landmark site’s history, suggesting that the quarry represents numerous mortality events which brought the dinosaurs to the site over time, rather than a single fatal event.

This study reveals that the small bone fragments were created during drought periods by weathering and erosion of bones disintegrating at the surface. During flood periods, however, the carcasses of Allosaurus and other dinosaurs washed in and rotted in a small pond, creating an environment in which fish, turtles, and crocodiles could not survive, and other dinosaurs would not eat the carcasses.

The data generated from new and innovative methods, including chemical analyses and the study of microscopic bone fragments, suggest that dinosaur bones were introduced to the deposit after death. This would also explain the unusual lack of typical pond fossils at the site, as well as the near lack of gnaw marks on bones and calcite and barite concretions found on bones excavated from the quarry.

The new hypothesis helps paleontologists understand the setting of the quarry, and to begin to unravel the mystery that led to this unique, Allosaurus-dominated bone bed.