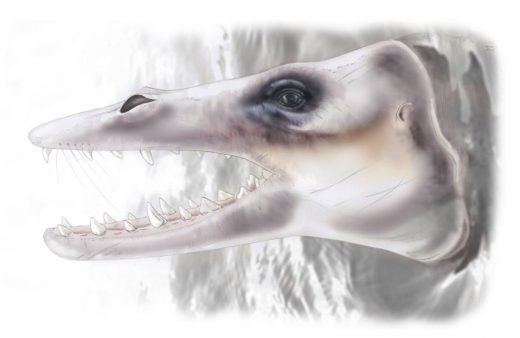 This is an illustration of one of the two protocetid species from Togo. Credit drawing © M.J. Orliac, based on the reconstruction of the skull drawn by Róisín Mourlam.
- +
Listen by Archaeology Newsroom
14 06 '17 09:25

Extinct early whales listened like their relatives on land