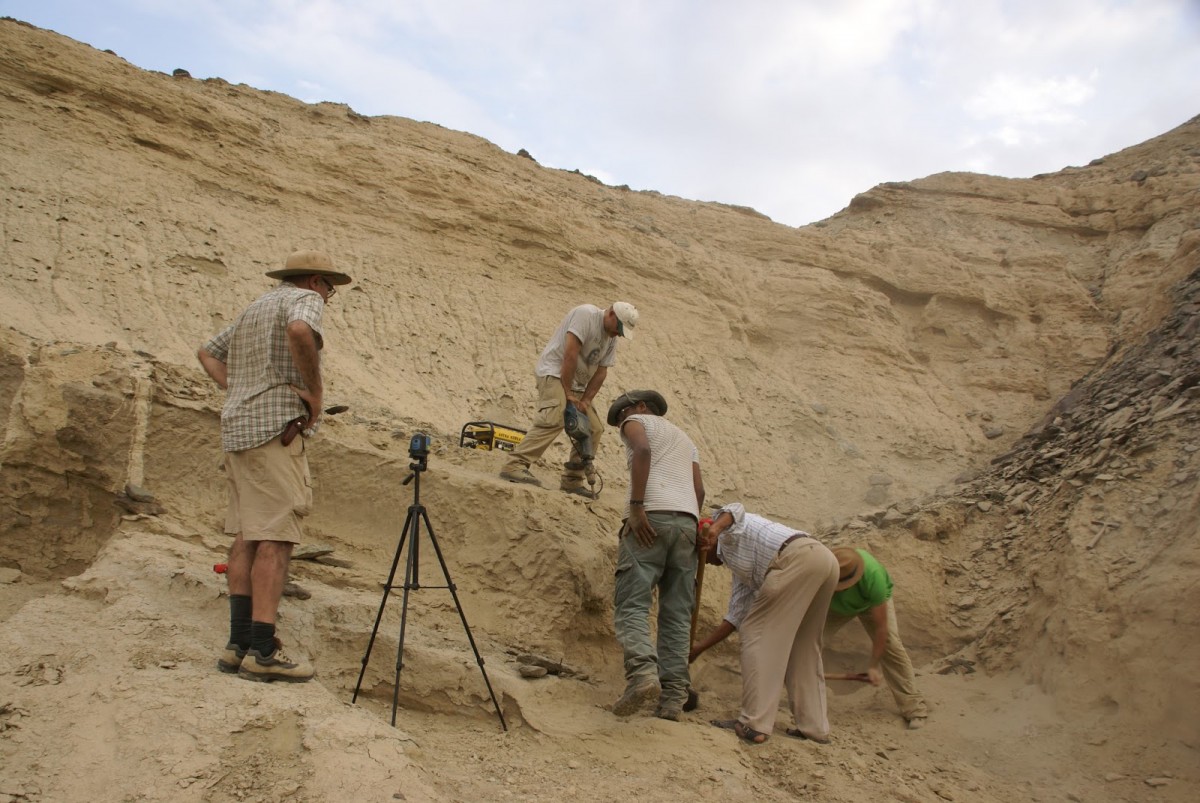 A few days ago a research team from IPHES left to Eritrea, to develop a new field season at the Engel Ela-Ramud basin, in the Danakil depression, next to the Ethiopian border. This research project, entitled “Cuna de la humanidad: Eritrea-Valle del Rift” (Cradle of humankind: Eritrea-Rift Valley), is directed by Bienvenido Martínez-Navarro (ICREA Research professor) and Eudald Carbonell (Full Professor of Prehistory at Universitat Rovira i Virgili of Tarragona), two attached to IPHES.

The Danakill depression is one of the most inhospitable regions of the world. It is a rocky desert where practically every day of the year reaches the 50ºC, in some occasions even the 55ºC, and it is very rare to going below the 20ºC at night. It is inhabited by the Afar tribe, that still lives in a very precarious conditions, in stone and log huts, with a very water scarcity, and with an economy based in goat, donkey and camel grazing, animals that can hold the heat and the thirst well.

In this basin, during the last four field seasons (held on 2012, 2013, 2014 and 2016), the research team has located a very complete stratigraphic series that embraces the period from more than 6 million years ago to practically nowadays, and therein the team has found a good record of fossil large mammals (elephants, hippos, pigs, large bovids, gazelles, horses, hyenas, and others) and other vertebrates like crocodiles and turtles, in addition to abundant lytic artifacts, some of them very old, from the Early Pleistocene,  in the process of datation, that can be more than two-million-years-old.

The work and research team also includes the archeologist Xosé-Pedro Rodríguez Álvarez (Research Director of IPHES), the paleontologists Tsegai Medin (an Eritrean researcher attached to IPHES, through a postdoctoral scholarship supported by the Atapuerca and Palarq foundations, equally divided), Sergio Ros-Montoya (University of Málaga), the Andalusian aid worker Francisco Pérez-Benitez, the director of the National Museum of Eritrea, Dr. Yousief Libsekal, and Mr. Dawit Araia, from the same institution.

Also, between February 27th and March 2nd, the research project of Engel Ela-Ramud will be presented at the Youth Mobile Festival Barcelona (YoMo Barcelona) that will be held within the framework of Mobile World Congress 2017, in the Monjuïc Fair, where more than 20,000 students of ESO and Baccalaureate, from Catalonia and the rest of Spain, will be moved to Barcelona during the four days to participate in this Science and Technology international event.

The Engel Ela-Ramud project will be presented in YO MO, through “La ciència al teu mòn”, an enterprise from scientists of important research centers and communication experts, in collaboration with education and technology experts. That lets to give a realistic vision of science and scientific community.