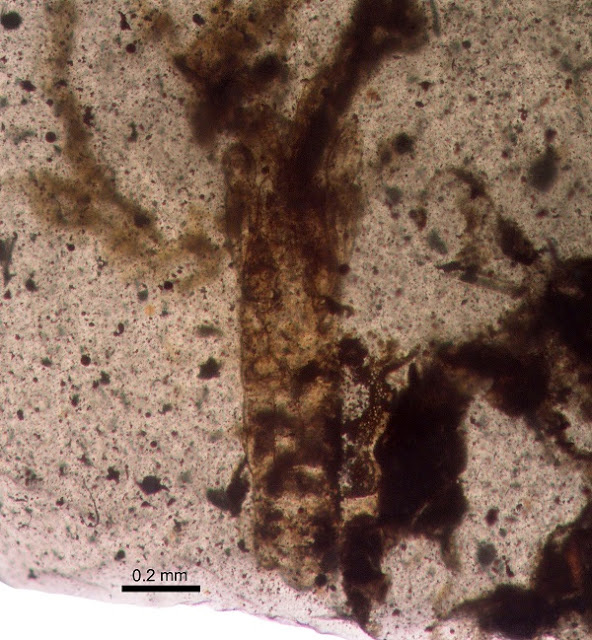 The 'Mother of Dragons'

A scientific team has found the first evidence of parental care in Tanaidaceans, dating back to more than 105 million years, according to a new study published in the journal Scientific Reports, from Nature group.

These new findings are based on the study of three small crustaceans from different species of the Cretaceous –Alavatanais carabe, Alavatanais margulisae and Daenerytanais maieuticus– preserved in amber pieces from the sites in Peñacerrada (Álava, Spain) and La Buzinie (Charente, France), reference models in the study of fossil records in amber with bioinclusions of the Mesozoic in Europe.

However, there is not a lot of fossil evidence of caring behaviours in crustaceans. Although parental care is documented in fossil records -for instance in ostracods from 450 million years ago- the published article in the journal Scientific Reports shows the first evidence of this behavior in Tanaidacea; a group of small crustaceans belonging to the superorder Peracarida.

“These new findings make up for the first fossil evidence of parental care in the order Tanaidacea. The findings show that certain caring behaviours and related morphological adaptations already existed during the Lower Cretaceous and were almost kept without changes for more than 105 million years” says the researcher Alba Sánchez (UB-IRBio), first author of the study.

A feature of Tanaidaceans —and other peracarid crustaceans— is that females have the marsupium, a ventral brood pouch to retain and protect the eggs. After the fertilization, eggs develop into embryos and then young individuals inside the marsupium.

According to the lecturer Xavier Delclòs (UB-IRBio), “The marsupium represents a safe environment for the offspring and may contribute to the success of tanaidaceans in different habitats (marine and freshwater environments, and even humid terrestrial areas), as proposed for some tanaidaceans found in Cretaceous amber.”

According to the new study, the two tanaidacean specimens found in amber pieces from Álava (Spain) —two females of Alavatanais carabe and Alavatanais margulisae— show structures involved in the formation of a marsupium to carry eggs and offspring in sexually mature females.

Regarding the French site of La Buzinie, the specimen they identified is a female of Daenerytanais maieuticus, which was preserved in amber together with her marsupium full of eggs. This fossil, representing a new genus and species, is named after the fiction character Daenerys Targaryen, “Mother of Dragons,” from the series of fantasy novels A Song of Ice and Fire, written by George R. R. Martin, which inspired the well-known TV series Game of Thrones.