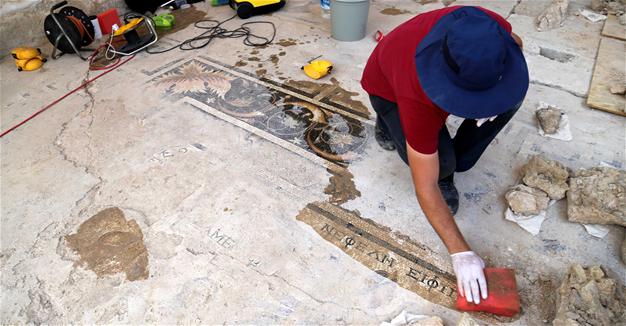 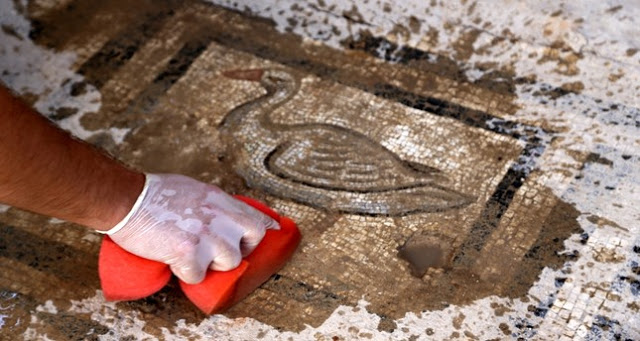 Depicting the sacrifice of Iphigenia

A new mosaic has been discovered in the ancient city of Perge, Turkey, with an illustration of the sacrifice of Iphigenia, daughter of king Agamemnon and Clytemnestra during the Trojan War.

The mosaic is 1,800 years old and the announcement of its discovery was made by Antalya Museum Director Mustafa Demirel, who is head of excavations in Perge. Archaeologists discovered the mosaic while digging at a shop located on the ancient city’s West Street. It was in the basement of the shop. Excavations have yielded various sculptures and artefacts but this is the first finding of such magnitude to be discovered in the area.

The mosaic depicts the sacrifice of Iphigenia to the goddess Artemis. As the story goes, Iphigenia’s father killed an animal consecrated to the goddess. The goddess reacted to the offense by causing the winds, necessary for the fleet set to leave for Troy, to stop. Agamemnon, with an entire army waiting for him to sacrifice his daughter decides to carry on the deed, but just as Iphigenia is about to be sacrificed the goddess sends a deer which is sacrificed in her place. Thus, the winds start blowing, the fleet sails to Troy, and Iphigenia becomes a nun in the temple of Artemis.

According to Demirel, archaeologists expect to make similar discoveries in the future.