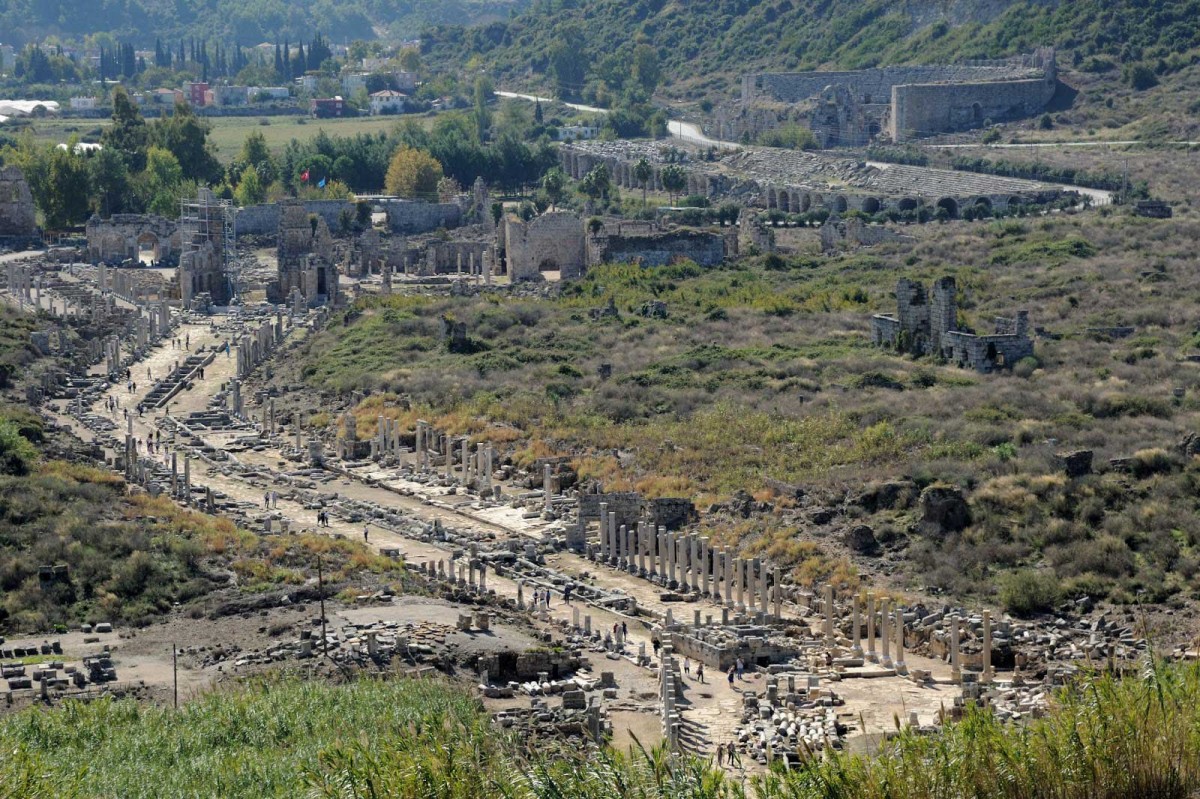 After 65 years of excavations

The city of Perge, an ancient Greek city in Anatolia and the capital of Pamphylia, in the southern province of Antalya will finally open to visitors by the end of summer following excavations.

Ancient Perge is situated approximately fifteen kilometers to the east of Antalya. Today it is a large site of ancient ruins. Excavations and surveys at Perge first began in 1946 and, except for some short interruptions, have continued up to the present day. The Perge excavations are the longest-running in Turkey. Over 65 years, archaeologists have unearthed 20 to 25 percent of the ancient city. Among those ruins are two thermae baths, city gates, an agora, streets, three fountains and some parts of houses. During the latest excavations archaeologists found mosaics and the street of the ancient city.

Experts working at the site said the unearthed water channels were restored according to the original aesthetic architecture of the city.

During the latest excavations, a façade was also revealed, along with two sculptures from the Nymphaion of the ancient city, as well as eight god and goddess sculptures, and the western column of the city’s three friezes.

The friezes prove that they belong to Roman era in the 2nd century. They have been protected very well, according to the experts.

Earlier, the excavation team discovered a script, a fountain, a god figure, a sculpture and an Eros sculpture. This year and last year, they unearthed more than 200 sculptures in Perge. The sculptures exhibited at the Antalya Museum are all from Perge.

The team believes that Perge was one of the largest sculpture workshops in ancient times. Perge hosted the final process works for sculptures during ancient times.